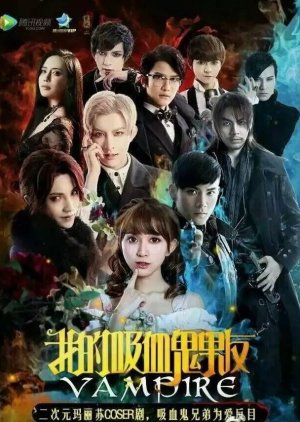 Chu Lian Han (Cu Cu) is a college freshman who meets the enigmatic brothers of the Situ Family but she realizes that they are actually vampires who might have something to do with the mysterious disappearance of her father. Edit Translation 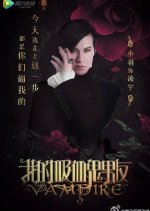 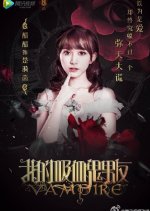 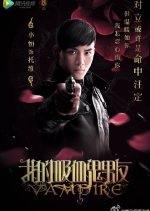 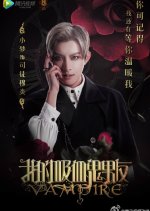 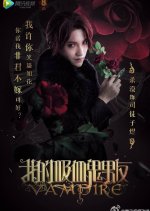 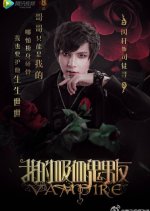 Completed
tattylovestofly
6 people found this review helpful
Other reviews by this user
1
Feb 27, 2017
12 of 12 episodes seen
Completed 1
Overall 7.0
Story 6.5
Acting/Cast 7.0
Music 5.0
Rewatch Value 4.5
Status - Dropped: Ep 3
Okay so judge me for not giving this a whole hearted try but it was just too weak for me to carry on any longer.
As far as a watched this wasn't a complete disaster of a drama, it just gave off the feeling that it was a bit amateurish. Starting with the easiest subject, the music seemed muted and cheap. Take the nightclub scene for example: maybe Chinese nightclubs normally play the music quiet enough that you can actually hear people speak, but it just kinda underline the music guy had actually accidentally turned off half the track. The music sounded like cheap stock music you could download from the internet, not particularly impressive and rather repetitive.
The acting.. this show stars a bunch of newbie actors and it showed. Maybe the cliche and corny script didn't give them any favours either, but it just seemed to be rather weak acting. Don't get me started on the female lead. Not only did her train of thought seem to be very much padded in cotton wool but any noise she made which was not a word sounded like some sort of meek and mild erotica.. but then again the other lady who died also moaned like she was enjoying the pleasures of life... I think the sound effects general where terrible. In episode three a guy gets killed and he legit makes a squeaky toy noise, I cracked up for the rest of the episode.
I can't give a riveting review as I could not finish this drama, however I felt I should at least give the reasons of why I thought it was not very good and give a review up till where I ended. I'm sure a lot of effort was put into the making of this drama however my impression up till the point i dropped it was that this drama just felt weak. If you're into pansy female leads and weird obsessive vampires, allied up in a questionable plot line, this could be the drama for you!

Was this review helpful to you?
Completed
Una M'Sand
2 people found this review helpful
Other reviews by this user
0
Feb 3, 2019
12 of 12 episodes seen
Completed 0
Overall 7.0
Story 6.0
Acting/Cast 6.0
Music 8.0
Rewatch Value 8.0
This is one of those dramas which are so bad that they are good - u feel me?
I enjoyed it tho, not gonna lie.

Story
The plot line resembles Diabolik Lovers and Vampire Knight - in case you are familiar with those two. I feel like it helps a lot to know those two stories to actually understand what is going on and ignore the very fast paced progress. The whole drama jumps from one event to another, leaving no time for the characters to adjust or even think about what's currently happening. So the script is kinda weak. No, let me cross that out. It's hella weak. You can tell that the scriptwriter has little to no experience in screen writing. It's quite a shame considering the catching (even tho it's cliche) plot.

Acting/Cast
Unfortunately, nearly the whole main cast is new to the acting business - you can tell, oh boy.
Have you seen any of those mini series with an freshly debuted idol group as main cast? Yeah, it's on that level. Very stiff acting, credibility probably lower than my dignity and overall just a lost case. But they do look good and suit their roles. Eye candy everywhere. Flawless skin and fantasy/mystic aura.

Music
Honestly, I don't really care about the music in dramas. Of course I will mention it whenever a drama has an incredible OST (like Castle in the sky, DotS, Goblin and Korean Odyssey) but this one is nothing special.

Rewatch Value
I am not someone who rewatches stuff. If I rewatched a drama for multiple times it has to be a 13 out of 10, 6 stars on yelp, award winning, super interesting and touching story. Or just be so short that I won't feel like wasting time. So in conclusion: nah, I'm good with watching it once.

Overall
Do you look for a drama with great acting, innovative plot and great writing? Yeah, nah, this is not for you. I don't think any self claimed drama elitist/snob would survive this mess of a drama. Before watching it, anyone should definitely lower their standards. Why? Because I am someone with very low standards thanks to my burning imagination. I can keep up with shitty acting and writing without even noticing it. But at this point, even I noticed the flaws. I'm just saying - u know.
Anyhow, I feel like it's just a very unlucky mix of various weak points.
The writing and directing made it for the newbie actors even harder (nearly impossible if you asked me) to succeed. On the first glance it looks like a high production value drama. The clothes, interior and houses and make up were done impressively. But unfortunately, it couldn't compensate for the amateurish mistakes such as weak camera work (weird angles, blurry pictures) and - as already mentioned before - the bad script. Very bad script.

And I just realized that there is a season two. This is great. XD I'm gonna die.