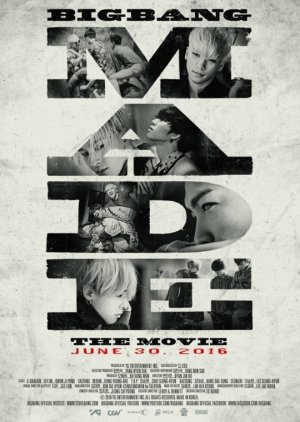 In April 2015, Big Bang made a comeback after a three-year hiatus, and their Made World Tour ended with a great success drawing 1.5 million people. The movie follows Big Bang from the beginning till the end of their world tour in a documentary format to give up close and personal view of their 340 days journey on the tour as they perform in 32 cities in 13 countries. The movie will be a collection of the five singers off guard in their natural state having fun on-stage during the concerts, the behind-the-scenes videos of made concerts and albums, backstage and offstage. The film also included interviews with each member. Edit Translation 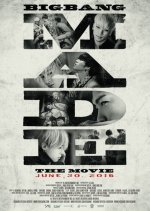 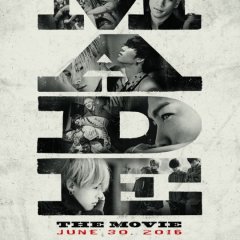 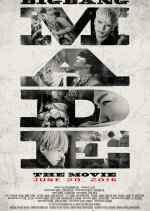 Completed
Jeana
11 people found this review helpful
Other reviews by this user
0
Feb 22, 2018
Completed 0
Overall 10
Story 10
Acting/Cast 10
Music 10
Rewatch Value 10
It’s times like these where I fervently wish that I was a better writer, so that I could adequately transcribe the utter intensity of emotion and feeling that I have for the things that touch me so deeply.

I’ll try to keep this review objective with all the biases temporarily put aside because you don’t have to be a Bigbang fan to enjoy this. You don’t even have to me a K-Pop fan. All you have to be is someone who appreciates music and all the hard work that’s invested in it.
The thing that is so attractive about this film is the sheer honesty it comes with. It doesn’t take you on a sappy journey of how these boys grew into men together or stories about their early hardships, no, instead it shows the real world where these grown men continue to strive forward holding on to each other and struggling even when they’ve reached the top.

There are a lot of things that most artists don’t want you to know. You see a supposedly candid moment on stage between members and you write a billion fanfictions inspired by it. You read into it, you make your own conclusions but what you don’t know is that “candid” moment is probably practiced a billion times off-stage. You think your idols are perfect and faultless but when nobody's looking, they swear, they throw tantrums, they get angry, they hurt and they are wholly human. That’s what this documentary shows you. This is what this group says: This is who we are and we’re unapologetic about it.

It starts with the group in a retro film setting, wearing suave suits and looking oh so polished but slowly proceeds to peel back layers and lets you see a raw glimpse in the life of superstars who are at core ordinary human beings. While there are goofy, no-makeup, almost cringeworthy moments where these artists let go of the facade and bask in a childlike glee, the highlight of the film is the portrayal of Bigbang’s biggest strength: Their work ethic. You get to see the nitty gritty of music production and all the factors that go into bringing a fabulous concert stage to life. Every single member participates in every single detail of the process tweaking it into something closest to perfection.

Five billionaires in the room and nobody wants to spend out of their own pockets. Stingy, you say. But isn’t it also somewhat relatable? These men didn’t grow into wealth, there was no small loan of a million dollars to help them through, they build their empire from the bottom ladder and climbed to top with many a missteps.

You know the true essence of a person when you hear the views of people working under them and here, Bigbang takes the backseat and lets the team who played a huge part in making them who they are do the talking. It’s emotional, heartfelt and sincere.

Then there are the lows that you don’t see on camera. The sweat, the bruises, the pain that we never take into account. Bigbang doesn’t boast those things or throws a pity party, they just straightforwardly put everything in front of you like they’ve done with everything else as of yet:
This is how it is. Make of  it what you will.

If you’re a hard boiled, bitter cynic like me with “Don’t believe everything you see on T.V” stamped on your forehead, you’ll probably doubt the authenticity of emotion here too but the thing is, somethings just can’t be faked and even if 1% of this film rings true to you, that’s already hugely impactful.

It makes you laugh out loud, tear up and most importantly it makes you “feel”, the ability of which we’re slowly losing as the time goes by.
The brotherhood between these men is almost tangible. They’re tied together, completely in sync with each other's mannerisms and weaknesses and it shows without trying.

The film has great cinematography and direction, seamlessly transitioning between real life videos and on-stage song performances all the while bringing out the best in everything. There’s style, love friendship and nostalgia all mingled together in this 2 hour worth masterpiece.

Finally as a fan, I’d like to say that this is the perfect gift for the fandom. It’s an everlasting piece of them that stays relatable and true no matter what changes time brings. Re-watching this after such a long time, with an entirely different perspective, I felt so many different emotions but one thing that stayed the same was my rating because even if you don’t like it, you can’t help but appreciate the high quality of it. After so many things that have happened- both fortunate and unfortunate- and finally as they all go and have gone into military, coming back to this movie; a harbinger of hope and resilience, really does feel like coming full-circle.

As far as I am concerned when Youngbae looked straight ahead and asked the fans “We don’t know what the future holds for us but will you wait for us to see it together?” all I could do was scream “Yes” along with the million of others on the screen.

As far as your idols are concerned, don’t drown them under your expectations. As Jiyong said,
“For you, it’ll be sad that you won’t see us five people anymore but for us we might never see 1.5 million of you. We are losing much more, it’s much harder.”

And as far as Bigbang themselves are concerned, love them or hate them, you can’t ignore them. Their mark on Korean music and our lives is made and it’s there to stay.

New Topic
Be the first to create a discussion for BIGBANG MADE: The Movie 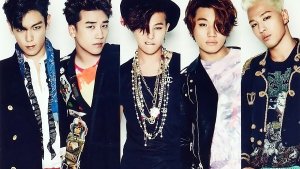 BIG BANG MADE: The Movie