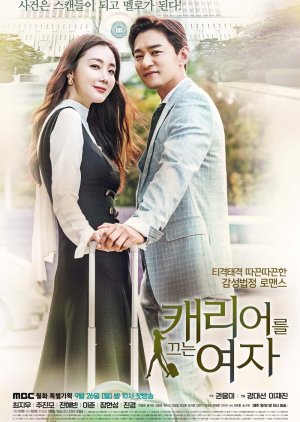 Cha Geum Joo was once an office manager with a thriving career, but that takes a major hit when she is penalized for violating the Attorneys-at-Law Act and sent to prison for it. The drama follows the success story as she comes back as an ex-con, and follows her dream to become an outstanding lawyer. Edit Translation 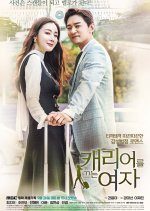 Completed
manicmuse
12 people found this review helpful
Other reviews by this user
1
Nov 25, 2016
16 of 16 episodes seen
Completed 1
Overall 7.0
Story 5.0
Acting/Cast 8.0
Music 7.5
Rewatch Value 6.0
I'm not sure what made me decide to watch this, or continue watching. I will say that the show had an odd appeal in spite of it's flaws. Part of it is a mature romance, but most of it is a light thriller revolving around a gifted paralegal who is good at getting to the bottom of a case... I guess it's pretty obvious that that is the lady with the suitcase.

Choi Ji Woo is great as Cha Geum Joo, and I admit I have never seen her in a drama before. She was likable early on, and I liked that she was a savvy lead, not a doormat. Her acting isn't perfect however, and there are more dramatic moments where she seems to try to play cute to the camera, which didn't really work for me. Luckily for her she was cast with two attractive and talented leads. Joo Jin Mo
as Ham Bok Geo "Hamburger" is grown and sexy, and a great match for her. I loved their flirty moments, and chemistry, especially in the beginning, although I kept wishing they would take things up a notch. He is an absolute charmer, and he charmed me in this role, though he's another actor I've never seen before.
Then there is Lee Joon as Ma Suk Woo, who was cute perfection. He was honestly my favorite character of them all, and I think the best actor. He managed to seem innocent, yet not naive. I loved watching his chemistry with Geum Joo when they worked together, though I admit she seemed waaaaaaaaaaaay too old for him. The love triangle between these three is pretty hilarious, even if it's a little unrealistic, they pull it off well. This was the highlight of the show for me.

The rest of the show is a messy melodrama revolving around a scandal I had a hard time following, and a mystery that didn't really grab my interest, but there is a villain that is really creepy, who I wish had a better storyline and more screen time. I still managed to enjoy the court scenes, which featured a great supporting cast, even if it was pretty obvious how things would go.

Then there's Jeon Hye Bin as Park Hye Joo (who I will forever think of as Oh Hae Young) who plays the main character's complicated sister. She is really good at playing a low key b!tch, but she honestly didn't have the acting chops to pull off such a complicated role. Her acting was so bad at times she seemed to be making fun of the role. There was just not enough depth, and I think that's this show's biggest problem. The character also had a few transformations that made no sense, especially at the end, but that could have maybe been fixed with better acting too, i think.

The show is pretty light hearted even though it deals with some very heavy themes, which I think worked against it. People treated things like going to jail, sex trafficking, being a fugitive, and even murder so lightly that I could barely take it seriously. The later episodes also focus so much on the melodrama that the show lost much of it's appeal. Still I liked watching the story unfold for some reason, and never thought about dropping it. The ending could have also been a lot better, but since the story wasn't a strong point, I'm not sure if it would have made much difference to my overall thoughts on the drama.

Overall, a pretty good cast made this show decent, and enjoyable. Like most shows it loses much of it's charm in the final episodes, but the cast made me want to stick with it. I doubt I'd watch it again, but I will miss some of the characters. I doubt this show will be high on anyone's favorite list, but I'm glad i checked it out. The fact that there are no other reviews seems so weird since I've seen much worse dramas with tons of reviews! I'd say it's the perfect "In the meantime" drama for those with nothing on their queue, and wiling to give it a chance.