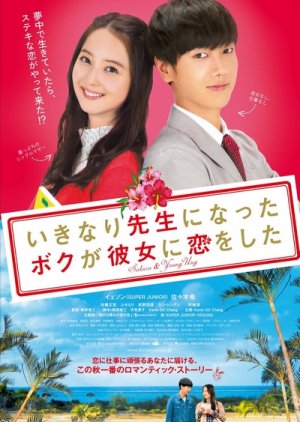 After being dumped by his girlfriend, the company Yong Woon works for goes bankrupt while he is in Okinawa on a business trip, so he needs employement. Single mother Sakura works for a travel agency and needs to learn Korean for her job. She then meets Yong Woon at a Korean language institute and their romance begins. Edit Translation 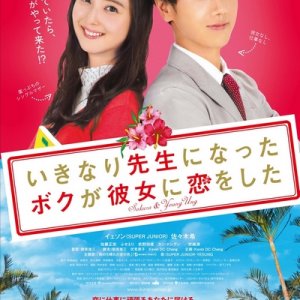 Completed
Senpai
3 people found this review helpful
Other reviews by this user
1
May 11, 2017
Completed 1
Overall 8.0
Story 8.5
Acting/Cast 8.5
Music 8.5
Rewatch Value 7.5
This review may contain spoilers
My Korean teacher, Yesung for some reason remembers my Korean teacher.

The movie revolves around Young-Ung, for those who do not know this citizen goes the tip, K-Pop, remembered? No!? And your say boy band, now remembered right? Not yet? And Super Junior, now it is.

In the film he plays a young Korean who lives and works in Tokyo for a ginseng delivery company. Unfortunately, your career in the company will be coming to an end after a last business trip to Okinawa and things start to go south very quickly when the business is under investigation for something they are sending with ginseng. To add more to the drama, Young-Ung's relationship also ends in a particularly bad way, leaving with nothing but the trip to Okinawa.

Only when he is feeling at his lowest level, two people come into his life that will change his direction of life. They run a language school and need a Korean teacher, a position he takes with little confidence. At school, he meets Sakura's single mother, played by Nozomi Sasaki, a woman who works at a travel agency who needs to learn Korean as quickly as possible to impress a CEO of a Korean company about to do business with the agency for which she works.

This then begins a relationship of him teaching her, meeting her son Kei and grandmother, as well as developing a very close friendship with Sakura. Along the way, complications begin to raise the head of a couple of other suitors that leads Young-Ung to begin realizing that there may be more than just a friendship there.

There is also a sub-plot in the film involving Young-Un's parents back in Seoul, who initially does not play much, but has a very big turn at the end of the film. This does not take anything away from the movie and only serves to accompany it and form a really solid story. The film has very solid, flawless direction from director Yuzo Asahara. A beautiful movie that I recommend!

Completed
ReikaBleu
1 people found this review helpful
Other reviews by this user
0
Apr 15, 2018
Completed 0
Overall 7.5
Story 8.5
Acting/Cast 7.0
Music 8.0
Rewatch Value 7.0
I never thought I'd enjoy this movie, honestly. I decided to watch it just wanting to know how they will attack the language part of the story.
I actually enjoyed this.
And I was happy how they played the "language" part quite well.

The actors may not be the best but for me they played their role well enough.
I also liked Ye Sung's singing voice (I'm not a fan of K-Pop so me saying he has a good voice -- I meant it).


Full review can be found at: elijahmaliksmom.wordpress.com
Was this review helpful to you? 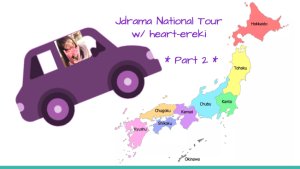