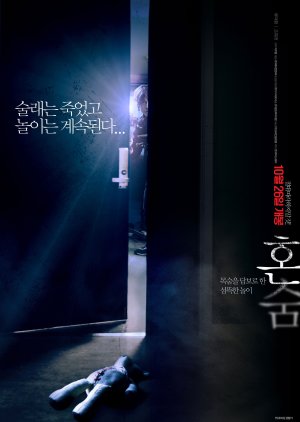 Horror program host Ya Gwang and director Park come across a frightening video about a high school girl who went mad and disappeared while playing the infamous one-man tag game in a haunted library. To get a big scoop on his show, Ya Gwang ventures into the abandoned building in search of the girl's whereabouts. (Source: tvN Asia) Edit Translation 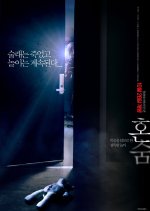 Completed
Senpai
2 people found this review helpful
Other reviews by this user
1
Aug 6, 2017
Completed 1
Overall 7.0
Story 8.0
Acting/Cast 7.5
Music 7.5
Rewatch Value 6.0
Money and fame should be had in the online world. And in the world of afreecaTV, a channel of fiction specialized in horror called "Glow World" is arousing some interest. The host of the channel, VJ Glow (Ryu Deok-hwan) is a celebrated weirdo. His partner in crime is the sprawling Park Producer (Jo Bok-rae), often targeted by VJ Glow for false pursuits and taunts. In their attempt to increase the audience and the balloons (the online currency of the channel), the duo seeks horrible stories to investigate, while living their explorations in scary forests and abandoned buildings.
"Hide And Never Seek" plays a Blair witch, with the concept of footage found supported by marketing materials and references to this film being "based on actual broadcast ... in 2015". The film improves between footage shot from locations, a VJ Glow-mounted camera, and several other points. A simple story that takes advantage of a new platform and tries to terrify, with a scary viral game and a supernatural mystery.

Completed
Inn_Auni
0 people found this review helpful
Other reviews by this user
0
Aug 10, 2018
Completed 0
Overall 5.5
Story 5.0
Acting/Cast 7.0
Music 5.0
Rewatch Value 5.0
VJ Glow and PD Park are a duo that make a living by broadcasting their thoughts on supernatural and paranormal stuff via their channel Glow World on AfreecaTV. Think Bigo Live. Usually, they got their input from their fans. What they did was showed a clip (if any) surrounding the mystery and gave a comment about it. And if they received enough balloons, the currency in AfreecaTV, then they will visit the 'haunted' place. However, once they broadcasted a mystery, they knew they have to outdo it. They were in a stumped after their last mystery, as input from their fans were not helping as it wasn't 'haunting' enough until VJ Glow received a clip from WalkAlone about the infamous Japanese game Hitori Kakurenbo or Hide and Seek Alone. Apparently, a student went missing because of the game and her friend went crazy. The movie was played as if the viewers was watching it live complete with a chat scrolling on the right. I was on edge most of the movie 'hoping' for a jump scare.

The acting by the two main lead was superb because they managed to make it seemed real. Applause also to the girl who played the crazy student.

There's not much music involved as what the movie wanted was the sense that it was broadcasted live.

You'll probably want to watch it again to make sense of the ending. Yes, this is that movie where you need to use your brain cell to understand the ending.

Overall, this movie will stick with you for a period of time.