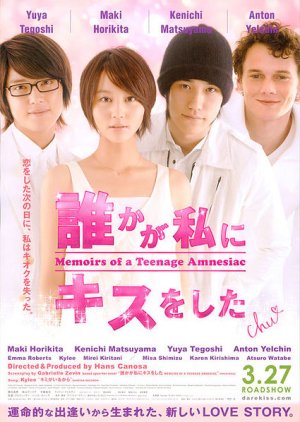 Naomi is an ordinary high school student who goes to an international school. One day, she loses her memory for the past 4 years. But gradually she begins to search for her identity, and even when her memory returns, she keeps on looking for her real self, and what she truly loves in life. Edit Translation 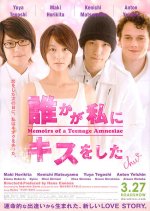 Completed
Taylorgg12
14 people found this review helpful
Other reviews by this user
0
Apr 18, 2012
Completed 0
Overall 9.0
Story 9.0
Acting/Cast 8.0
Music 8.0
Rewatch Value 10
I wasn't expecting much from this movie because often in my experience USA and Japan project movies aren't all that great. I was surprised by this one though. The story wasn't overly unique but how they played it out was. I enjoyed all the twists and turns it took for the main character to find her way back to who she wanted to be.
I did find it odd however that they put the main character in one relationship for most of the movie and then have it not work out and she ends up with someone else....Although I did like both Male characters I felt the transition could have been better.
Overall I really enjoyed this movie and I recommend it to anyone.

Completed
addicted2dramas
6 people found this review helpful
Other reviews by this user
0
Jan 7, 2013
Completed 0
Overall 8.0
Story 9.0
Acting/Cast 7.0
Music 10
Rewatch Value 7.0
I read somewhere that this was set in an American School in Tokyo and that sounded interesting to me, so I gave it a shot. I love cross-cultural stuff plus an amnesiac teenager sounded fun. I liked the story a lot. It was cute in spite of being predictable. I haven't read the book or anything but for a teenage movie it was quite good.

The characters were interesting and I liked who Naomi ended up with. I saw that coming from the very beginning. Okay, somewhat irrelevant but I was liking Maki's longer hair till she cut it off and went back to her own short hair. LOL. I thought she looked cuter with longer locks.

I was excited when I saw Emma Roberts in it. I thought she should have been given a bigger role (yeah, I remember this is a Japanese movie). The English being spoken was awkward and funny. The narration of the whole story is a fun ride.

I loved the soundtrack of this movie. It has some great tracks which doesn't let you get bored. The film got dragged in some parts, but the cinematography was pretty decent.

Overall it is a likable movie. I was worried about tragedy occuring because we have a 'dark' character in it but it was happy all the way. I liked the end, by the way.