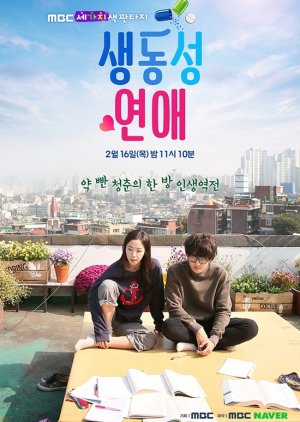 In Sung is an unemployed college grad trying to become a police officer for the last four years, and he is suddenly dumped by his girlfriend who does not give him any explanation. He then gets fired from his part-time job without any pay and gets kicked out from his tiny room after missing a rent payment. On the brink of despair, In Sung decides to take a job as a drug test volunteer for a pharmaceutical company because the pay is good. The drug is a generic version of a hit drug that had its patent recently expired. But he suffers an unpredicted side effect from the drug that gives him superhuman intelligence and strength. He is suddenly able to accomplish tasks that were nearly impossible for him to achieve before and instantly becomes an attractive man as he can win over any girl he wants… (Source: MBC) Edit Translation 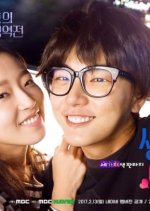 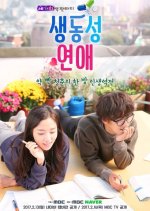 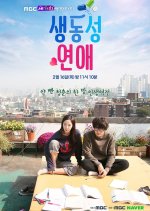 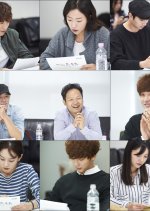 Completed
Charming92
15 people found this review helpful
Other reviews by this user
3
Mar 18, 2017
21 of 21 episodes seen
Completed 3
Overall 8.5
Story 7.5
Acting/Cast 8.0
Music 7.5
Rewatch Value 4.0
I think I speak on behalf of everybody when I express my disappointment in web-dramas generally. It’s not that they are bad necessarily, but rather, being only a few hours long, they never have adequate time to develop and show something substantial and meaningful. However, Vivid Romance not only met but even exceeded my expectations of a webdrama coming off as completely adorable with strong messages and good comedy.

The base story is delightfully silly. It centers on a clumsy young man who has been constantly failing to achieve his big dream of becoming a police officer. After some endless disappointment in every department of his life he decides to take part in an experiment that enhances his senses and abilities. I could say the drama is inspired by the movie Limitless but it is wonderfully embedded in the Korean rom-com recipe resulting in a cute mini-drama.

The main genre of the drama is romance, it revolves completely around the main couple and the idea of destined love. I could argue that the drama had a lot of untapped potential considering its fantasy sub-plot but it’s ok it wanted to focus on other things. Simultaneously I thoroughly enjoyed the dorky comedy and how straightforward and fast the whole drama was. I can definitely say that the drama used the limited time it had in the best way possible to demonstrate a simple but adorable, light-hearted and interesting story.

That being said, my favourite part of the drama was the strong life messages the drama offered. Notions like, “believe in yourself and work hard, your dreams will come true”, “never forget and always appreciate the people who are next to you through thick and thin and never disregard them, they love you for who you real are” as well as “never try to squeeze yourself in somebody else’s life, people who love you will find time for you” come easily to mind after watching this drama. At the same time i appreciated how there was some minor effort to breathe some life into the main characters making them relatable. It was meaningful yet very enjoyable and light.

The acting wasn’t anything spectacular but just right.

I’ve watched Yoo Shi Yoon before but, apparently, he barely left an impression since I didn’t remember him. Obviously, he suits such cute, borderline awkward characters a lot. He really shined in this role, he owned it and made the drama work. Loved watching him.

My first time watching Jo Soo Hyang, she wasn’t memorable really, but she was good enough. Kang Ki Young is just loveable and he deserves some main roles, his comedy skills are the best among young Korean actors, always a delight to watch him act.

Overall the drama, considering its short length, I’d say is recommendable for binge-watching. Simple, funny, cute, short with a story, it is bound to make you smile! Recommended to everyone especially rom-com fans. Nothing extraordinary here, but one doesn’t need anything extraordinary to have fun.

Completed
LoveLaughLatte
4 people found this review helpful
Other reviews by this user
1
Mar 22, 2017
21 of 21 episodes seen
Completed 1
Overall 8.0
Story 8.0
Acting/Cast 9.0
Music 5.0
Rewatch Value 5.0
After I saw "Star of the Universe", I was planning to watch this one. I definitely know that the lead actor got me to watch "Vivid Romance".

As a big fan of Yoon Shi Yoon, I just knew this was going to be hilarious and the premise was wacked-out weird and strange. I mean, come on! - medical experiments?? With this actor that can be pretty funny.

The actor who played Kong Moo, besides being pretty hot - I just loved his hopeless romantic character. I shall definitely check out his other dramas!

Anyway, I don't really re-watch dramas, but I really recommend this one if you love Yoon Shi Yoon acting crazy. Vivid Romance did bring the laughs and heartfelt moments. 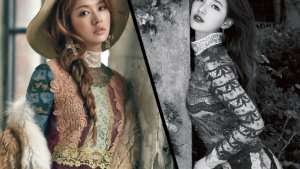 6 Pairs of Korean Actresses That Could Pass Off As Sisters