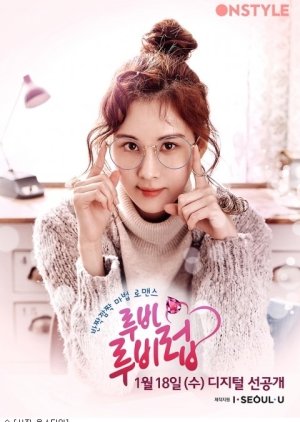 Lee Ruby, a young woman who suffers from sociophobia, comes across a magical ring that helps her grow into a jewelry designer. Edit Translation 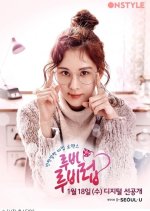 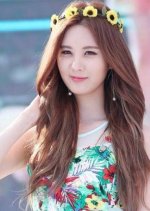 Completed
AmandaMarta
4 people found this review helpful
Other reviews by this user
0
Mar 12, 2017
5 of 5 episodes seen
Completed 0
Overall 6.5
Story 6.5
Acting/Cast 6.0
Music 4.5
Rewatch Value 1.0
Ruby Ruby Love is a short, sweet and cute fantasy and romantic webdrama, full of strong aegyo moments. This is a first time seeing a jewelry designer themed webdrama, where Seohyun from Girl's Generation is the main female lead with an unrecognizable male lead and supporting leads. I loved seeing the jewelry and how it was cut, etc. It doesn't even appear to have a credited director or writer. My feel is, the webdrama with some cliches was filmed on a spontaneous basis without any specific instructions and didn't have any intentions for any story depth.

Story:
I enjoyed the story the most out of all the aspects in the webdrama even though it is very archetypal. The story revolves a young jewelry designer suffers from socialphobia and having troubles with self confidence and uses magical powers to help succeed in her career and learns not to use the magical powers in order to have important business meetings. I'm lovin' the contrast between the two disparate personalities of Ruby. The wish fulfillment aspect of the story achieves the story's purpose very well. I love the idea of being a successful assistant to a success like Ruby gives her the assurance and confidence to be the best she can be.

Acting/Cast:
Seohyun's distinct two personalities were fun to watch. I liked the male lead and how he was the understanding, supportive character for Ruby. The rest of the characters for me weren't there and on the back burner.

Music:
The music was all over the place and there was a mix of English songs and Korean songs (currently popular and non-popular ones). I wasn't a fan of any of the music presented. I felt that it was randomly picked and used. It was not the main point for this webdrama.

Rewatch Value:
Once is enough. No motivation to watch it beyond the first time.

If you like cute and romantic rom-coms that can be watched within a hour, don't miss this one. It's clearly a hit compared to other ones I've seen lately.

The story is pretty predictable, even from the start, though there were some cute moments when it came to the romance. However, they never reached that intensity as a couple. Still, the concept was interesting and the idea with the ruby ring entertaining and original. Unfortunately, even though they could have added some depth to it, with the introverted, agoraphobic main lead slowly realizing that what was the root of her problem (which, aparently, she already knew, acoarding to a flash back) and believing in herself, we got a half baked conclusion that mainly had to do with the love story.

So, overall, four out of ten. 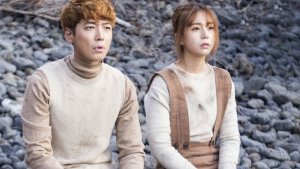 5 Korean Dramas To Be Excited About This Winter!