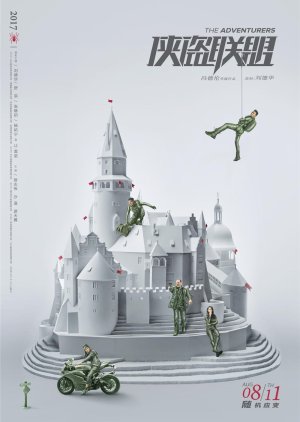 Infamous thief Cheung Tan miscalculated during a heist and was apprehended and imprisoned as a result. Three years later, Cheung enlists his longtime partner Chen Xiao Bao and new recruit Red Ye to steal precious jewels in Europe under the watchful eyes of French detective, Pierre, who has been hot on Cheung's trails for many years. After testing their skills and agility, Cheung finds the buyer of the jewels, King Kong, leader of a criminal organization and a father to Cheung. After the two reunite, Cheung receives a new mission. At the same time, in order to bring Cheung and his gang to justice, Pierre persuades Cheung's ex-girlfriend, Amber, who had to develop hatred from love towards Cheung, to join the hunt. From Cannes to Prague, a game of cat and mouse across Europe begins. After a series a close combat, Pierre was able to gradually grasp into Cheung's whereabouts. And as everyone is about to get close to the target, Cheung's true plan also gradually surfaces. Edit Translation 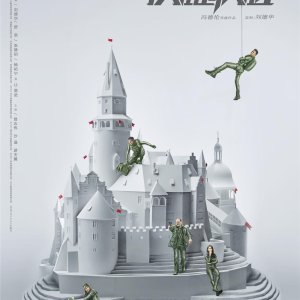 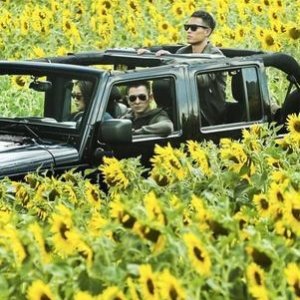 Completed
Senpai
1 people found this review helpful
Other reviews by this user
0
Nov 3, 2017
Completed 0
Overall 7.0
Story 7.0
Acting/Cast 7.0
Music 7.5
Rewatch Value 6.5
"The Adventurers" is a cheap, entertaining, but ultimately irreparable action film for the genre. All the elements of the trademark are here, exotic European locations covering Cannes, Prague and Kiev. The  story begins with the career of Lau, the thief Dan Zhang, after a  five-year prison term for stealing precious art from the "Eye of the  Forest" of the Louvre Museum, which tell us that in a prolific  fashionable it is one of the three pieces that form a precious necklace called 'GAIA'. Dan is greeted after his release by French detective Pierre, who warns him that he wants to be watched closely. Pierre is associated, Dan mounts his Wingman Po and hotshot recruit Red to steal another part of 'GAIA'.
In  short it can be said that, Andy Lau Tak-wah plays Zhang, a master thief  intent on tracking down the rat who put him in jail after a spoiled  brawl five years ago. While  a Paris obsessive pole Jean Reno is hot on his trail, the film is  really more about the sad plans of stealing a "last job" from Zhang to  two pieces of rare jewelry. Restricted by an innocent script with good cast but stuck with fickle and fickle roles in a film that stands out.

Completed
Overwind
0 people found this review helpful
Other reviews by this user
0
Sep 10, 2018
Completed 0
Overall 1.0
Story 1.0
Acting/Cast 1.0
Music 1.0
Rewatch Value 1.0
How can such highly renowned Chinese actors like Andy Lau and Eric Tsang be attached to such a poorly cliche-driven script is beyond me.

This is one of the films that tries to be smarter than the audience in the sense that we're just mindless fools not paying any attention to the story and who wouldn't blame them considering this story fails to attract any attention as you watch it.

It follows a thief who's been in the slammer for five years and gets released only to start thieving again... like two minutes after his release. Right away, plausibility thrown into the deepest part of space. Questions like what's he been doing the whole time in prison or how is it a master thief only gets five years? He's probably not that good considering he got caught--questions like those are ignored all throughout so don't bother asking.

Everyone in this plays such a cliche role where nothing surprisingly happens and when something does, you see it even before the movie was written. It's not remotely mysterious in any form. All the twists and turns are so choreographed that it's not even natural, that the actors are just going through the motions, getting a hefty paycheck with little to no motivation to push what they know is a poor story.

If this was the last movie on Earth, I'd find something better to do. Read a book, fool around with a significant other. There are better things in life than to waste two hours watching the cheesiest heist film in all of cinematic history.