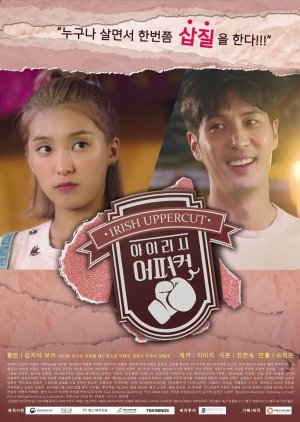 “Irish Uppercut” show refreshing chemistry between the two leads with a gorgeous Jeju Island backdrop. Bora is playing an adorable grim reaper by the name of Do Hye Na. Do Hye Na has nothing going for her in this world, but when she passes away she meets a cook named Woo Shi Hyung, played by Kim Ji Suk, in the afterlife and they experience many episodes together in a pub called “Irish Uppercut.” Edit Translation 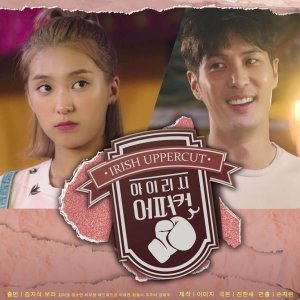 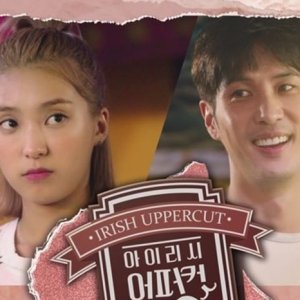 Completed
JojoOnDatBeat
0 people found this review helpful
Other reviews by this user
0
Aug 7, 2019
8 of 8 episodes seen
Completed 0
Overall 8.5
Story 8.5
Acting/Cast 10
Music 9.0
Rewatch Value 7.0
Contrary to what the comments and ratings here on MDL show, 'Irish Uppercut' is truly a delight to watch! As someone who pays close attention to the comments before starting a drama/movie, I was pleasantly surprised (and thanked myself for choosing to completely ignore them) at how well made this little web series is. It totally deserves to be a proper drama (more on that later), and is a better investment of two hours than most other series.

STORY: The plot description does not do this drama any justice. To be brief, Irish Uppercut is the name of a little restaurant set in purgatory (which just so happens to be the beautiful Jeju Island, though of course, with color distortions so you truly feel like you're in another dimension), run by Do Hae Na, a grim reaper who is not very good at her job. In order to keep her business up and running, Hae Na asks for help from Woo Shi Hyung, an arrogant chef who recently met his demise, while helping him participate in an Underworld Cooking Show Contest where the prize could very possibly mean a second chance at life for Shi Hyung.

Of course, second chances, grim reapers, and purgatory are all themes that have been explored before, but Irish Uppercut does it a little differently. It focuses on a man's ambition to set his life straight (despite having been through hell already) under any circumstances, even if it means betraying others. There's friendship, comedy, morality, and whole lot of good music. This is why Irish Uppercut deserves to be a full length drama: (referring to episode duration and not count) 8, hour long episodes would've been perfect for working out all the kinks, exploring character backstories and evolving the world under purgatory because there's so much that warrants explaining.

ACTING: Kim Ji Suk is a great actor and he did his role complete justice. Same goes for Kim Mi Kyung, a veteran actress. Bo Ra didn't really have much to work with, and so she did pretty well with what little she had. However, the absolute star of the series was Lee Moo Saeng playing the role of Hae Na's (Bo Ra) older brother. He stole the show every time he was onscreen and his character was awesome! Truly the cherry on the cake.

MUSIC: From hard rock to soothing ballads, this series really had it going in terms of music. Especially the song that Tae Min (Lee Moo Saeng) performs onstage, titled "Boss, Please Bring Me Some Water." It's hilarious, loud, and oddly touching, when watched in context of the scene itself. The full list of featured songs is available at the end credits of each episode, (or you can PM me for it.) Definitely worth checking out!

REWATCH VALUE: I usually never rewatch anything because it remains fresh even if I watched it a long time ago (the cons of having a good memory xD) but this series can definitely be rewatched as it is light and enjoyable, with a sprinkling of important life lessons thrown in.

OVERALL: I'd say definitely go for Irish Uppercut if you have two hours to spare. It can easily be enjoyed in one sitting, and still leave you with a happy feeling. Lee Moo Saeng's the MVP though! xD