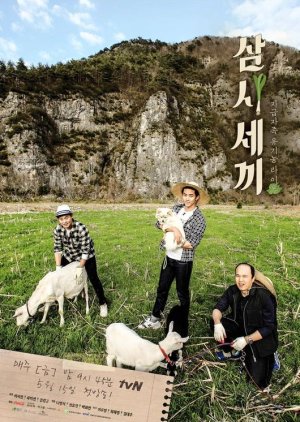 The cast live in a little rural or fishing village three days a week and use whatever food they find there to create three meals a day, while various celebrities from Seoul make guest appearances for dinner. (Source: Wikipedia) Edit Translation 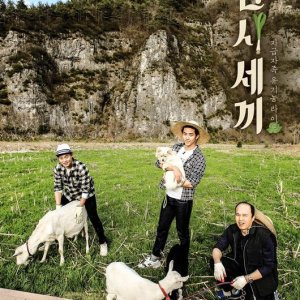 Completed
Elendilka
0 people found this review helpful
Other reviews by this user
0
Oct 15, 2019
18 of 18 episodes seen
Completed 0
Overall 10
Story 10
Acting/Cast 10
Music 10
Rewatch Value 10
After struggling the whole late autumn and winter, here comes the spring and summer, bringing new hope, groove and hilarious situations. For better dynamic, the hosts also get reinforcements in Kim Kwang Gyu, which is a great move. In this edition, they also start to really dwell into the self-sufficiency theme and they don't let the hosts just run around town to buy whatever, but they have to either work for it, or present Na PD with something they harvested, which gains them money. At least, this was the idea. In reality, Seo Jin just tries to push his luck and he makes a lot of deals.

They make improvements to the house and its surroundings, they learn a lot about taking care of the garden and they even build an oven. They also make themselves almost natives in the area and the locals are really proud of them, making various signs about which host likes what from their shop. All of them also improved as cooks and it's a joy to watch.

The choice of guests was excellent in this run, again. The three hosts have great chemistry and they make everyone feel welcome. Personally, I think that it worked the best with Park Shin Hye, whom they all adored and they (drunk) called her all the time, after she left.

I loved this very much and I will return to it in the future. It really was that good.

New Topic
Be the first to create a discussion for Three Meals a Day: Jeongseon Village 2