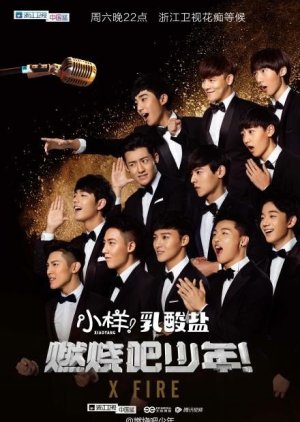 A competition/survival show to produce a boy group. It starts out with 16 contestants and two teams. The mentors each choose their members based off of their debut performances, and then form pairs within the team. Therefore each team has four pairs of two, and eventually each pair is put up against the other team. There is also three judges who score the performances, and they are quite strict but are very professional, providing rationale to their opinions. At the end of each episode, the teams get ranked, and after some rounds, members get eliminated and the rest gets reorganized to better suit the change. The pairs soon turn into groups of three and so on. The show continues with many powerful performances, revealing significant improvement of the contestants. Edit Translation 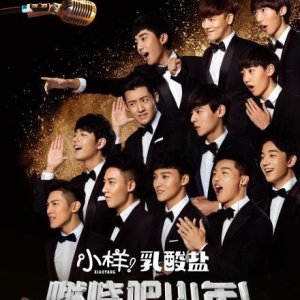 Completed
Joanne
2 people found this review helpful
Other reviews by this user
0
May 28, 2018
12 of 12 episodes seen
Completed 0
Overall 9.5
Story 9.0
Acting/Cast 10
Music 9.5
Rewatch Value 9.5
This review may contain spoilers
I came across this show and wanted to watch this because of Han Mubo and Xiao Zhan. This show is a few years old but at the time I had watched it, I had already watched Idol Producer and therefore knew who Han Mubo was. I also came across Xiao Zhan on a variety show, and thought his singing was really nice. The boy group, XNINE (????), that comes after, not entirely as a result of this show but formed from contestants of the show, was a group I have listened to before, unexpectedly.

Here's a little rundown of the show: The show is a competition where the contestants are split into two teams based on the selection of the judges: Chunchun and Shuqi (or white and red team), in the first episode. Thereafter, the contestants are paired up, creating eight pairs--four on each team. The pairs must prepare a performance for the stage within a week and they get strictly judged by the "bosses". At the end of each episode, they get ranked from 1 to 8 and after so many rounds some contestants get eliminated. In the first round of elimination, four get eliminated and the remaining contestants get reorganized into groups of three instead of pairs, so there are four groups of three--two on each team. Performances continue each episode, and through the remainder of the show four more get eliminated, leaving eight contestants left by the final round. In the last few episodes, the groups within each team combine into a team of four and compete for the debuting team. The debuting team is based upon the final stage and will consist only of members of the winning team.

Overall, the show was pretty entertaining. The music was good, and I liked that there were judges and that it wasn't just based off of whether audiences liked them or not. The judges were not biased, and left them with praises and critiques on their performances. I wished there were more scenes of the contestants interacting with each other, but in general the show kept me interested. In the last episode though, I was a bit confused since I did know the history of XNINE and who the members were, and there is no real explanation on how the were formed. The debuting team was X-FIRE but they never really debuted (?), like as a group of four. I was just left a bit confused in the finale since XNINE is the actual group and it actually has nine members not four. Although this is not something that takes away from the enjoyment of the show, but it was just worth mentioning. Also, definitely check out the boy group XNINE, *but* only after watching this show (if you do not want any spoilers), they have great music!