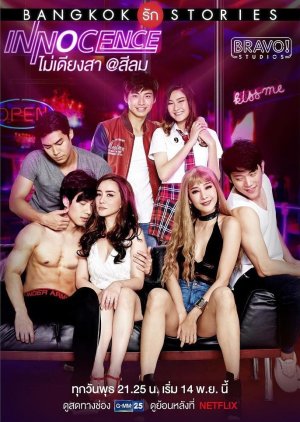 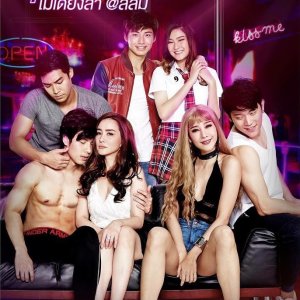 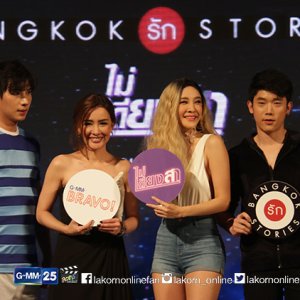 I think this show deserves a better review. I actually really enjoyed watching it. Admittedly, a lot of the criticisms are true, the story is highly unrealistic, stretched thin, and uneven in many places. Some of the acting is not convincing, especially from some of the newer actors, though Claudia and Simon were both amazingly portrayed.

In my opinion, what sets this series apart are primarily two things. First, they tried to create something fun, exciting and most of all entertaining. It's a comedy-drama that succeeds in making the audience smile most of the time and occasionally cry. The characters and situations are exaggerated beyond expectations, but it isn't meant to be taken too seriously, it's more like a comic book brought to life. The second thing that makes this series special is the styling. Lot's of bold, saturated colors, fast camera changes, energetic music. It's almost like watching a music video. To underline the styling, one of the characters is a free-runner, emphasizing the energy of the production. Everyone looks like they just walked off a fashion magazine photo shoot. One memorable scene is when the wealthy Jennista walks down her spiral staircase wearing an all black dress with a white cat in one arm, probably inspired by Vogue from the 1930s or 40s.

In an interesting twist on the typical love story, here it's the men who are pure, innocent and devoted to their lovers while the women are fighting and generally making a fool of themselves. It's nice to see the stereotypes switched around.

If you're on the fence about whether or not to watch it, just watch the first 15-20 minutes or so. You will get a feel for the style of the show. It doesn't get any better - or worse - after that.

I would love to see the production team create a new season, though perhaps with new characters.

STORY
I was really excited for this because I love Ten and the series itself seemed pretty hyped (plus the constant push back of the international release date worked to drive the interest even further). I binged over the course of two days, finishing yesterday, but there was nothing special about it to leave a lasting impression. The biggest downfalls for me were (1) the sub-par writing and (2) the weak, basic, and severely under-developed plot lines. These two weaknesses I cannot stress enough.

There were several times throughout this lakorn where I found myself laughing due to cringeyness and uttering, "This is so stupid" (and not even in the cute, charming stupid sort of way--just flat out stupid). What makes this even more frustrating is that several characters (Claudia, Simon, Keaton, and, vis a vis his connection to Claudia, JC) had the potential for GREAT story lines, including backstory and growth! But time that could have been spent developing those was sacrificed for continuous plot repetition (seriously--each plot consisted of the same one or two ideas that were recycled from beginning to end), scenes that failed to move the story along, and a rather boring love triangle that was neither new nor groundbreaking (Eve, Danny, Lin--I'm looking at you here). And though the writers tried to throw in some more serious moments, they flatlined and got lost amidst the silliness and ridiculousness that was the rest of the drama. The dramedy genre didn't really work here.

There were some cute moments and times that made me smile, but all in all the script-writing felt very lazy and half-assed. It's a shame that these otherwise great actors were given such lousy material to work with.

Oh, and if you're interested solely for the BL, don't invest your time. There was next to none, the story line was basic and under-developed, and the series itself isn't strong enough for me to recommend watching anyway.

ACTING/CAST
The actors themselves all did really well in their roles. No stiffness, no awkwardness. I lowered my score though because the characters were all pretty bland and boring. Several of them felt stereotypical, stock-like, and two dimensional, and there were missed opportunities for meaningful character development. Nearly all of the "competing" love interests felt manufactured and were obviously inserted for no other purpose than to create drama. Though most of the main characters were likable enough, I didn't really connect with any of them, nor could I feel any chemistry between any of them (though I will say Ten, as always, does do a fantastic job at emoting this, and he didn't fail me here; there just wasn't a strong reciprocation). As a result, I didn't really care about them; I didn't share in their happiness or sadness. There were happy endings, but at that point I was beyond ready to move on to my next drama.

OVERALL (TL;DR)
There were cute moments, sure, but the writing and story lines were so weak and under-developed that I was left disappointed and wanting more. Safe to skip this one. Would not recommend.

New Topic
Be the first to create a discussion for Bangkok Love Stories 2: Innocence