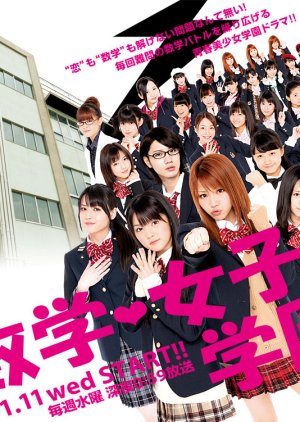 The story, developed with the cooperation of the International Mathematical Olympiad in Japan, is set at a specialized math school, where Michishige and Tanaka both take on the roles of “suugaku joshi” (“math girls”). Naturally, the show will incorporate various mathematical functions and formulas into the story and dialogue. --Tokyograph Edit Translation 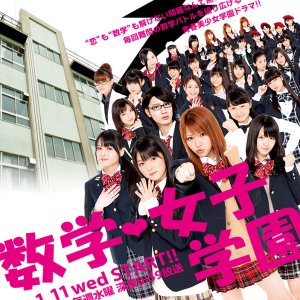 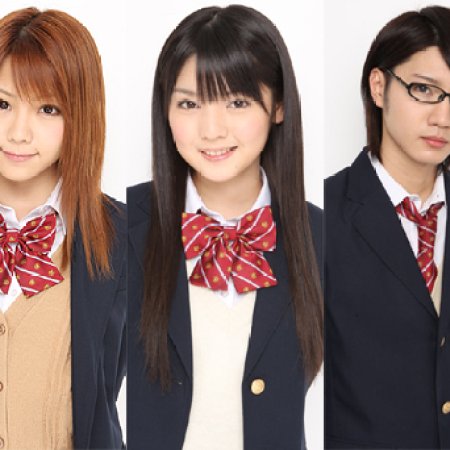 Completed
bakakokoro
10 people found this review helpful
Other reviews by this user
0
May 8, 2012
12 of 12 episodes seen
Completed 0
Overall 6.0
Story 6.0
Acting/Cast 6.0
Music 6.0
Rewatch Value 1.0
Sine, cosine, Mentaiko!
I always like quirky shows so this was right up my alley.
Although there is a series ARC of trying to become the "Math Boss", each episode is pretty much a standalone. Each episode presents a "rival" (emboldened by their signature "move"), quirkiness ensues, as well as various math problems and explanations - leading me to revisit my own high school math past and shudder lol. (I have NO clue what they were talking about with the math - didn't hinder the fun though.)

I think the story is what it is. It seems to try too hard sometimes to be *squeeee* and doesn't quite pull it off. It is definitely lacking in something. I honestly can't put my finger on what it is lacking, perhaps it's that there really doesn't seem to be a connection to the main character.

The acting cast is pretty one dimensional. They do an ok job at their roles, but the roles are so flat that there really isn't much room to do anything with them. (read as if each one is nothing more than a catchphrase). Nina doesn't really have enough pull on the audience. There is no investment. There are so many characters (both main and supporting) that it's like going to a random party and meeting everyone. It's overwhelming and kinda fun but you know you're never going to see them again, so there is no deeper connection.

The music is fine. They have random little let's burst into song times, but they could have done more with it.

Overall this is an ok show. It's cute. It's the kind of show you can watch one episode at a time as "filler". Got 25 mins to spare - catch an ep. Want a little laugh - watch an ep.

What is the probability that you will like this? I have no clue I stink at math lol. But go ahead and give it a try - and please remember to SHOW YOUR WORK! (partial credit will be awarded.)

STORY: I really hate maths, and I didn't understand a single problem here, but it was actually fun listening to Nina's explanations when she battled the other girls. I loved Kazuki and Sayuri's characters, they were very friendly with Nina and Kazuki is like me when it comes to solving anything related to maths XD

ACTING: not that bad as I expected, since almost all the girls are idols and there are just a few who are actors.

MUSIC: I guess I don't need to say how much I loved Pyocopyoco Ultra in the opening and Hatsukoi Cider in the ending.

REWATCH VALUE: I guess I won't watch it again. I don't see why.

OVERALL: probably I should have given less than 8.5, but I love HP so why should I give a low vote to my girls? <3