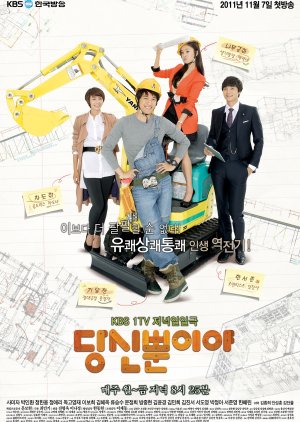 A drama that draws the love of Ki Woon Chan, a high school-graduate struggling to find a job and Na Moo Goong Hwa, the only daughter of an amazingly rich family and the conflicts and reconciliation of their families. [KoreanDramaOrg] Edit Translation 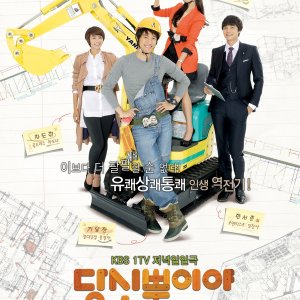 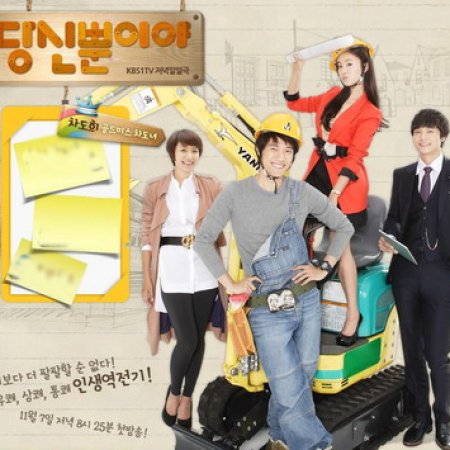 Completed
DreamingKoreanBallad
5 people found this review helpful
Other reviews by this user
0
Jul 25, 2016
128 of 128 episodes seen
Completed 0
Overall 8.0
Story 7.5
Acting/Cast 7.5
Music 6.5
Rewatch Value 6.0
This review may contain spoilers
Story-line starts out with our lead girl dating and about to be engaged to Seojun - but she meets Unchan by accident and just continues to cross paths with him and she starts to be extremely curious about him - and b/c of that curiosity she ends up falling for him *NOT a spoiler as it is in the description for the drama*. Our lead guy is labeled "the ugly duckling" at his home and has sacrificed himself time and time again for his family b/c he loves them. He dreams of becoming an architect in the future and ends up working for Mr. Lee at his workshop as his pupil. There are the usual plot devices in this drama as with most daily dramas. My favorite thing about this drama was the cuteness of the main lead couple ^_^

Secrets upon secrets revealed one after another - lies and manipulation well along the way - struggles and pain in the way too - luckily most of this was minimized when they were announced - so we could get back to the cuteness ;)

My favorite characters: Unchan, Mugunghwa, Gachan, Dohui, Mr. Lee "gramps", Granny, Doyeong, Hong In Suk, Oh Bongja, Hyeonjeong, and Na Yeongik.
I didn't really like Bokchan and her family or Dongchan. and I really disliked Mr. Ki most of the time - he was the most frustrating and most aggravating character -_- (the only character who really stressed me out). I also really started to dislike Mr. Han by episode 80 (before that I was still passive with him).

Ki Unchan and Mugunghwa's love story was so cute ^^ I loved every scene with them in it <3 Mugunghwa was such an adorable and cute character ^_^ Unchan was such a hardworking caring son and brother who always seemed to have things bringing him down. They made such a sweet couple - and Gunghwa grew a lot in this ;)
Granny and Gramps were SOOOOO adorable together - their little bickering "romance" if I may call it so ;) It was so funny and cute how she'd always call him a bulldog and his reactions lol
Gachan was my most respected brother - he really cared for Unchan when the others pushed him away <3 That made me grow to really like him ^_^ and his struggle at becoming a lawyer and especially his Trot thing that came later in the show <3 He was also a great dad to his kid - I loved how he sat down and talked to his kid.
I admired Dohui for being such a straight-liner and honest to goodness good person - she at first came off as a bit rude but I later really started to appreciate her and like her as a character - she never let me down. She stands her ground and knows how to be a true "professional" keeping business separate from private matters.
Ms. Hong was such a sweet gentle nice lady who had no ulterior motives - she was genuinely kind (and I'm oh so glad that she didn't annoy me with her usual screeching screaming in this drama as she has in past dramas I've seen of hers).

I don't recall any actual music from the drama other than the intro song (which is just your typical daily drama cutesy intro song) and Gachan's Trot song "Only You" near the end of the drama. *'Only You' is very addictive and will get stuck in your head* lol

Overall this was a nice daily family romance drama - with only a few lagging episodes. I'd recommend it to fans of daily dramas but not people who can't stand watching something so long lol 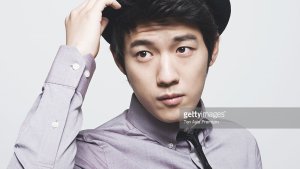