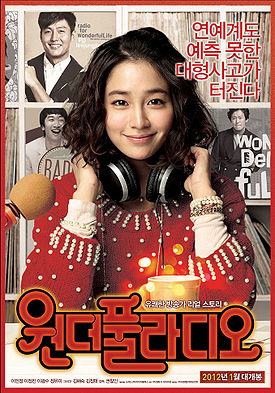 Jin Ah is the former leader of idol group Purple, one of the first generation of girl groups in South Korea and also the most popular at that time. She now hosts the radio program "Wonderful Radio," but the program suffers from low ratings. The show's producer then takes time off to give birth. Her replacement is Lee Jae Hyeok. Jin Ah is late for her first meeting with PD Lee Jae Hyeok. Because of this, PD Lee Jae Hyeok gets an unfavorable impression of Jin Ah and their relationship soon turns worse. During the meeting, PD Lee Jae Hyeok instructs the staff to create a new section for the radio program to increase ratings. Edit Translation 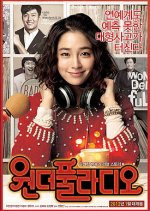 At the time, I didn't have time to watch dramas so I only watched films. This was appealing enough to give it a try.

This film's story seemed somehow special and different from any other idol or rom-com film that's why it felt appealing.

*The story was smooth since it combined great events and feelings together.
*The mini-stories intoduced during the film were a nice touch to avoid slow moments.
*The love story was light to the point that it would make you think that this isn't a romantic film yet the important feelings were there plus it felt like the right thing to do.

*Considering the fact that it was almost a musical film, I would say that the music was cool; not great, not bad.

*There was something missing in this film. They should've pushed it a little far in the middle since the story's development felt incomplete.

*Lee Min Jung : I really loved that actress here; she knew how to deliever feelings and make good expressions. She portrayed her role well and gave a good impression as the lead lady plus she's pretty.

*Lee Jung Jin : I liked his character too, he was so mature and manly in many ways , he did his role in a good way.

*I loved the relationship between leads whether in fighting or in romance; good chemistry.
*I liked other cast plus there acting was satisfying.

Even though it was a typical rom-com ending but I end up enjoying it and closing the screen with a happy face.

*I was entertained, it was fun to watch.
*I was a little surprised since I hadn't much expectations for this but I end up liking it. I just love it when a film/drama surprise me (in a good way of course)
*I wasn't bored which is enough to make me satisfied.

Completed
AngryBunny
9 people found this review helpful
Other reviews by this user
0
Aug 18, 2012
Completed 0
Overall 8.0
Story 8.0
Acting/Cast 9.0
Music 10
Rewatch Value 8.0
First of all, do not be frightened by the *low* score.. I am trying to stay objective about everything I watch nowadays, no random 10's...
So, I adored the story line.. It had real character building (even though it's a movie) and all the small stories that were featured were heartbreakingly moving in a beautiful way. This is a bit of a cry movie, but in a sweet way (and you actually feel happy about crying).

The acting was good, nothing to be amazed about. She did a great job, he did it a bit less (but that was due to the very tiny character building on the male lead side) but the lovely thing in this movie were all the suporting role, they made the movie sweet and fun to watch.

However, for Running Man fans... get ready to grin your face off... Lee Kwang Soo has a super fun suporting role (and there are cameo's of his RM colleagues)

Well, because of the important role of music in the movie (she's a radio DJ and ex-idol and all) you would expect an outstanding Original Soundtrack... That was not really the case, but if you watch the movie you'll get why I gave a 10 for music.

All in all, the movie gives a good vibe and message about how people sacrifice themselves to help others and the importance of loved-ones

p.s. can be watched in any mood. Really, any mood. 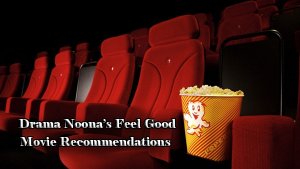