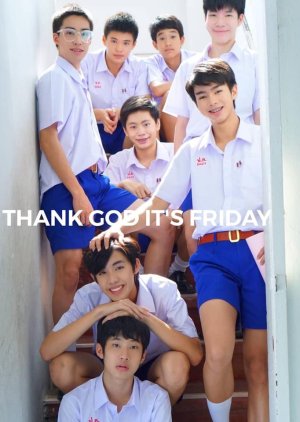 The blue shorts guys are back! With no success the past year, the budget of the music club of Friday College (Bangkok) got cut down and the club may be dissolved. The only way is for the club to prove itself is by winning competitions. To achieve that, the president of the club -Jump- decides that all the members will travel to Khon Kaen's Friday College to practice intensively their musical skills during summer break. On the way, they meet new friends, and feelings are gradually forming. Do you still remember the atmosphere of Friday College from 5 years ago? The thrill will come back. Edit Translation 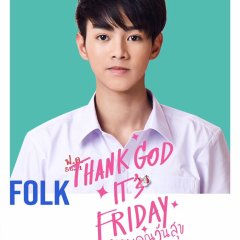 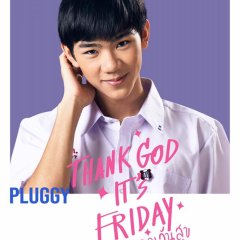 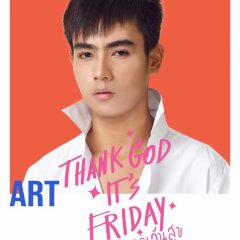 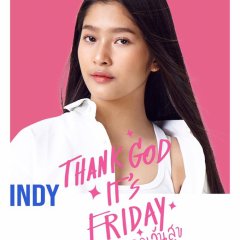 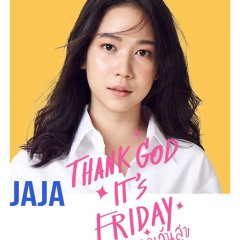 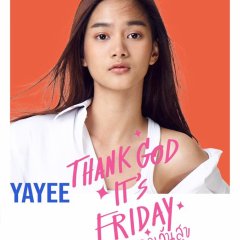 When Cute is not Enough

Over five years ago, “Lovesick - the Series” and it’s sequel “Lovesick 2” paved the way for the Thai BL genre. It opened the door for main stream young gay characters where the focal point of the story is their love relationship. Before “Lovesick” gay relationships were were often relegated to a secondary role. “Lovesick’s” success is due to a simple storyline, two lovable lead actors, straightforward interactions between secondary characters, and an iconic OST in “Shake” which is the best song from any Thai series regardless of genre. “Lovesick” made the slew of BL series, movies, and short films that followed possible as it showed high interest level for the genre. You know you’ve arrived when you’re one of the few series with a BL theme that’s playing on Netflix in the US.

“Thank God it’s Friday” (TGIF) is supposed to carry on the “Lovesick” franchise as it takes place five/six years after the Seniors from “Lovesick” graduated. The Friday College Music Club is again in financial difficulty. Because of their lack of appreciable success and maybe actually music playing ability, they enlist the help of the music club at their sister school in Chaing Mai for assistance. Although their initial meeting was rocky, the two groups bond and relationships (both platonic and otherwise) occur.

TGIF is directed by Andy Kusolkulsiri the same director as the both the “Lovesick” series'. Unfortunately, the only connections between “Lovesick” and TGIF are the school’s name (Friday College), the music club that the two groups are involved in, and a brief exchange between Jump and Yong in episode 1 where Jump refers to Noh as his idol and Yong asking Jump if he knew the rumor of Phun and Noh being in a relationship. Let’s forget about the weird suggestion at the end.

Although the three main couple storylines were fairly straightforward, where TGIF fails is that the storyline was muddled, had unnecessary side stories that we’re confusing, poor character development, random intrigue between characters that don’t make sense, and a main plot line of the Bangkok music club getting help getting completely lost. Could these guys actually play or not? I was often left wondering if I missed a half episode in between episodes because I couldn’t figure out what was going on for awhile at the start of each episode, it took a while to settle into an episode.

I felt like the overall story was being made up as they went along. Let’s start with the premise of saving the music club. That isn’t working so let’s focus on the budding relationship between Home and Jump. That’s turning out bland so let’s focus on the Por and Yong and the Lun and Nana relationships but fail to give it real substance because they’re not the main characters. The lack of storyline focus was confusing especially when they added the other side stories and characters without enough development. How long can you run a minor storyline of a missing condom from a bag?

I did find that the story and characters matured from episode to episode - to a point. That point was pretty much at the middle of the series when the three couples end-up at the dam. After their return back to Chaing Mai everything, with the exception of the Lun and Nana story, regressed.

The young female actors were actually not bad but unfortunately the performances of the male actors were all over the place. This is a failure in casting where it appears they favored cute over substance. The main characters of Jump and Home we’re so wooden it was sometimes painful to watch. Their acting did get better as the series progressed but as their bangs got longer their acting again got worse. The second couple of Por and Yong were fine but, their storyline could have been streamlined with better developed conflicts and character struggles. The best developed and acted relationship was the third one between Lun and Nana. Their storyline and acting felt genuine due to the two actor’s having good chemistry and ability, which was lacking with the rest of the actors and couples.

The soundtrack of TGIF also seemed to get better as the series progressed - again to a point. The main soundtrack is cute and catchy. It’s no where near the level of “Shake” but pretty good. The Jump and Home relationship song at the dam was also pretty good. But just like the majority of the series, the music fell apart in the second half of the series with some awful music tracks sung by the actors in the series. Pluggy has a very unique voice, not sure of anyone else in the series has lead vocal quality, so if he was in the song it was fine.

Why I really come down hard on this series is because I’m watching this concurrently with a number of far better Thai series. The producers of TGIF chose to release it at the same time of the end of “Theory of Love” and “3 Will be Free” and the start of “TharnType”, “Dark Blue Kiss”, “I am your King 2”, and “Until We Meet Again.” Yikes! That’s crazy bad timing! How can you go up against those heavy hitters with green actors and a poor script? The quality of the storyline and acting of TGIF pales in comparison to any of those series. I rate each of the aforementioned series between a 9.5 and 8, while I give TGIF a generous 6. Maybe if I watched TGIF during a period where no BL series running I would be more forgiving,

Five years have passed since the groundbreaking “Lovesick” series. The Thai BL genre has evolved so much in those five years that just having a cute series is not enough. I think that audiences are expecting more coherent and developed storylines, better writing and frankly better acting from their series, regardless of genre. I did stick around and watched all 12 episodes of TGIF so cute may have a place?

PS - Had to go to another site to watch the last episode as it’s been over a month and the producers of TGIF have yet to translate the last episode on YouTube, which they had diligently done a week or less post-release of an episode. Did they also give-up on the series?

Completed
Flamingo
4 people found this review helpful
Other reviews by this user
0
Dec 8, 2019
12 of 12 episodes seen
Completed 0
Overall 5.5
Story 7.0
Acting/Cast 5.0
Music 5.5
Rewatch Value 7.0
I was expecting a series on the lines of "Love Sick" and "Make It Right". This series is not up to the level of either of those two. I understand the problems with young actors, but they weren't helped much by the story line and direction. There are too many holes in the story line that needs to be closed. The pace of the episodes often slows to a crawl. There are way too many long pauses and long staring into space. In all honestly better pacing and there would have only been 8 episodes.
The young actors, male and female, are cute and endearing but raw. It will be interesting to see them in a few years if they continue on in this profession. All have talent, all need more coaching.
Was it all bad? Not at all. To me, the best performances were delivered by Ball (Lun) and Pang (Nana). There were the most polished of the cast.

Should you watch it? Yes.

If there is a sequel. I'll be interested is seeing it.