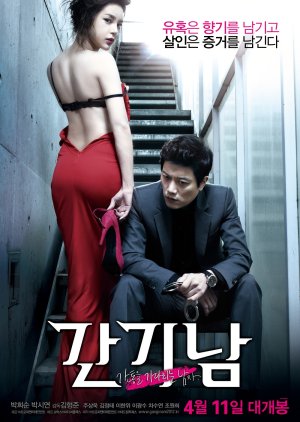 A detective, who moonlights as a private investigator, has a beautiful new client Soo Jin. The woman asks the detective to take photos of her husband in the midst of having an affair with another woman. When the detective goes to take pictures he discovers that the woman's husband is already dead. Now the detective becomes a suspect. The detective is chased by another detective. He must now set out for the real killer. Edit Translation 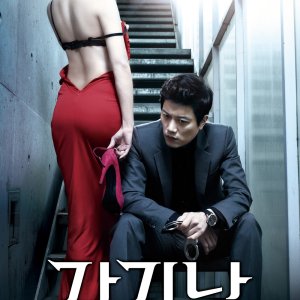 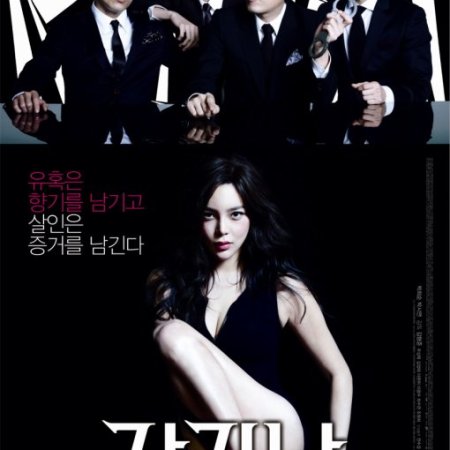 Completed
fourtseven
12 people found this review helpful
Other reviews by this user
0
Sep 23, 2012
Completed 0
Overall 8.0
Story 9.0
Acting/Cast 9.0
Music 5.0
Rewatch Value 6.0
The Scent was a really good movie. I'll start off by saying that, if you're someone that is normally concerned with how movies end (like me), don't worry with this one.

I didn't think I'd enjoy this movie as much as I did. I'm not usually a fan of movies with darker themes. This one, though, I really enjoyed. It wasn't too dark, but it certainly wasn't a lighthearted romp. Although comedy is listed under the genres, it's not all THAT funny. It has its moments. Some catch you off guard and may seem out of place while others break up the heaviness of the mood. They're there, but not overly frequent.

This movie isn't for kids. Or, if you're a kid and want to watch it, make sure you wear headphones and your parents don't walk in. There is nudity and there is sex. Each sex scene appropriately conveyed the feelings behind it. Passion and emotions drove one scene while crudeness and vileness drove others.

I would've given the movie a 9 overall, but throughout the movie, the main character annoyed me with the choices he made. I thought he was an idiot. Then again, without his choices there would be no story.

I think it's the mark of a good story when you find yourself, at times, cheering against the good guys, rooting for the bad guys, and having no sympathy for the deceased. The story, overall, isn't mind-blowing. There was also nothing too surprising, but it kept me intrigued.

I thought the acting was really good. I've never been a fan of Park Si Yeon, but her character was my favorite in this movie. Gi-Poong was a delightful addition to the movie. He provided some of the humor. Plus, I'm just a fan of Lee Kwang Soo. And, although the main character annoyed me, I was still rooting for him.

I don't remember music which is why I gave it a 5. I'm sure it was there somewhere, I just can't recall it.

I gave the re-watch value a six because I think I may eventually re-watch, but I'm not sure at the moment.

Completed
mysecretsoul
6 people found this review helpful
Other reviews by this user
0
Aug 13, 2013
Completed 0
Overall 8.0
Story 8.0
Acting/Cast 8.0
Music 6.0
Rewatch Value 8.0
Unexpectedly entertaining, The Scent fuses understated humor with dark and murderous sensuality. Many crime thrillers incorporate sexual themes, but this one is completely based in them. If you’re underage or just sensitive to nudity and love scenes, please be forewarned.

This film is no great whodunit. Despite that, the motivation behind the main crime remained satisfyingly mysterious for a good duration. Had the culprit been less obvious for as long, the story would be a touch more solid. It seemed most conflict came from mistakes the main character made. Detective Kang (Park Hee Soon) was very flawed and had vices to spare; with a little self-control, he’d have seen fewer troubles. I wanted to shake him by the shoulders and ask him to re-examine his life choices.

As mentioned before, there are some comedic aspects to The Scent. Laughs come primarily from members of the police force. They were just so disinterested with the case (despite doing a fine job of actual investigation). Some of them played around and made completely inappropriate jokes when alone. Others were more worried about petty things, like snakes in one scene where searching a field becomes necessary. Detective Kang and his assistant Poong also had their moments.

The Scent marks the first time I’ve taken serious notice of Park Hee Soon in a leading role. He does a fantastic job of making a character with shortcomings likable; it must be his niche. I feel excited at the prospect of seeing him again. Our leading lady, Park Si Yeon, fits the noir femme fatale image to perfection and is an undeniable beauty. Joo Sang Wook plays a memorable “hero;” his detective is everything one should be – and everything Detective Kang is not. Due to his stubborn behavior and hard-nosed perspective, he’s also that guy that everyone makes fun of when he leaves the room. Lastly, Running Man’s Lee Kwang Soo as Poong is pure fun…despite not having a lot of scenes. He definitely stole the limelight when did have them, though.