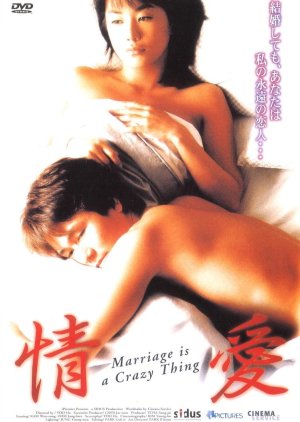 Jun-young is a man in his early thirties who has seen his friends and younger brother get married but has yet to open himself to a serious relationship. Rather he is happy floating through life with little direction or ambition. Yeon-hee is girl approaching thirty who is desperate to find a suitable husband, but is looking for a match based on social and economic suitability rather than love. They meet on a blind date and quickly find that they are incompatible intellectually, but have an instant physical and emotional connection. Both are extremely practically minded, and as such decide to explore each other by starting a casual physical relationship, while she continues looking for more suitable husband and he avoids commitment. [IMDB] Edit Translation 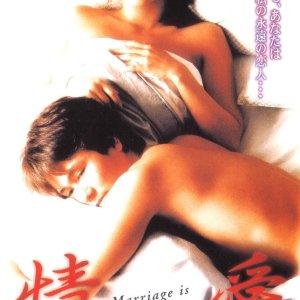 Completed
H1kikomori
3 people found this review helpful
Other reviews by this user
0
Jul 3, 2015
Completed 0
Overall 8.5
Story 8.5
Acting/Cast 7.0
Music 4.0
Rewatch Value 5.0
STORYLINE: 8.5/10
This movie is for the maturely minded due to its explicit sexual scenes. So refreshing to watch how an adult couple would behaviour on a date. But in honesty it was boring and lacked excitement so I questioned the development of their blind date. They date is made that more awkward due to Jun Young’s narration expressing his boredom which I guess was mutual on both parts.

Yeon Hee’s sudden acting like they were official was truly random to myself and Jun Young too, however, this provided the unknown element of how he was going to react; giving life to the casual relationship their had going. As you watch their relationship grow, they is a constant presence of whether they do actually get married due to their views of all marriage being the same old but due to them both having a similar intake of marriage I had hope for them.

They unconventional relationship together continues despite both looking elsewhere however eventually starts causing arguments and misunderstanding which totally made this movie that more entertaining by providing the realism element.

ACTING: 6.5/10 - CHARACTERS: 8.5/10
The natural chemistry between Uhm Jung Hwa (Yeon Hee) and Kam Woo Sung (Jun Young) is well portrayed in a manner that I was able to relate to and in turn provided a paste to the plot especially with the usage of midpoint screen that pre-depicted what to expect form the next scene. What i found weird was the fact that their kissing was cringing to watch like they did not know what they were doing whereas the sex scenes were well performed.


LIKED: His innocent reason for wanting the turtles to die for I guess at this point he knew what he wanted; additional to the usage of bubbles at the wedding
DISLIKED: The unknowingness of the ending scene.
QUESTION OF THOUGHT: Is that how they dress to go to weddings??? Even most of the women looked like they were going to work.

CONCLUSION:
This movie was good for it portrays an alternative concept to marriage for those whom feel it as a society requirement. Alternatively, you should watch this movie if you enjoy genres such as CHESSINESS – LOVE – MARRIAGE – JEALOUSY – INFIDELITY – SEX SCENES – BAD KISSING – NARRATION – MONEY DRIVEN - GOOD STORYLINE.