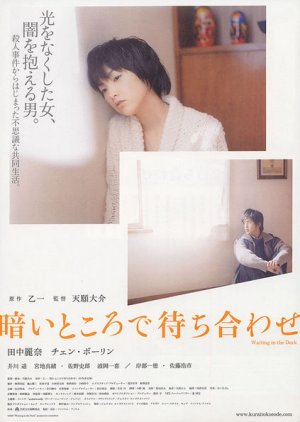 Michiru (Rena Tanaka) is a woman who lost her sight in a car accident, living with her father in a house near a train station. But her father suddenly dies and Michiru decides to live alone. Every morning, Michiru listens to the sound of express train passing through the station. One day, Michiru notices the sound of the train is different from the usual one. On TV, news tells that there was a train accident which killed a man and is suspected to be a murder. And some time later, her door bell rings. A man is standing in front of her house. She can sense someone is there, but he does not answer. He succeeds in slipping in to her house without being noticed by Michiru. The man's name is Akihiro (Chen Bo-lin). He is the person, on TV, who is being suspected to be the murderer of the train accident that day. Akihiro, after sneaking in to her house, heads to the window where he can see the train station where the accident happened. Who is Akihiro? Is he really the murderer? Will Michiru be safe in her house alone with a stranger? Thrilling and strange life of Michiru and Akihiro begins. Edit Translation 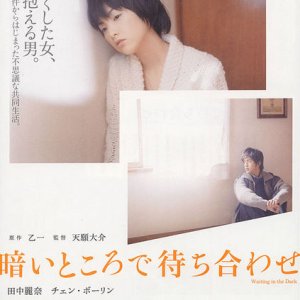 Completed
Rian
13 people found this review helpful
Other reviews by this user
0
Jun 23, 2012
Completed 0
Overall 9.0
Story 9.0
Acting/Cast 9.0
Music 6.0
Rewatch Value 6.0
This movie was a nice surprise for me.
The story is plain and simple, but it manages to keep you on your toes due the the interesting technique used by the director through which the story is present through puzzle-like parts to the viewer.
I wouldn't call this one a romance movie, more than that I really found intriguing how the 2 leads evolved on a personal level:
She was stigmatized by her blindness, thus she would prefer to isolate herself from the outside world, which was unknown and scary and she would only interact with her close friend; she was also emotionally scared by her mother leaving her an her father when she was very small, so the feeling of abandonment made her to not want a relationship that could possibly make her relive such torment.
He was the loner that felt out of place, no matter where he was, just wanting to find somewhere he would belong; rather than compassion,however, he would be treated harshly and coldly by those around him, which made him even more reluctant to human interaction; on top of that, he was half Chinese, half Japanese, which meant he wasn't looked fondly upon by neither compatriots, which worsened his acute feelings of loneliness and alienation.
The both of them, however, not only start to understand each other, but they start to depend on one another, they find themselves comfortable and finally 'at home' in one another's company.
It is a wonderful movie of finding ones self, of self awareness, of overcoming your fears and emotional scars and finally feeling fulfilled.

Completed
vereelimee
7 people found this review helpful
Other reviews by this user
0
Jul 18, 2012
Completed 0
Overall 10
Story 10
Acting/Cast 10
Music 10
Rewatch Value 10
The story is slow and cautious just like our main character. You will probably find it to be predictable plot arc but it's redone in a way to make it worth the watch. We've all seen the underdog story before, but usually we don't get two underdogs. I'm a sucker for a good underdog.

The acting truly stands out because we have no filler music in the background. We hear everything that Michiru does. We have a similar sensory experience with her as we try to determine if she really does know if Akihiro is there. Tanaka and Chen are amazing as they draw us into that house. I nearly forgot I was watching a movie.

Like all mysteries the start is vague and we slowly get to piece together the ending. The tone is warm and comforting even if Akihiro is in the house with her. It's obvious he's not a threat because he goes out of his way to be invisible.

I know I would watch it again because it's a message that is uplifting and positive. All you need is one person to understand you to live well. You could say it's romance but it's mostly about acceptance.