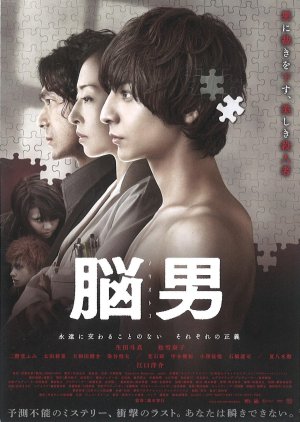 In a small town in Japan, a series of seemingly random explosion cases occur. Ichiro Suzuki knowns as "Brain Man" is fingered as an accomplice. Midorikawa works on the explosion case. The mysterious man known as "Brain Man" has outstanding memory, high intelligence and a perfect body, but doesn't seem to have human emotions. Neurosurgeon Mariko Washiya, who has her own personal trauma, believes that human nature is fundamentally good and tries to save criminals. She then becomes interested in Brain Man and works to uncover the truth. Meanwhile, Detective Chaya tracks down Brain Man. Edit Translation 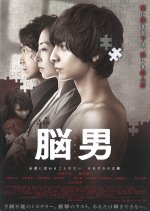 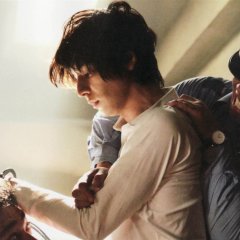 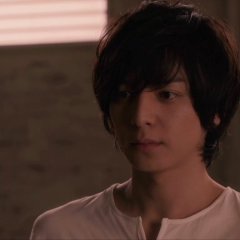 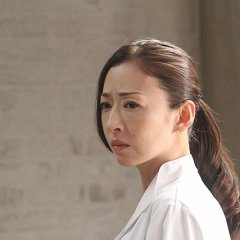 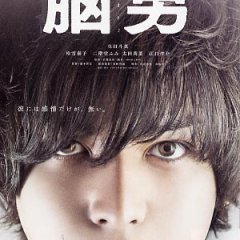 Completed
Jo-hannah
24 people found this review helpful
Other reviews by this user
0
Sep 12, 2014
Completed 0
Overall 10
Story 10
Acting/Cast 10
Music 10
Rewatch Value 9.0
Ok I just need to write a review of this, I mean seriously this is one of the best movies I've seen in my life, damn! this is too good.

This film is quite smart, it plays with your mind and emotions from beginning to end, this is a roller coaster of emotions. From the very beginning I was totally blown up and so many times while watching the movie I just found myself -literally- open mouthed because I just couldn't believe what I was watching. Too good.

They tell us the story step by step without missing details, so we don't get the whole bunch of information abruptly and it keeps you hooked up to the story.
One of the things that I loved the most about this, was definitely the ethical-moral question the whole movie sets. Who's right? who's wrong? who has the right point of view about justice? The film won't answer these questions, it just shows different points of views and it's all up to you to decide who's right or wrong...
The ending is an open ending but not a bad ending at all! it's really hard to make an open ending good, but this one was pretty good. I loved the very last scene so much.

About the acting... Ikuta Toma is a great actor, he deserves every single acting award that exists in this planet. His acting was superb! Actually everyone did a great acting job.
Camera and directing work it's perfect for the film, the colors and the tones and use of the light gives to every moment a special feeling.

Music was pretty accurate to each scene, in some scenes I just felt that music was another character of the movie. :)

This movie is based on the novel "No Otoko" by Urio Shudo :)

Centered on the battle of each of the characters’ “Sense of Justice”, the film created a very disturbing aura from which people without very strong stance on “what is right or wrong?” might be drawn to the one of the characters’ beliefs. That is how this film had been so persuasively good in delivering the intent of the story.

The story has a lot of potential to become a series since there are a lot of rooms to be explored. However, that doesn't mean that the movie was incomplete. The film per se successfully established the roots of each of the characters stance. Why and how they become like that. The storyline had been well sequenced including how each twist had been placed and the timing of unraveling the mysteries.

Superb acting from the cast can be expected. The feeling of anger, hate, disgust and pity can be thrown to the characters due to the actors’ outstanding convincing performance in delivering consistently the roles they are portraying. 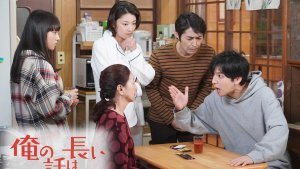