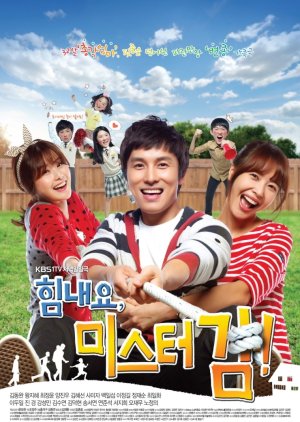 A family drama about a bachelor who raises four children and works all sorts of jobs to support his adopted family. Kim Tae Pyung (Kim Dong Wan) is the guardian of four children with different family names and is an apartment cleaner and housework helper with good looks and skilled hands. He is one tough guy who's made up of patience and perseverance and he takes care of children who are in the same situation as him in the past. Edit Translation 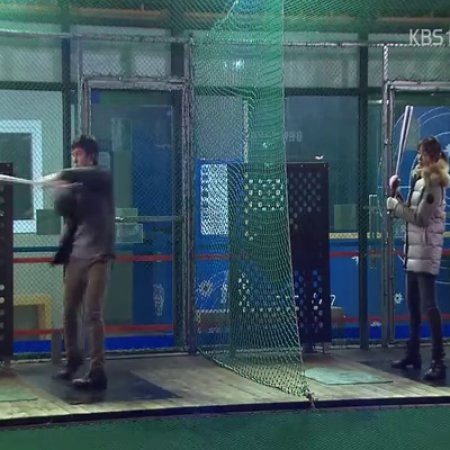 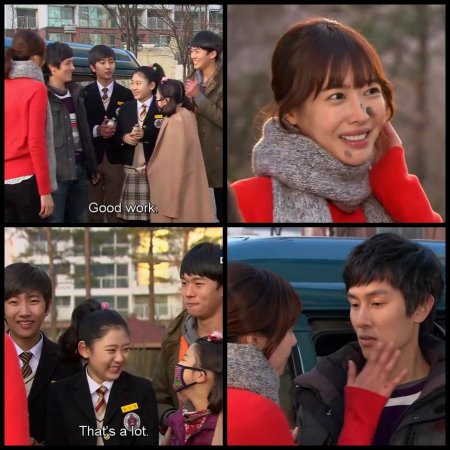 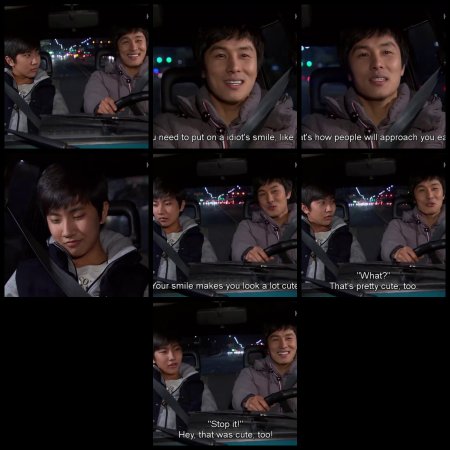 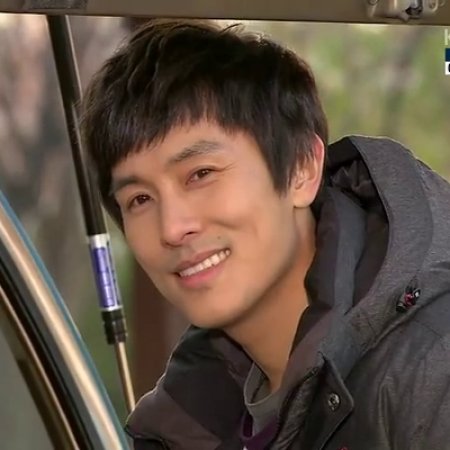 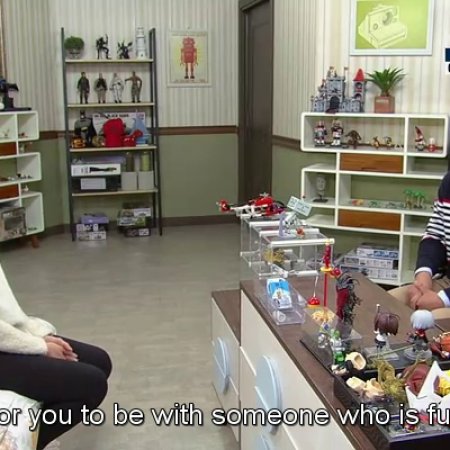 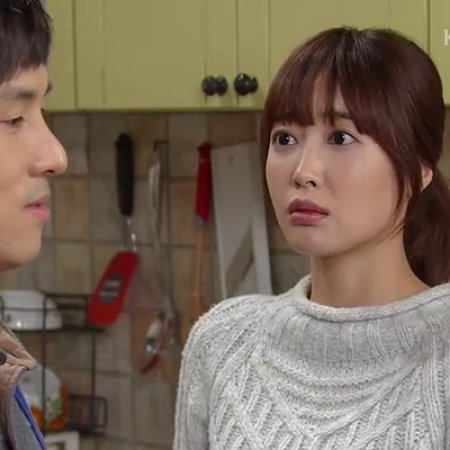 Completed
midwest
11 people found this review helpful
Other reviews by this user
0
Jan 8, 2013
124 of 124 episodes seen
Completed 0
Overall 8.0
Story 8.5
Acting/Cast 8.0
Music 7.0
Rewatch Value 6.0
I'm only 20 episodes through this but I thought it was time that this show got another review. I watched this in the hopes of finding a Smile You 2.0. which Cheer Up, Mr. Kim definitely is not. While it certainly has some of the elements that made Smile You special (families from different backgrounds jutting up against each other, big company politics), but it lacks the comedy and wackiness that I loved from that show.

However, that doesn't mean that Cheer Up is somehow substandard or bad. This is just a different show. And I instead fell in love with it for an entirely different set of reasons. I mean, I'm really hooked on this show at the moment.

This show is cute. And not in a icky sort of American cheese way. Cheer Up is cute in a "god damn, some of these people have it tough but they're still lovely" sort of way. You will fall in love with pretty much all of the characters, especially Mr. Kim and his three wards. All of them are well written and well acted. The child actors are some of the best I've seen so far in dramaland.

I won't go into the story at all as it still has about 80 episodes to go and it really wouldn't be fair to review. All I can say is that so far I found all of the stories told in the show riveting. None of the plot-lines are particularly grand or extraordinary. They're just executed in an efficient and entertaining way.

This is must watch television.

Completed
Mivaaa
2 people found this review helpful
Other reviews by this user
0
Jun 19, 2015
124 of 124 episodes seen
Completed 0
Overall 6.0
Story 6.0
Acting/Cast 7.0
Music 5.0
Rewatch Value 3.0
If you ask me, everyday dramas tend to be too long. Meaning that during the time it runs the pacing, the story line and the characters end up being either boring or dull. Of course that is just my own opinion on the matter. This is the reason to why I have a hard time finishing such shows. However when I do finish them I have many things to say about it. So of course this rule also applies to this drama here. Cheer up Mr. Kim is one of the few series that I've actually finished, that being a long drama that i finished. And with that said, I must admit that I now wonder what made me want to watch it til the end.
And why?

Firstly, the story:
The story is, in it's own way, quite different from our generic Korean drama. However it doesn't stop it from having as much drama as them all. Sure Cheer up Mr. Kim tackles problems and things that's not usually there. The story, if you just look at the bigger picture isn't bad. It's more interesting than bad. A man that takes care of different children for different reasons, even tho he himself has a hard time in life. He teaches them to be proud of who they are and to go after their dreams. He also cares for them and has a hard time in letting them be hurt in any way. He has an inability (Kind of) to think of himself and focus on his own well being. It's not a bad story. However when you go off track and dive into things that really has no reason to be there, and then pushing it all over 100+ episodes, then the story and characters suffer. So many things happen and by the middle (in my own personal experience) felt it to be annoying and way to much. When you spend the majority of a series being annoyed at someone or a situation... or in the worst case, both. Than it's not a good sign. I feel that if the drama had stuck to the main story about Mr. Kim and his good heart for his family, then the story and series would have been much better. The show really didn't need all the romance drama and side plots (that long running Kdramas tend to love) that takes over and lead us into a f:ed up mace. I also wished that there were more focus on the kids and their individual stories and love. It would have kept it more fresh.

Secondly, the cast:
Here is were the drama suffers the most. I'm not saying that the actors suck or that they have no idea how to act out the characters they're portraying. Nope, the actors and actresses did a rather good job, no, my blame is all on the characters we're fallowing throughout these 100+ episodes. How come? Cause' of them all being annoying or disgustingly in your face all the way thru. When you go with that many episodes, you must at least have one character that you feel is good all the time. Sure I may be clouded by the dislike that I feel for this show, so I say that non of the characters are good. But no, there are some that I did like and enjoy nearly the whole time. Mr. Kim's niece is one. Some would say that she has an attitude and should have respect more often, however I know after all these episodes that she had all the right to say what she did. The other character that I enjoyed a lot was Go Juu Sung. Yes I was one of the people that hated him the first episodes that he was in, however with his character development I came to really love him. He was a easy going character that really, after his own arc, was the only dramafree person, and trust me, that was well needed. Sadly the focus wasn't put enough on the kids and therefor toke away alot of my favorites.
Moving on to the love rivals I can only say this. THESE ARE THE WORST RIVALS EVER! People that have read my other reviews know by now, that I have a deep problem with rivals in love. These two take the price. In combination with our main leads this was a catastrophe. If I didn't want to hit one couple, then I wanted to hit the other one. Our main leads, that were not that bad on their own, became close to intolerable when with the individual &quot;lover&quot;.
I've come to understand that I will never like the actor of Yang Jin Woo. He will always look like the manipulative, in your face jerk for me. Sorry but that is one thing I know.

Even if the music had been woulderful, good, cool, perfect and fitting. It would still not be able to save this show for me. Not even good music could cover up the mess.

As we all can guess by now. I will, most probably, never ever watch this show again. It's a rear chance for any long running show that I would watch it all again, however with Cheer up Mr. Kim I would say no way.

Overall and lastly. When I was done with it and looked back at this show i couldn't understand why i was stubborn enough to watch it. Now I know the answer. I wanted to see a happy ending for this guy. And without spoiling anything I will just say that for all the time spent I was so not happy with how it all ended. I felt it to be unwell and unfinished. Bad endings are one of the worst things, but it gets even worse when the whole series made you detest it as well.

As I always say, the choice of watching is all up the the person that is going to. If you find it interesting then watch if not then don't. Whom am I to decide that. All I do is say what I think and that's it.

Sadly this show didn't make it, but to be truthful, I most oftenly don't like them long dramas anyway.

New Topic
Be the first to create a discussion for Cheer Up, Mr. Kim! 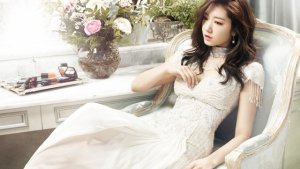