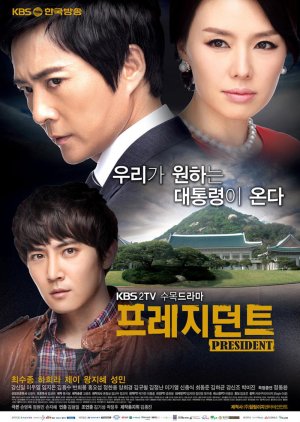 Three months before the presidential nominating convention, Jang Il Joon, from the New Wave Party, declared his candidacy. On that same day, a woman died in a gas explosion in Sam Chuk. Yoo Min Ki, a documentary producer, heard of his mother's sudden death and headed back home. As he cast his mother's ashes in the sea, he thought of his childhood: his father always blurted out that Min Ki was not his son whenever he was drunk. After the funeral, Min Ki returned to Seoul and Jang Il Joon asked Min Ki to work as a PR agent to record the election campaign process. When Min Ki asked Il Joon why he was chosen, Il Joon confessed that Min Ki was his son. Min Ki soon begins to suspect that his mother's death was not an accident and that Il Joon had actually killed her. --KBS World Edit Translation 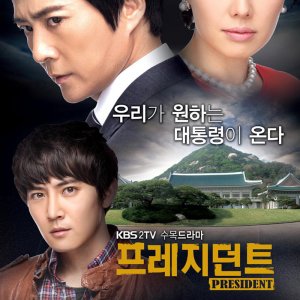 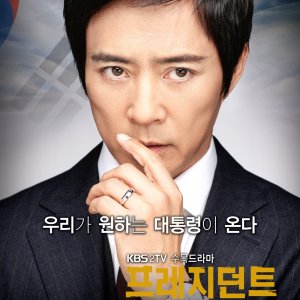 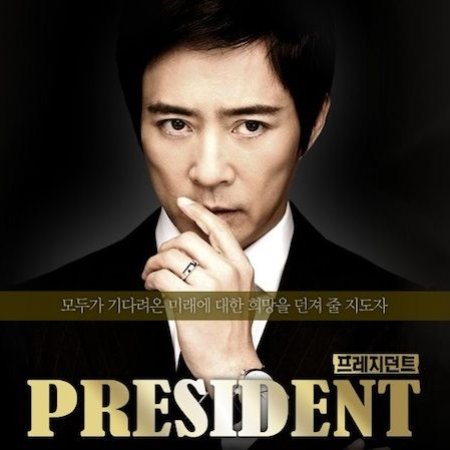 Completed
mysecretsoul
16 people found this review helpful
Other reviews by this user
0
Feb 7, 2014
20 of 20 episodes seen
Completed 0
Overall 8.0
Story 8.0
Acting/Cast 9.0
Music 8.0
Rewatch Value 7.0
Stimulating. Addictive. Endearing. These words describe what every drama aspires to be, and what President most definitely is. How surprising that something so fun is also little known! "But wait," you say, perhaps suspiciously. "How can a show about a political campaign be anything but stodgy?" Don't run. Hear me out.

While a good portion of President does revolve around politics and the campaigning process, much more can be seen than that. After all, this is the tale of deep and involving characters, each with their own fleshed out philosophies, backgrounds, and behaviors. These deal with and engage in various conflicts and intrigues, some scandalous, some campaign-crushing, others life-ruining. So what does such an atmosphere produce? High stakes conflict, with constant twists and turns. The viewer never knows what might come out of various happenings, even until the end. There were times I held my breath, totally drawn in, or even cried, having become so involved in this bitter battle.

Another strength rests in dialogue, a major point for scriptwriters. Much like in another surprisingly fetching drama (Empire of Gold), conversations are strong and memorable, if not as literary. Several speeches served up goose bumps, especially those delivered by Jang Il Joon (Choi Soo Jong).

Despite the deep praise I have for much of President, problems do exist in the narrative. There were times, if only on occasion, I found certain events unbelievable or a little “too much.” More serious might actually be the inclusion of Yoo Min Ki (Kim Jay), and the overall pacing of that character’s subplot. Two romances exist on top of this, yet only one works well; the other feels shoe-horned in to hook unsuspecting romance fans.

Acting! Why not start with the best? Jang Il Joon might be one of the most fascinating characters ever written for a drama, and Choi Soo Jong brings him to life with overflowing charisma. Is this a good man, a bad one, or a bit of both? This unforgettable portrayal deepens as our knowledge of Jang Il Joon does – and what an electrifying effect! His voice especially gave me the impression of a true leader; I could listen to this man speak all day, yet always be moved.

Other fine performances belong to Ha Hee Ra (as the deliciously complicated, unscrupulous Jo So Hee) and Kim Heung Soo (brilliant advisor Ki Soo Chan). The majority of Jang Il Joon’s competitors and campaign workers were great too, though particularly Hong Yo Seop (playing noble Kim Kyung Mo). I honestly wanted to give this section a perfect score, but unfortunately several young cast members prevented me. These include Kim Jay and Wang Ji Hye as the biggest offenders, but their scenes are mercifully short in comparison to the rest.

Two great vocals are provided by Super Junior (“Biting My Lips”) and 4MEN (“To Go and Die Alone”) respectively. This second touched me the most; its lyrics suit Jang Il Joon and his upward struggle to a magnificent degree. Otherwise, most incidental music worked fine or was at least unobtrusive, though both the “love ballad” and campaigning tracks were not to my taste.

New Topic
Be the first to create a discussion for President 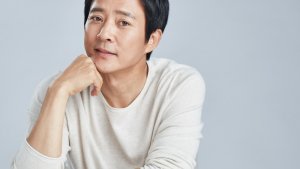 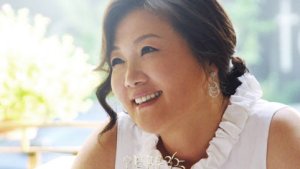 Korean Actresses Over 40 Who Never Cease to Amaze: Part 3 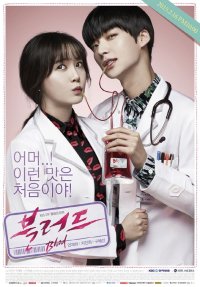