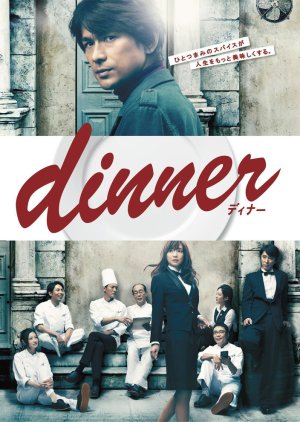 This drama follows the staff of an Italian restaurant and their everyday struggles. “Roccabianca” is a famous and popular Italian restaurant, but their head chef and owner Tatsumi suddenly collapses and the restaurant loses its unique flavor. The number of customers rapidly declines, but the owner’s daughter and deputy manager Saori happens to find another chef named Ezaki through an online job market who learned cooking at the same place her father did. Ezaki becomes the new head chef of this restaurant and while nobody can deny that he is a gifted chef, it’s his extreme rationalism that doesn’t exactly go well with the restaurants attempt to save its traditional flavor. Edit Translation 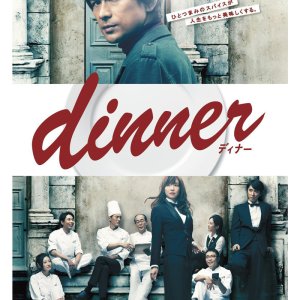 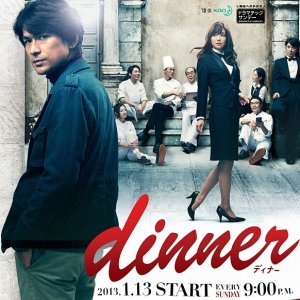 Completed
Lily_B
9 people found this review helpful
Other reviews by this user
0
Dec 23, 2013
11 of 11 episodes seen
Completed 0
Overall 8.0
Story 8.0
Acting/Cast 8.0
Music 8.0
Rewatch Value 3.0
I really enjoyed this drama. I wanted to keep watching it and complete it quickly, but at the same time I didn't want it to end. That's because I was sucked in by the atmosphere - this drama is simple, down-to-earth and heartwarmimg. I wanted to squeal "kawaii!!" on more than one occasion. For me, that's a winning point.

The story was perfectly solid, although there was nothing remarkable, and it had some weak points overall.

The main plot is simple enough: Are they going to save the restaurant in the end, or not? Then there's also the question of how they're going to learn to get along with the new head chef Ezaki (Eguchi Yosuke). I’ve recently read a book about group dynamics and leadership and some things in this drama sort of illustrate really well the things I’ve read about. It could be argued that the story is predictable in both respects, but that wasn't a problem for me as I felt that it was always interesting, and there was character growth and development in the way the characters related to each other.

The characters in this drama are easy to like. They all have flaws and personal issues, but there are no annoying characters in Dinner! Most of the supporting characters got to be the main focus of an episode, and I liked that as it made me get to know everybody and care about them all. I felt that the story was very good for a drama in this genre - it's about people and the food they love to eat and cook.

There wasn't any romance in the main story arch of this drama but Tatsumi Saori (Kurashina Kana), the manager of the restaurant is sort of the cute princess to Ezaki's knight in shining armor. He’s grumpy, and a no-nonsense kind of person. He's very strict and extremely serious about food, a perfectionist, and doesn’t care if people think he’s scary as long as they do their work well. But he’s not mean, prejudiced or vain, he’s a really good guy under a rough surface. Ezaki's passion for food boils down to the fact that he loves to make people happy with his cooking. That makes him happy, and it motivates him to keep growing as a professional. This makes a lot of sense to me and personally I find this kind of character appealing.

What I liked less was that it felt like the story was dragging a bit with some of the episodes. It wasn't always interesting, so this drama was a bit uneven and not quite as amazing as the first few episodes led me to believe. Still, it was far from disappointing; I consider this my favourite of the dramas I watched during the late autumn of this year! (I didn't watch it while it aired.)

Also, while it's super cute, the enthusiastic "Let's all do our best and smile because we're like one happy family!" attitude can be a little bit tiring sometimes.

The acting was convincing overall, but I found it to be a little bit over the top at times. I really liked Eguchi Yosuke most of the time, but when he became too wild-eyed with excitement, I felt that the drama was bordering on cartoon-ish, which felt out of place.

Most of the time, this drama was well-balanced between humour and serious themes, but although definitely enjoyable, this drama was not as perfectly composed as one of Ezaki's dishes. Oh, and speaking of Ezaki's dishes - the cooking scenes in this drama were good. I wouldn't have minded even more closeups on the food, but I'm not disappointed with what I got. This is not a drama about people who just happen to work at a restaurant, the drama is about the restaurant, so food is definitely an important part of it.

In the comments, some people have mentioned the ending. Well, in my opinion, nothing else would have made sense to wrap up this story in a good way, and that's that. I liked it.

I never have a lot to say about music in my reviews, and this time is no different. I really liked the ending song, and the music overall was nice... but I don't feel that this has any significance for my overall rating of the drama.

While I enjoyed this drama a lot, I don't think I would rewatch it. I've never rewatched any drama so far, and there are very few that I could see myself rewatching in the future.

Completed
aros
6 people found this review helpful
Other reviews by this user
0
Apr 14, 2013
11 of 11 episodes seen
Completed 0
Overall 9.0
Story 9.0
Acting/Cast 8.0
Music 8.0
Rewatch Value 6.0
Dinner is a very relaxed, down-to-earth Drama. While it obviously has its exciting moments due to the main focus of the story being them trying to save their restaurant, it isn't an overly hectic or melodramatic Drama. You see the ups and downs that the staff of the Roccabianca face, as well as some personal issues faced by them as individuals, but all-in-all the primary focus of this revolves around food and the restaurant itself.

Now, I'm a big fan of cooking shows, so naturally I had semi-high expectations for the food aspect of this. Thankfully, I wasn't disappointed. The kitchen and overall cooking scenes were very well done and they left me hungry every time. It's interesting to see them working together in a kitchen and getting to see just how every little thing is made. Especially when they work on improving or creating new dishes.

Acting wise, I'd say that it's very well done. Definitely above average. The music is also nice, featuring a lot of soft, but typically cheery classical music in the background.

All in all, I'd say it's a very nice, non-hectic drama that's enjoyable in all aspects. I certainly have no complaints to make.

New Topic
Be the first to create a discussion for Dinner 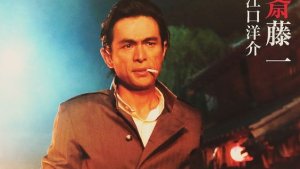