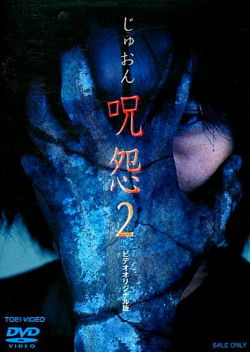 Ju-on 2 continues the story of Suzuki Kyoko and shows how the curse affected everyone in her family. It also shows the story of another couple, the Kitadas, living in the house and the extended storyline of Det. Kamio from Ju-on. --asianmediawiki Edit Translation 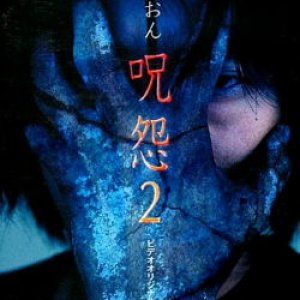 Completed
Anna0_0
1 people found this review helpful
Other reviews by this user
0
Jul 30, 2016
Completed 0
Overall 7.0
Story 7.0
Acting/Cast 7.0
Music 6.0
Rewatch Value 5.0
STORY: The overall story was not much different from the first, nor will it be different in the later films. There is a haunted home and angry ghosts that pursue certain people. There were newer characters introduced and new small stories within the film, creating a bigger web, however I felt this installment of the Ju-On series left a few too many loose ends. I realized pretty quick that almost half of the movie recaps the story of the original family from the first movie. It is only after this that new stories begin and some from the first movie are continued. A few parts did not make sense.

ACTING: The acting was about as expected. No one stood out as extraordinary, but no one was horrible. There were more children involved but they were not awkward like some may fear. The cast was suitable for the movie.

MUSIC: Once again, there was not much music involved. The few tracks that were used were okay, typical horror music. The sound effects were not as good in this film; sounds did not always match with actions (that may be because my copy was very old - vcr tape format converted to digital). Perhaps, it is because I have watched the newer American versions as well, but the sound effects are even at times overdone - but the film is old and some older films do that.

REWATCH VALUE: I personally wouldn't really rewatch this one for a long time, perhaps if I was doing a marathon, but eventually I would. However, die hard horror fans might rewatch it often.

OVERALL: The movie was okay. I found it to be a little bit of a let down; I only jumped once. The idea behind it is great but wasn't executed as fully as I would wish for it to be, I may rewatch it once more to see if I missed anything crucial that could make it better. BUT IT WAS NOT TERRIBLE. Just OKAY. I think if you're a horror fan, especially Japanese horror, you should try it.

Completed
Kaitlyn
0 people found this review helpful
Other reviews by this user
0
Dec 3, 2019
Completed 0
Overall 7.5
Story 7.0
Acting/Cast 8.0
Music 6.0
Rewatch Value 6.0
I decided to finally watch these movies as I've seen the Hollywood version and really enjoyed it. Parts one and two weren't too terrible with my main complaint being that the story gets pretty confusing. They. introduce many different characters so it makes it hard to keep up with who's related to who, what the character's names are (like Kayoko and Kyoko), and what happened to who. Most of the "scary" parts I found more comedic than scary. However, I will say the acting was pretty good and there were a few scenes that managed to creep me out and made me a jump just a little. Overall, worth a watch if you have the time or wish to watch all the movies in the series.

New Topic
Be the first to create a discussion for Ju-on: The Curse 2