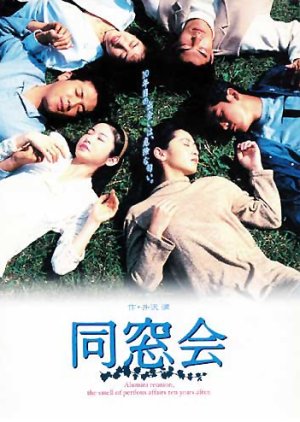 This is the story of Onihara Natsuki, who is married to Ando Fuuma. During his high school days, Ando Fuuma was once in love with a schoolmate, Atari Kousuke. However, as Kousuke is straight, Fuuma tried his best to forget about him, by hanging out at Shinjuku 2-chome. Together with Kousuke's girlfriend's brother, Tanno Arashi, Fuuma has sexual orgies with partners of both sexes. Now, Ando Fuuma is married to Onihara Natsuki, who doesn't know that Ando is gay. One day, Natsuki accidentally found out that Ando is gay. In her despair, she sets out to Shinjuku 2-chome, wandering around aimlessly deep in the night. There, she bumps into Arashi, and had a one-night stand with him, after which Arashi demanded money from her. Soon after, Natsuki realises she is pregnant with Arashi's child. She abhors the thought of having a child from paid sex and is adamant to have an abortion. Edit Translation 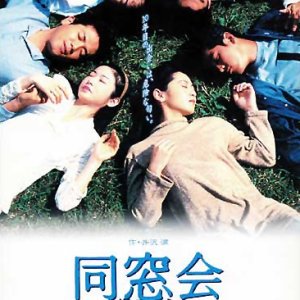 Completed
mino222
2 people found this review helpful
Other reviews by this user
3
Apr 6, 2018
10 of 10 episodes seen
Completed 3
Overall 9.5
Story 9.0
Acting/Cast 9.0
Music 9.0
Rewatch Value 10
This groundbreaking, progressive drama really needs to be rediscovered by a new generation! Decades ahead of its time in its frank and explicit depiction of GLBT life, I’m absolutely astounded that this show aired in primetime in Japan ... all the way back in 1993! And scored 17% viewership! Though understandably dated in style now, this was a mainstream drama with good production values and acting and a theme song by none other than Mr. Children! While not exactly gritty or realistic, it’s definitely lacking the stylistic artifice of most modern BL dramas.

So it’s all the more shocking that it’s got gratuitous male nudity in almost every episode (all three male leads bare their butts multiple times), gay kisses, shower scenes, sex scenes, uh ... “self-love” scenes... Seriously, I have never seen such an explicit live action drama, and it is definitely on a par with the raciest animated yaoi OVAs. Top-tier hunk Kousuke (Takashima Masahiro) is certainly not shy about showing off in his skimpy leopard print bikini briefs (ahh, the 90s).

But it’s not just about the eye candy ... the theme is about love in all its forms, and the characters are sympathetic as we see how they make mistakes, fall in love and struggle to find happiness in a repressive society. The plot twists you definitely won’t see coming – love pentagons are more interesting and unpredictable when several members are queer, and the story takes some remarkable “Modern Family”-esque turns. Yes, the melodrama gets dialed up to 11 at times, and the plot goes completely off the rails in the second half (seriously, the last 15 minutes are one WTF moment after another), but it never stops being completely entertaining.

I watched this raw, so I got the gist of the story but missed out on a lot of the details. I implore any BL subbing group out there to overlook the age of this drama and please sub this so it can discover a wider audience. “Dousoukai” is a classic of Japanese GLBT culture and history, and not to be missed!

New Topic
Be the first to create a discussion for Dousoukai