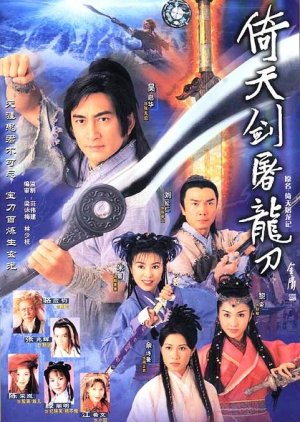 Set in the late Yuan Dynasty, the story revolves around a pair of priceless and extremely powerful weapons, known as the Heaven Reliant Sword and Dragon Slaying Saber, which many martial artists in the jianghu covet. Either or both of them are thought to allow their wielder to rule the wulin (martial artists' community), according to a widely circulating rumour in a repeated mantra. The series follow protagonist Cheung Mo Gei throughout his adventures, and along the way finds him entangled in a complex web of love relationships with four maidens. The first, Yan Sit, is a horribly disfigured girl who is actually his maternal cousin. The second, Siu Chiu, is a Chinese-Persian servant girl who understands him very well. The third, Chow Chi Yuek, is a childhood friend whom he develops a strong bond with. The fourth, Chiu Mun, is a Mongol princess and his former arch-rival. Edit Translation 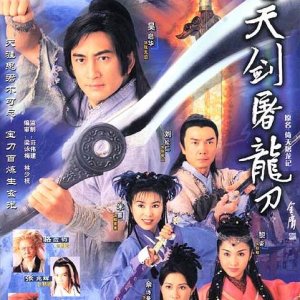