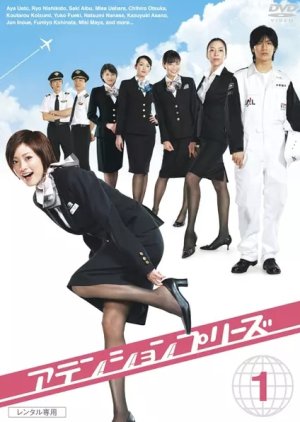 Losing her mother at a young age, Misaki Yoko was raised amongst three brothers. Yoko is a slightly boyish girl who is bullheaded and hates dishonesty. Ever since she was young, she enjoyed the company of boys over girls. She starts a band with four of her boy friends and becomes the lead singer. Then one day, one of the members of the band, Tsukasa, gets a job at a bank in Tokyo. Due to Tsukasa leaving town, the band breaks up, and though Yoko finds herself lonely, she puts on a strong act in front of Tsukasa. She can't tell Tsukasa how she truly feels for him. On the day Tsukasa leaves for Tokyo, Yoko goes along with the band members to the airport to see him off. The guys get excited when they see some cabin crew ladies and Yoko has no idea why. She reminds them that even she can wear a uniform, but the guys only make fun of her. That's when Tsukasa tells Yoko he wonders what she'd look like dressed in uniform. This is when Yoko decides she wants to work as a Cabin Attendant. Edit Translation 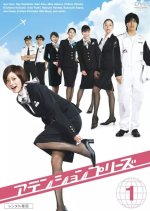 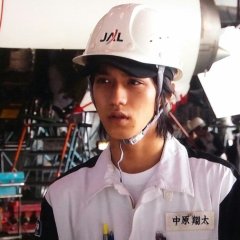 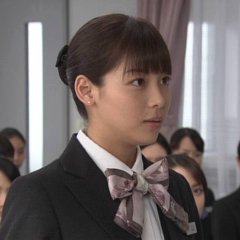 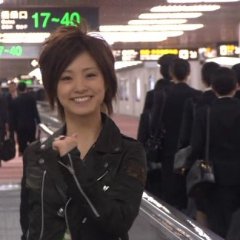 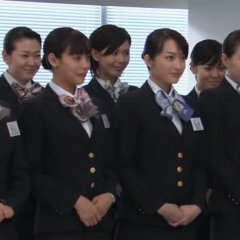 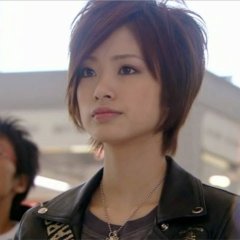 Completed
khjfan01
8 people found this review helpful
Other reviews by this user
0
Jun 12, 2014
11 of 11 episodes seen
Completed 0
Overall 8.0
Story 8.0
Acting/Cast 9.0
Music 9.0
Rewatch Value 7.5
I really liked Attention Please. It's something different than what I'm usually used to, but it's totally fun! The main character, Misaki, was likable to me at first, but then she did start to get on my nerves a bit. Still, I found her to be endearing. Her problem is that she's very self-absorbed, but she makes up for that in her confidence, quirkiness, and optimism. This drama is the first I've ever seen having to deal with cabin attendants. It was interesting to see the training aspect of it all. But even if you don't plan on becoming a cabin attendant, you can apply the lessons in this drama to any occupation you're thinking of entering. When things get hard, don't give up.

Attention Please is not a must-see, but it's a decent enough drama. It has everything a drama addict needs to make it "good enough". It's got drive and it's got spunk. You want to see Misaki make it to the end.

Completed
Becca256
7 people found this review helpful
Other reviews by this user
0
Nov 17, 2011
11 of 11 episodes seen
Completed 0
Overall 7.0
Story 8.0
Acting/Cast 7.0
Music 6.0
Rewatch Value 10
This drama, even though it lacks in some parts, it truly really fun and interesting to watch. It is about how we grow up and learn lot of stuff that will help us through life always staying true to yourself, not changing but evolving into someone better.

The story is really funny to watch, mainly because all the characters are well written and interesting without overdoing it. Also I liked that unlike most dramas, this one doesn't really have a super dramatic arc. Besides I think the way it starts, with Misaki becoming a flight attendant only to impress boys is really different and is only an example of how the rest of the drama goes. If you liked the first episode, you'll love the whole drama, but if you didn't, you probably won't like it.

I loved how Ueto Aya acted in here, the whole drama is about her character Misaki, and how she struggles to find her place, and although it was a difficult part to play, because it was a lot of responsibility, but she completely pulled it off. I also loved Ryo here, this wass actually the drama where I met him and fell in love wih him. Besides, this was the drama that he starred after 1 litre of tears, and it was a great choise because after seeing him all dramatic, people could appreciate that he could also be funny and cute. The whole supoorting cast was good, their character helped to create what was going to be airport environment, which was almost another character by itself in this drama.

I watched this a long time ago, so I don't remember the music really well, but I do remember the main theme, which was a cover of "Pretty Woman", and I simply loved it, it was funny and cute, and very fitting for the main character.

I've watched this drama several times ever since I first saw it, and never get tired of it, it's the kind of drama that I watch when I just want to see something funny.

Overall, this is a great drama, if you like comedy combined with a little depth, this is your drama.