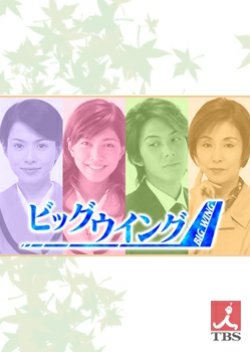 Kumiko Yoshikawa joins the Big Wing company at Tokyo International Airport. It's her first day and she is full of enthusiasm, but that leads her into trouble. She gives an old lady who is running late for her plane a piggy-back to the departure lounge only to delay the flight's departure even more. Then, while away returning a lost wallet, her counter is robbed. However, Big Wing general manager, Shoko Hanamura (Yoko Nogiwa) sees potential in Kumiko's dedication to her customers. --- TBS Edit Translation 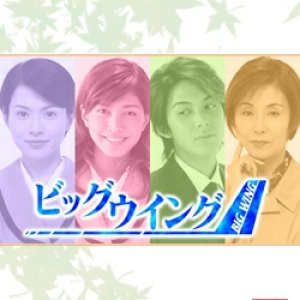 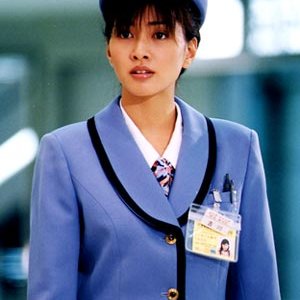 Completed
ACC
2 people found this review helpful
Other reviews by this user
0
Aug 2, 2015
10 of 10 episodes seen
Completed 0
Overall 5.0
Story 6.0
Acting/Cast 7.5
Music 4.0
Rewatch Value 1.0
This is exactly the setting of drama I enjoyed the most, is to say work related fiction, if only they had keep it simple.
What I don't like in japanese comedy work series, is how when you have watch one, you have watch it all more or less. They kind of always use the same patterns, and I don't mind unoriginality as long as it entertains me, but sadly it didn't enough.

We have our heroine, typical over the top always in a good mood no matter what, she could have come straight from a shoujo manga, it would have made no difference...
Bref, despite an unfortunate childhood (her mother died while giving birth to her), she's always so jovial and cheerful, and friendly to anybody she just meet (really!!!). She's overzealous when it comes to her work, and helping all kind of passengers is truly what makes her happy.
I don't want to sound offensive, but that's exactly the kind of story that makes me want to puke, too cheesy for me.
I really dislike unhuman character, who like to put others before themselves, every single time, who have a solution for everything, and never seem to care for their own life.
If it was an anime, maybe I would be less harsh, but come on, this a serie with real people in it we're talking about, for crying out loud.
I should have known better, I'm not really into comedy after all!!

Now, because the serie was made in 2001, you clearly see that the characters seem more natural and touchy feely (en tout bien tout honneur, bien sûr) and less robotized than nowadays, that I really appreciated.
I also like the character of Hanamura Shouko, the lady boss, she's quite something in this drama, the scene when she arrive dressed in kimono style, Ouwaouh!!! That woman sure ages gracely. I saw her in “W no Higeki” before this drama.
But none of that was enough to keep me interested, what a pity!!