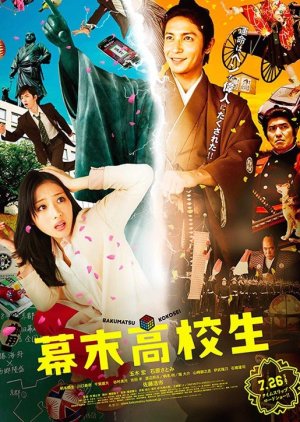 Set in the year 1868, Imperial statesman Katsu Kaishuu attempts to avoid a futile conflict with Shogunate forces by sending a message to the highly influential samurai Saigou Takamori. One day, Katsu crosses paths with a high school student named Masaya and a history teacher named Mikako who have slipped back in time from the future. Mikako is attempting to find two other students, Eri and Shintaro, who may have also slipped back in time ahead of them. As Katsu worries about having not received a reply from Saigou, Mikako assures him that the peace talks will indeed be successful and war will not take place in Edo. However, even though Mikako knows exactly what should happen due to her knowledge of history, events begin to take an unexpected turn. Edit Translation 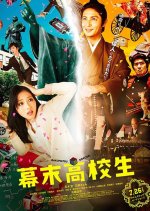 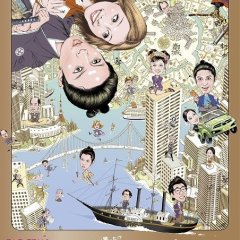 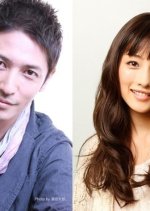 Time Trip App does involve quite a bit of history but the most important thing to know is the Katsu Kaishuu saved Edo (Tokyo) from a civil war between the emperor who abdicated his throne in 1867 and the new government. This is the transition between the Tokugawa shogunate (Edo period) and the Meiji Restoration called the Bakumatsu. The movie seems to express the indecision of Katsu Kaishuu when faced with making the choice that changed the history of Japan with a certain foolishness for comedy. Ishihara Satomi's teacher character is problematic at first. The plot is quick to expose her flaws as a teacher and corrects her flaws through her experiences in the past. Strangely enough, Shintaro Numata seems to be the only student involved the development of the main storyline as the others are cast aside into their own side plot. There is more amusement at the situations these future characters find themselves in rather than comedy provided by Katsu Kaishuu. Also, I hate to crush everyone's hope and dreams but the ROMANCE IS PRACTICALLY NONEXISTENT! The time travel trope manifest itself in this movie by recycling elements from Back to the Future. The goal is the same: to return things to how they once were and to safely go back to the future.

Tamaki Hiroshi and Ishihara Satomi!! Wow, both are great seasoned actors! Tamaki Hiroshi's acting in here does outshine Ishihara Satomi's because he is playing a historical character. Although his acting and looks may reflect the true Katsu Kaishuu, he does keep the historical timeline accurate with his fool-like personality. Ishihara's character may be generally dislikeable; however, do take note that she is playing a character going through self-realization. By the end of the movie her attitude will take a turn for the better. The students were also played by experienced actors and I was not disappointed with their acting. Kawaguchi Haruna is a cut above the rest, going above and beyond with her modern street girl personality.

There are horribly cheesy music to go with effects. The OST is nothing overly done, all songs are ordinary, to the point that it portrays each atmosphere with a sense of familiarity. The ending song, INFINITY?ZERO by nano, seems to be the only actual song in this movie. The song fails to fit in with the rest of the movie since it is heavy metal, but it is a good song and a highly energetic way to end a happy movie.

Rewatch this for missed historical references. Or maybe just to see Tamaki Hiroshi and Ishihara Satomi. Props and setting-wise, this movie is a goldmine. Each Bakamatsu or Early Meiji setting building is the stuff of textbooks.

This is a great movie to watch if you are bored and know some Japanese history. Without historical context this movie seems absurd because all plot is build on real history. This movie does try to appeal to the younger generation with the student and the time travel trope but can also be a family movie enjoyed by all.