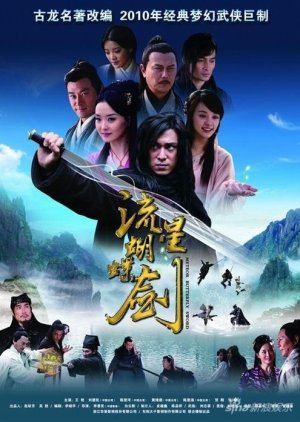 Adapted from Gu Long's novel of same title, "A shooting star burns but briefly, but while it burns what other star in the heavens is as bright, as brilliant.? When a shooting star appears, not even the stars in the enduring constellations can match its light. The life of a butterfly is delicate, even more fragile than flowers, but alas it lives only in the spring. It is beauty, it is freedom, it is flight. Although its life is short it is fragrant. Only swords, in comparison, are eternal. A swordsman holds his light, his brilliance and light in his hands, but should the sword feel emotion will its brilliance be as short as that of a meteor?" The novel touches on the themes of life, love and ambition and what is endured, betrayed and sacrificed to achieve each. --Ancientchinese.net This series aired two episodes per night. Edit Translation 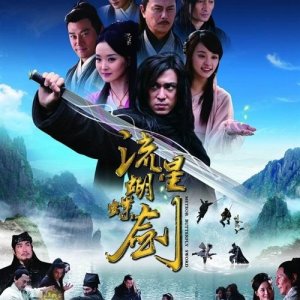 Completed
helkwo
2 people found this review helpful
Other reviews by this user
0
Oct 30, 2018
30 of 30 episodes seen
Completed 0
Overall 9.0
Story 10
Acting/Cast 8.5
Music 8.5
Rewatch Value 9.0
I started watching this drama because I liked Baron Chen from Fights Break Sphere/Battle Through the Heaven.
The storyline of this drama is fairly unique and it took me a few episodes to understand what was going on.
This drama has some plot holes and some things that happened are less than credible.
However, what makes up for it is the commeraderie among the assassins. I really appreciate it that there is no love triangle or silly misunderstandings between lovers.
I really love Baron Chen’s character, Meng Xing Hun. He is the ultimate moody assassin who falls in love and is genuinely a nice guy.
The acting isn’t the best but all the characters are very watchable and not so two dimensional.
I would recommend this drama to those people who are bored with typical Chinese period dramas and want to watch something different.

Completed
Kenny
1 people found this review helpful
Other reviews by this user
0
Oct 5, 2019
30 of 30 episodes seen
Completed 0
Overall 10
Story 9.0
Acting/Cast 10
Music 9.0
Rewatch Value 10
This review may contain spoilers
Story: There are sides the Sun Mansion and the Roc King, I thought they were going at war and this is what the drama was about but it was mixed in not quite the main plot. The drama has more of everything in it instead of one main focus. Our main hero Meng grew up with three brothers and a so called "sister" as they are older now they repay her by assassinating people she assigns them to assassinate. Men is closest to Ye Xiang his best friend/brother. The task that's assigned to him and Ye Xiang is to kill Master Yubo and this lasts throughout the show. One problem I had with the plot was how rushed they ended the conflict between Sun Mansion and Roc King. There are dramas where they get around 40-60 episodes and I think this one should have gotten more episodes based on how they rush the ending to the conflict between Sun Mansion and Roc King. Also throughout the drama was who is the father of Xiao Die's baby. I thought it was great how Die was suffering around her from her family betraying her and being bullied by Lu Xiangchuan which made me cheer for someone to save her from this mess. I wished more of the fight scenes weren't always in the dark.

Characters/Cast: My favorite character was of course the main hero Meng Xinghun. He fits most of the traits that I want from a hero. He doesn't start out weak and learning through out the series to become stronger, he is already skilled in his martial arts. He's a very skilled fighter, clever, serious look, wise, and caring. I enjoyed seeing him and Die along with baby together. I love it when a guy has to fight to protect his wife and baby. I thought Ye Xiang was kinda cool for a while but faded afterwards when Meng became more of the main guy of the drama to which I was confused who was the main character of this drama. I have no problems of Die and Master Yubo. Characters I dislike were Boss Gao (their "sister"), Lu Xiangchuan, and their other brother who was a prick.

Music: I liked the opening song more than the ending. There were some good background music for the moments with sadness but nothing that stand out to me.

Re watch: The drama is only 30 episodes which is short for a wu xia Chinese drama and I could easily watch this again.

Overall: This drama exceeded my expectations and its one of my favorite chinese dramas now maybe my favorite. I just wished this drama had more episodes 30 was too short. I think more people should watch this drama and you can find it on youtube.

New Topic
Be the first to create a discussion for Meteor, Butterfly, Sword