It’s nearly impossible nowadays to watch a drama or a movie in Asia without some mention of an idol being in it. Some people are big fans of idols and support their acting, and some people roll their eyes at the idea. Additionally, idols seem to either do really well as actors/actresses in their projects, or to bomb them completely.

So what about the films and dramas where it’s all idols? Those are what I call 'Idol Dramas' aka where singers/performers try and debut into the acting world.

I want to elaborate the difference between an 'Idol Drama' and a drama with an idol in it.

Here are some examples of a drama/film with an idol in it, but are not idol dramas: Hwarang ( Choi Minho and  Kim Taehyung), Gokusen ( Matsumoto Jun), So I Married An Anti-Fan ( Park Chanyeol), Ani ni Aisaresugite komattemasu ( Katayose Ryota). Above are dramas listed where idols have been cast in lead roles, but are NOT the dominant part of the cast. The cast is filled with seasoned actors/actresses instead.

These series are dominated with idols in all the lead roles, with very few actors and actresses making up the supporting cast, if at all.

So now that I’ve clarified what is and is not an idol drama. Who cares? What’s the big deal? The point of making the distinction?

Let’s be realistic, aside from very rare cases, most productions companies will never hire someone without experience. Even the biggest names in idol life will be challenged to break into film with no experience.

To overcome this issue most talent companies will set up a mini-drama or film to create that experience. Idols are hard pressed for time, so they cannot ‘naturally’ grow as actors/actresses by taking smaller roles and growing into bigger ones. Companies have to keep making money off their talents, so to fully exploit their idol, they’ll fund the initial series their idols will star in.  Ideally, this is so all members get exposure into acting, while only a promising one or two will actually develop into full-fledged actors/actresses.

Okay, so that’s cool but why are a lot of these idol dramas so sub par then? The company is investing money, you would think they would be a little better?

There are quite a few factors into why idol dramas tend to look/feel subpar. Of course, there are tons of factor, but here I will list the top four reasons I have noticed over the viewings on why they’re often sub-par.

1)   Most of the idols starring in them have no acting experience whatsoever. Aside from a few acting lessons, and maybe an on-site coach, there is most likely not too much effort given into training idols into actors. It depends on the company and the natural talent, if an idol happens to make it as an actor too,  then great. If not, they fall back into singing/dancing/etc.

2)  Audience expectation. Most idol dramas are not filmed with the intent of being a great theatrical experience. The audience watching these dramas and films are already fans of the idols, so there isn't a huge loss of revenue. The roles most idols are cast as are more or less fit to the existing idol, rather than an original character. Most fans aren’t expecting great results, but rather a change of pace from the usual promotion schedule.

4)   Poor script writing due to expected poor acting. Most screenwriters don’t bother writing a quality script knowing that inexperienced actors will execute it. Or the script will be cut down so it’s easier for an inexperienced actor to perform.

You can argue this is the fault of non-idol dramas as well, so I’m going to talk about two examples of bad Idol Dramas/films, and then two good ones so you can see the marked difference.

Oh boy, I’ve reviewed them before but they are the prime example of idol drama done wrong. And don’t get me wrong; I adore the girls of Dempagumi.inc (Moga’s my favorite), but these mini-dramas were disasters - start to finish. Firstly, I can look at the majority of the dramas and say the budget was not there for this to be a solid production. Which is really unfortunate given Dempagumi.inc’s popularity and fan base.

The most obvious point was the majority of the girls had never seriously acted in a drama before. (They all had guest roles on Saikou no Rikon but that doesn’t count.) It was painfully obvious to the viewer and everyone involved. The drama looked forced, with really awkward execution. Of course, there were redeeming moments. However, it was more or less the girls of Dempangumi.inc being asked to cosplay and pretend to be alternate universe versions of themselves (more on that later).

The second point, while the plot was unique, it was shallow and underdeveloped by any standard. This drama series had the potential to be a really big fantasy genre that Japan’s been missing over the years.  Unfortunately, the drama series is only about 15-20 minutes per episode with not a lot of time to fully develop all the concepts and topics covered. What happened was the topics were all skimmed at the surface, with no real development in any aspect.

Additionally, the really obnoxious fanservice of swimming training and a kiss scene just showed how obvious this was for being about exposure versus a quality drama. The Bad: Attack on the Pin-Up Boys

Again, I adore Super Junior. However, once you get past the initial funny/cute elements of the story you see how much it is lacking. It was Super Junior’s debut film together, and for most of them, it’s one of two films they ever star in (The other being  I AM).

The plot is weak and rather immature given the guy’s ages: throwing poop on pretty boys? Really SM Entertainment? Again, the shallow themes are mostly due to the lack of experience most of the actors (SJ) had between them. However, what makes the difference between Attack on the Pin-Up Boys and Innocent Lilies was the investment in acting coaches/lessons. There are a lot less awkward interactions and overall better quality of acting due to this.

This film did kick start Choi Siwon, Kim Kibeom, and Hangeng’s careers. So we’ve got SM to thank for that.

A note on how to spot a bad idol drama; the characters are literally the idols themselves. Most of the time, rather than being an original character with the same name, it’s an alternative universe version of the idol as we see with both examples above. The coaching technique is usually along the lines of 'exaggerate yourself and your typical actions', versus real coaching or acting techniques involved. It marks out some of the issues idols have with ‘playing themselves’ as roles.

Rather than dwelling on the bad, let’s move onto some examples of really well-done idol dramas. For whatever reason, on this site and others, AKB48 gets a lot of flack for supposed poor acting and idol actresses. Yet, both Sailor Zombie and Crow’s Blood were incredibly well done as idol dramas.

Focusing on Crow’s Blood, we see that AKB48’s company actually invests a fair amount into the series and their actresses. None of the actresses are bad; they deliver their lines well, express a wide range of emotions and develop as characters overall. The plot is a big step up in the creepy factor and delivery. The girls aren’t in challenging roles, however, but the characters versus being themselves.

The one drawback is that Crow’s Blood is not the first role for most of the actresses, which makes the comparison to Innocent Lilies unfair. However, it shows how the effort a company puts into idols makes such a difference. Acting lessons and a proper budget makes the appearance a lot better despite the ‘idol’ label. The exceptions being Shin Wonho, and Terada Takuya, this was the first film for the majority of Cross Gene. And yes, I am a fan of Cross Gene, too. Overall, it was really well executed and produced. All the members, rather than being cast as ‘Cross Gene’, were cast as characters, the first indicator of the seriously good idol drama.

ZEDD actually has a pretty mature, if not overdone (it was zombie season in 2014, okay?) theme of the zombie apocalypse and how they deal with the fallout and survival. The characters were well fleshed out, despite the incredibly quick pacing of the film and its duration (only 54 minutes!). However, the packing and timing show that perhaps pieces were cut in order to highlight better scenes and better acting versus all of it. It was really well edited if that was the case, but I haven’t found information regarding the editing part.

Additionally, there is a clear investment of time, money, and training. They even got actors from outside Japan and South Korea to participate in the film instead of casting only within. The biggest flaw in this was that, unbelievably, all the characters magically understand one another: Casper speaks in Chinese, Takuya in Japanese, Seyoung, Sangmin, Shin and Yongseok speaking in Korean, and with some English thrown in there by the supporting characters. This was most likely done to ease the delivery of lines but is also a flaw with filming and overall quality of the film. I have my doubts if it would be still as good should Takuya and Casper have delivered their lines in Korean.

With all that now explained, I hope everyone walks away with a better understanding of the idol drama, versus a drama with an idol in it, and maybe a few ideas of what to watch next. 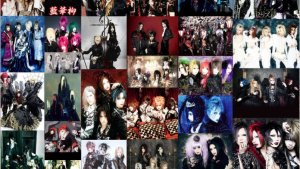 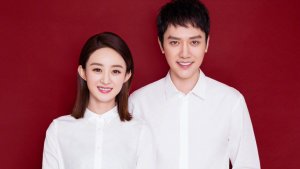