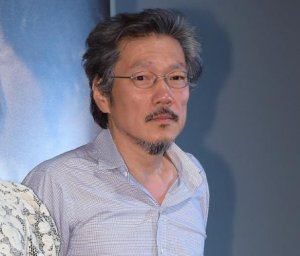 Hong Sang Soo began his film career at Chung-Ang University in South Korea, before moving to the United States where he received his bachelor's degree from the California College of Arts and Crafts and his master's degree from the School of the Art Institute of Chicago. Hong made his official directorial debut at age 35 with The Day a Pig Fell into the Well in 1996. Praised by South Korean critics for its originality, the film received several awards domestically and internationally, including three for best new director.
Many of Hong's films have received critical acclaim for the director/screenwriter's portrayal and depictions of everyday human relationships. Although most of his works are not considered commercially successful, Hong is one of the most well-known Korean directors in the international film world, and his low budget arthouse films have screened in competition at the Cannes Film Festival, the Berlin International Film Festival, the Venice Film Festival, the Locarno Film Festival, and several other film festivals.
Notable among the awards Hong has received are the Prix Un Certain Regard at the 2010 Cannes Film Festival for Hahaha, the Silver Leopard Award for Best Director at the 2013 Locarno International Film Festival for Our Sunhi, and the top prize Golden Leopard at the 2015 Locarno International Film Festival for Right Now, Wrong Then.
In June 2016, Hong was reported to be having an extramarital affair with actress Kim Min Hee who appeared in the 2015 film Right Now, Wrong Then. At the Seoul premiere of "On the Beach at Night Alone" in March 2017, Hong openly admitted his affair with the actress, who was also present. 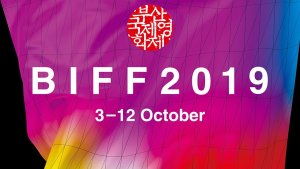 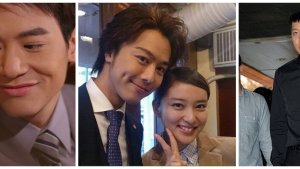 What are the most surprising, exciting and shocking moments of the past year in the world of Asian dramas? Happy Holidays and let's check out the 2017 wrap up!