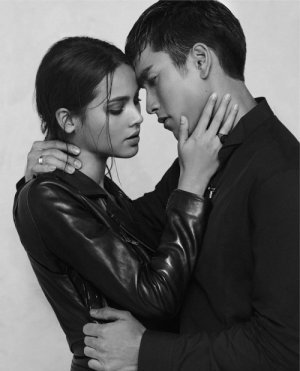 Completed
Mia Taeng
1 people found this review helpful
by Azet
Apr 15, 2019
14 of 14 episodes seen
Completed
Overall 7.0
Story 7.0
Acting/Cast 9.0
Music 7.0
Rewatch Value 5.0
A classical trope that (actually) could have been pulled on better.A Husband torn between the wife and the mistress. Rome Patchata plays the spoiled and selfish heir Khongai gets forced by his mother to marry the food judge Arunprapai played by Chompoo Hargate. These two despises each other instantly, but Pai still marries him to avoid rumors about having a affair with her married ex-boyfriend. A stimulating and passionate marriage starts with obstacles threatening to break them apart, but they still come to fall in love with each other. With a former mistress doing everything to destroy Khongai`s and Pai`s marriage, Pai has two other admirers who earns for her love.

The first half is indeed the most interesting part of this Lakhorn. It has its moments of hilarious banter and humor. Where every character has its part of purpose. The villian Narong is a worthy one, even if he does deserve the ending he got i still think he was a redeemable character as he loves his adoptive sister Bproong with a intensity, and damn what a chemistry they have! Bproong was so self-destructive and mad that it made my head hurt to the bits. The risks she takes on winning Khonghai will frustrate you, but the actress do portray her so well that you do eventually wish for her to have happiness, and she could have that with Narong. But after the second half i struggled to finish this lakhorn, as the storyline took on a more crazy note and just took on bunch of drama to make it longer. Its a thai-lakhorn and they usually are overly dramatic, but this one just made my head hurt.Its my first time watching Rome and Chompoo in a lakhorn, and i do look forward to watch more of them, as i love Chompoo in the TV-SHOW 3-Zaap...her personality are so color-ful and naughty at the same time!

Her portrayal as Pai is done very well, as she did great with showing the struggle and pain in not being sure of the love of her husband. She was indeed sophisticated and smart throughout the story, and never backed away from a challenge. Always having the last word,liked that about her as a Nangek. Khongai is a man you struggle with, as he has the most character developement in this story. From a irresponsible and bratty person, he come to learn about the importance of family,life and love. Through his love for his wife Pai his view of the world changes and he learn to have compassion and patience and cherish his loved ones. He becomes a man who gets ready to take a bullet for his wife and child, thats a true hero indeed!