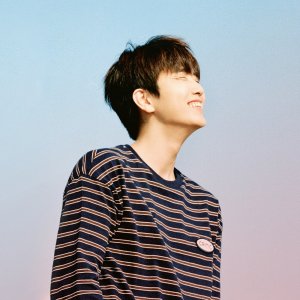 Completed
Miss in Kiss
4 people found this review helpful
by missraichyl
Mar 18, 2017
39 of 39 episodes seen
Completed
Overall 10
Story 9.0
Acting/Cast 10.0
Music 7.5
Rewatch Value 9.5
WAhhhhhh! I love it! Hands down, the best addition so far(still subject to change as I make my way through them one by one) but ahhh, i love it

Story:
Well, nothing new.. same story we all know and love. Girl falls in love with smart, handsome guy, he says no, the chase begins. Though I will say, I found a lot of similarities in this one as I saw in Playful Kiss (Korean version).

Acting/Cast:
The lead is so cute! Oh, she had me crying when she cried, which happened frequently... but mostly towards the end, you could literally feel what she was feeling. Her acting was really good and I liked that the more you saw of her, she wasn't as 2-D as other versions. I love them chemistry between the two. Dino was pretty good, though I felt like some of his lines fell flat.. if you watch, you'll see, but on the whole cast was great. The mom was a bit too pushy for me. I prefer the mom in Kiss Me, like a guide more than an instructor. The second lead in this one wasn't up my alley. I'm usually fine with them because I know he has to be there to serve and the lead's foil but I didn't like that he didn't listen to her. Even in the Korean Version when he was at his absolute worst, I still didn't dislike him as much as this version- but plot, I know...

Music:
I don't remember... I think it was good, it didn't bother me.

Rewatch:
YES!! haha, I just finished it, but yes, I will probably go back and rewatch it in my free time when I'm not watching other dramas.

Overall:
One thing that really stuck out to me is that in this version, he isn't as cold. You can't really tell what he is thinking like most of the adaptations but unlike in Playful Kiss and etc., Dino gives you hints as to his feelings and isn't stone faced- he smiles a lot when she isn't looking. If you pay attention to him, his actions speak a lot. Thought he is still a bit confusing, like he'll do something, she'll misunderstand, he'll try and clear it up, she becomes happy, and then he does something that negates it all and your just like "what?????" so yea, but I definitely like this version of him best as of the moment. Dino really stood out to me... might watch more of him in the future.
Was this review helpful to you?