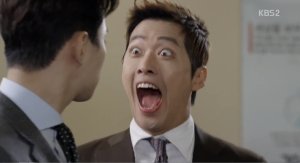 Completed
Memories of the Alhambra
12 people found this review helpful
by RapmoniNose
Other reviews by this user
Jan 20, 2019
16 of 16 episodes seen
Completed 0
Overall 10
Story 8.5
Acting/Cast 10
Music 10
Rewatch Value 10
If you are looking for something special, then this is the drama for you!
I'm that type of Drama trash that gets fed up easily with repetitive stories, romances, love triangels and the same poor woman/man meets rich man/woman. That's why I'm always out there searching for something new, something special, something I've never seen before and this was that kind of drama for me! I'm a gamer as well and the concept of an AR game like that made me drool.

I'm not a fan of the synopsis which is presented here though... If you are looking for romance, then this might not be the drama for you as it focuses more on action and fantasy/sci-fi. But I tell you... All the scenes regarding these genres were outstanding! I couldn't take my eyes of the TV. The effects were fantastic, the fights were epic and the locations and scenery was beautiful. If you are intrigued, give this drama a shot!

Story:
The story had me on the edge of my seat every episode while I binge watched it. That's all I needed to enjoy this drama to the maximum. The ending could've been a bit different but in my opinion it's not that bad. You could read in between lines as it is an open ending.

Acting/cast:
Hyun Bin was one of my first drama crushes to be honest... I might be a bit biased but I enjoyed his performance so much! He had a lot of difficult scenes in this one and he made me cry with him. Park shin-Hye did a good job as well :) Not her fault that she had to cry so much folks. She made it belivable and I cried with her.

Music:
I love 'Memories of alhambra' as my mother used to play it on guitar as well when I was little. Brought back memories haha. The way they combined it with the unpleasant event in the story got me goosebumps everytime it played. There was another prominent OST which I remember hearing a lot. it was soothing and fitting the atmosphere. Excuse me while I search for 'Memories of Alhambra' on YT.

Rewatch value:
OMG YES! There are way too many epic scenes, fights, effects, beautiful scenery and other things for me to not watch this at least 5 more times.

Overall:
I came for something extraordinary and that is exactly what I got :) The story had some 'holes' for some people but they also forgot that an AR game like that is not possible (yet) and therefore it made this whole drama fantasy/sci-fi genre. I didn't need a scientific explanation for everything as long as I enjoyed the whole thing. The ending left me thinking and I could easily imagine how things actually turned out. The ending is open and people saying it's bad is actually them wanting to see more from this drama, like scenes which should've happened afterwards. They happened in my head and in my heart though.

Completed
Chief Kim
1 people found this review helpful
by RapmoniNose
Other reviews by this user
Nov 4, 2017
20 of 20 episodes seen
Completed 0
Overall 10
Story 10
Acting/Cast 10
Music 9.5
Rewatch Value 10
I was desperate to watch something new at the time and I never thought I would like this sort of drama since it plays in an office/firm and has a lot to do with business... But I never laughed so hard and so much because of one series. The comedy is intelligent and not cringy like in usual sitcoms. There is almost no romance present, though, but I'm happy it turned out like that! The Bromance in this is strong  and I really was a huge fan of that!
Story:
The writing, how the plot was playing out and how they made a construct of problems and obstacles only to make the character's find a solution which is even more amaizing, surprising and especially: clever!; is what made me being glued to the screen.
Acting:
The actors... don't make me start on them! They did an amaizing job! The acting, especially from Nam Goong Min, captivated me to the extend that I forgot everything around me. Nam Goong Min did an amaizing job of delivering the comedy through facial expressions, way of talking and simple body movements (I have a folder on my computer which is Nam Goong Min's facial expressions only, I swear)
Music:
I don't remember the music that much but I remember that the athmosphere was captivating and on point throughout the drama. The music plays a huge role in that aspect and that's why there is nothing to complain about ^^
Rewatch value:
I can 100% see myself watching this drama again to enjoy the cleverness, unique acting and the overall feel it has!
Thanks for that drama!

Completed
Lucky Romance
0 people found this review helpful
by RapmoniNose
Other reviews by this user
Nov 4, 2017
16 of 16 episodes seen
Completed 0
Overall 10
Story 8.0
Acting/Cast 10
Music 9.5
Rewatch Value 10
I have to admit, I had a hard time watching the first episode, but I was intrigued by the idea for the plot and I was curious about how it's going to play out. I'm usually not a big fan of rom-coms because the usual awkwardness in those types of dramas tend to kill me. I survived for this one!
Story:
From reading the plot summary, I couldn't help myself but trying to watch this. The plot seemed unique to me. I'm glad I checked it out! What really drove the story the most though were the characters developing and their chemestry.
Acting:
I didn't start watching it for the actors at first but the table turned quickly. Ryu Joon Yeol and Hwang Jung Eum made me fall in love with them quickly. I read in the comments for this drama that some people were bashing Ryu Joon Yeol because he "wasn't handsome enough" for them... Let me tell you, while watching this he was the most handsome man in the world for me because of his CHARISMA! His acting, the character he played... I fell so hard for him. The chemistry between the leads was awkward but cute and lovely and I definetly laughed my ass off more than a few times while watching this.
Music:
Not much to say; Good for the athmosphere and fitting depending on the situations.
Rewatch value:
Already watched it twice and would go for a third time.