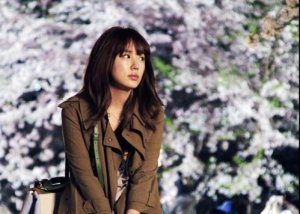 Completed
Reply 1994
14 people found this review helpful
by glamsky91
Other reviews by this user
Mar 4, 2014
21 of 21 episodes seen
Completed 0
Overall 9.0
Story 8.0
Acting/Cast 9.0
Music 7.0
Rewatch Value 9.0
This review may contain spoilers
*NO SPOILERS*
EVERYBODY SHOULD WATCH THIS DRAMA!
First of all I want to start by saying I'm not a newbie in Korean dramas (I've actually completed 66 dramas).I'm saying this not to brag but the review that follows might make you think that it comes from a newcomer that's just excited from finishing their first k-drama,but that's how good this drama actually is.
I started watching Reply 1994 while it was airing and I dropped it on the first episode.After the show was finished I decided to give it a second chance and then I couldn't stop watching.
The story is actually a simple one following the lifes of a family and college students of a boarding house,who just came to Seoul.
Despite the simple plot,the work thats done with the characters is simple wonderful.
Unlike the typical dramas,that usually focus on the leads and leave the supporting roles aside Reply 1994 is all about the supporting roles.
If I analyze all of them this review will take too long, but from the lovable lead Chil Bong Yi (my personal favourite and I think every girl's dream guy) to the crazy father Sung Dong Il evry single character makes this drama what it is.
The acting is strong and allthough I'm not Korean I actually felt nostalgic during many episodes.
You can also relate to the characters at many points since there is a variety of stories and love lines through the drama.
The episodes were so smooth,they actually made you forget about the whole husband mistery and focus on the everyday life of the boarding house.
After many disappointing repetitive dramas "Reply 1994" is a beautiful story that will leave with the sweetest feeling.
That was long but there are not enough words to describe how good it is,watch it and find out on your own ;)

I started watching Monstar only cause I was curious on Junhyung's acting skills,but after watching the first episode I found my self wanting to watch more.The story is a simple one but the characters are intresting.
Junhyung did a great job with his sassy acting and Dahee really captures the moody feeling.No need to mention Kang Ha Neul's charisma (he alone,can be the reason to watch the show :P).I wasn't very satisfied with the main lead,not Ha Se Yoon's acting ,but Min Se Yi as a character.
The other three members of the drama's "team" are kind of cliche,but the actors did a good work as supporting roles.
This drama isn't a master piece but its definetly GOOD.I was watching it while it was on going and I found myself anticipating to watch the next episodes,that means someone did a good job ;P
If you're looking for an easy going drama to keep you compnay in your free time and leave you with a good feeling this is the one.

Dating agency Cyrano is one of the best dramas of the comedy/romance genre.
Its entertaining to watch.Almost every episode has its own love stories so most people can find themselves relating to one of them.
Like all the flower drama series , it gives you a sweet,romantic feeling.
The Acting is very good.I hadn't seen another work of the main actor Lee Jong Hyuk before,so I didnt know what to expect.I thought it was kind of weird he would be colead with Soo Young, cause of the age difference but the chemistry is so good and he does a great job on his part.
Soo Young is also very good (since there is all this bad faith on acting idols) ,her and all the other idols that take part in Cyrano they leave you with a good taste.
One by one the supporting roles add their own charisma to the show.
A variety of stories and characters you can't miss.You must watch this drama(^_^)b

Completed
Plus Nine Boys
2 people found this review helpful
by glamsky91
Other reviews by this user
Sep 5, 2015
14 of 14 episodes seen
Completed 0
Overall 7.0
Story 7.0
Acting/Cast 8.5
Music 7.5
Rewatch Value 6.5
This review may contain spoilers
This drama had potential, but lost it in the way, is well made and in the first episodes you will wonder why was this drama cut to 14 episodes, but as it goes you might get disappointed with parts of the story and some characters.
SPOILERS ALLERT
Ma Se Young's change from the cool girl to the drama queen got frustrating. Her and Jin Gu was my favourite couple at first but then whenever they appeared, I was like not this thing again. Lying to their friends about their relationship was not cool, it didn't bother me that much because they had strong feeling for each other. But Ma Se young playing the victim when in reality the only victims were Jae Bum and Go Eun was annoying.
Da In was another another disappointment. She never talked about her feeling and always left Kwang Su suffering, this kind of love is not fair.
Not to mention the amount of disappearances in the last episodes. There is not a thing that can get more annoying than this. If you have a problem TALK IT OUT, don't let others worry.
That's why Min Su and Bong Soo couple was the best one. Despite their young age they had the most meaningful relationship. They would talk about the things that bothered them and had sincere feelings.

Dong Gu stole the show and Choi Ro Woon is a little star.

Completed
High School King of Savvy
3 people found this review helpful
by glamsky91
Other reviews by this user
Sep 1, 2014
17 of 17 episodes seen
Completed 0
Overall 6.0
Story 5.0
Acting/Cast 7.5
Music 6.0
Rewatch Value 5.5
So I watched "High School King of Savvy" it was not a bad drama but I can't say it was good either.It started well but the drama's charm was fading while the episoodes were going.The characters didnt develop much and some other characters , were forgotten for the sake of the story....The most important thing is that,in my opinion the main couple was not so suitable for each other.Min suk's character is cool and energetic but on the other hand Soo young (the main lead) is a bit of akward (not in a good way) and kind of immature for her age :/Apart of all these negative facts its a sweet entertaing drama but I wouldn't include it in the "MUST WATCH LIST".

Completed
You Who Came from the Stars
11 people found this review helpful
by glamsky91
Other reviews by this user
Mar 4, 2014
21 of 21 episodes seen
Completed 0
Overall 7.0
Story 7.0
Acting/Cast 9.0
Music 7.0
Rewatch Value 7.0
This review may contain spoilers
*NO SPOILERS*

Just finished "You who came from the stars" one of the most famous dramas of this year.
It was a really good drama, but I have to say that I found it somehow overrated .The plot was not so surprising and it had many cliches.
Also except from the leads the other characters,were characters I have seen many times before in korean dramas.For example Yoo In Na as "Yoo Se Mi" is the typical two-faced girl that annoys you all the time or Shin Sung Rok as Lee Jae Kyun,the necessary bad guy of a melodrama.
But despite the cliches , I think "You who came from the stars" is a drama worth watching especially for the good acting.
Kim Soo Hyun did a good job as Do Mi Joon,but the star of the show was Chun Song Yi (in my opinion she was the whole show).Jun Ji Hyun amazing acting skills turned the typical sassy lead,who might have been annoying,into a likable role you couldn't get enough from.
Not a masterpiece but definetly a very good drama.