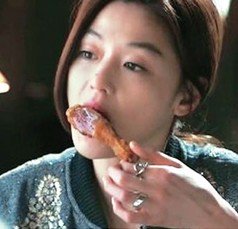 Completed
MARS - Tada, Kimi wo Aishiteru
0 people found this review helpful
by purtysunshine
Sep 28, 2018
10 of 10 episodes seen
Completed
Overall 7.5
Story 8.0
Acting/Cast 9.0
Music 2.0
Rewatch Value 9.0
MARS is an all time favorite Japanese manga of mine and I first watched the Taiwanese live-action adaptation years ago. While it shows its age for sure, I really enjoyed that rendition and thought the production did a good job covering the story. But since it’s been so long, I was really excited to see that Japan finally came out with a live-action version of this classic story.

For a Japanese manga-to-live-action drama, I think they did a good job. It was so short, so they left a lot out (which was disappointing) but given the length, I think they kept what was really important about the story and that is how Rei and Kira both help each other grow through their love for one another. It sounds so cheesy—but they both make such a great couple and it’s so refreshing to see two people who can bring out the strengths in each other rather than just being together for the sake of the show.

I will say that episode 9 was a complete waste of screen time. I couldn’t care less about Makio’s inner dialogue and I was frustrated that they basically wasted a whole episode (or nearly two episodes, since a lot of it went in to episode 10, too) on flash-backs just so we could hear his dark, brooding thoughts. No thanks.

Taisuke Fujigaya was a surprise for me as Rei and I thought he did a great job. Rei is a difficult and complex character to play but Taisuke did especially well showing his gentler side. The looks he gave Kira *swoon*

The production was really “Eh.” I didn’t like the editing and the music seemed out-of-place which all-together made the drama seem aged and of poorer quality.

Overall, I think it could have been so much better, but I am happy with what we did got and will just keep hoping and praying for a Korean adaptation (crossing fingers SO hard).