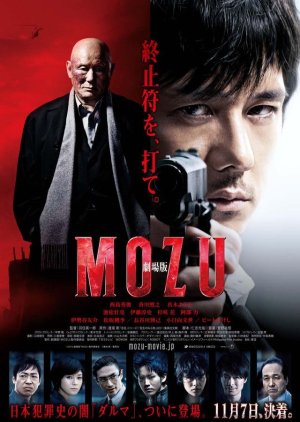 Completed
realdeal
1 people found this review helpful
Other reviews by this user
0
Aug 4, 2016
Completed 0
Overall 7.5
Story 7.5
Acting/Cast 8.5
Music 7.5
Rewatch Value 7.0
Being a fan of the first season and not so of the second one, I'm quite disappointed with this movie. They answered many of those questions from the first two seasons but ended up adding questions hanging. Some may think that they did that on purpose for another sequel in mind but I think their intention is to end this, it's just that they didn't execute it quite well and even some twist didn't make any sense. They did something terrible here which should never happen, they didn't explained what happen in the first two seasons. It has been 2 years since that last installment, so if I got confused what else for those people who saw this for the first time. Don't watch this without seeing first two seasons or at least one, unless you want an instant headache.

70% of the film was shot in my country Philippines, though they didn't mention its name, they just shot here as a location for this fictional place called Republic of Penam. It's obvious that this is a high budget film as there were lots of explosions, they even destroyed many vehicles. The special effects were neat, it didn't look fake, I've watched it with only 360x640 resolution and most of the time you can spot if it's fake with this resolution. The action scenes were superb and it seems they level up this time in this department. This series has amazing music, it's haunting but also catchy, but they didn't capitalize on using it as much this time.

The acting is still solid, though Hidetoshi's character change a bit, he gone van damne mode this time, knocking innocent people around HAHA. Teruyuki kagawa, no need to explain haven't seen this guy fail, also his father and daughter relationship with sugasaki hana is very well played. My favorite characters are still here namely, Shingai and Higashi, played by Hasegawa and Ikematsu, the former providing the comic relief and the latter still cool as he is. As Shingai only appears later in the movie it is Matsuzaka Tori's character provide the gore and creepiness throughout, and Tori played it close to perfection. Other two villains were played by Iseya Yusuke and Beat Takeshi even if they didn't do as much it's still nice to see those 2 well respected actor in this movie. If there's negative here it is Yoko Maki's character, she's just a decoration but it's not the actors fault it's the script.

Completed
yoakezora
0 people found this review helpful
Other reviews by this user
0
May 10, 2018
Completed 0
Overall 8.5
Story 7.0
Acting/Cast 9.0
Music 7.0
Rewatch Value 6.0
I've watched season 1, 2 and the movie in one go, as the story goes through from the begging of the first season and to the end of the movie. So I'll write here about the whole story. The story in itself is nothing new, but it's complicated and has unexpected turns, which I much enjoyed. The acting was so good and the characters though simple, interesting to watch. What I enjoyed the most is the atmosphere, which is created carefully and beautifully through lighting, smoke, rain and long shots without dialogue. The locations chosen are various, complex and really add to the mood. And of course Nishijima Hidetoshi, whom I like so much, is perfect for his role!