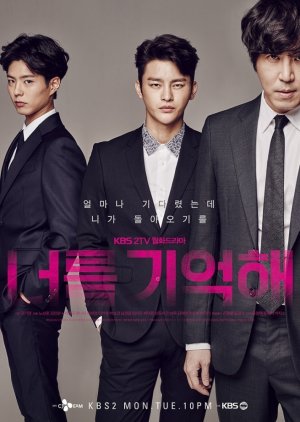 Genius profiler Lee Hyun, returns home to Korea after something from a case he’s been sent triggers a memory he thought he’d lost forever. Unbeknownst to him, one of his team members, Detective Cha Ji-an, has been investigating him for some time. She is aware that his father was murdered and his brother disappeared under mysterious circumstances involving a criminal named Lee Joon Young -- whom they both want found and incarcerated. Each seeks to unravel the other, unaware that they’ve been drawn into a dangerous game of cat and mouse by a master player and that both truth and evil are closer and far more twisted than they think. Edit Translation 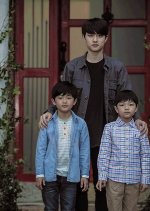 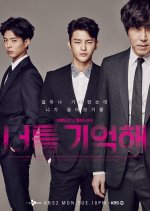 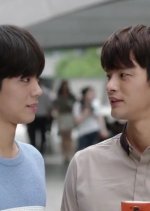 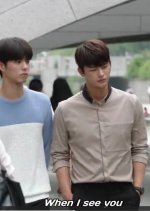 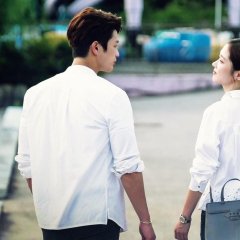 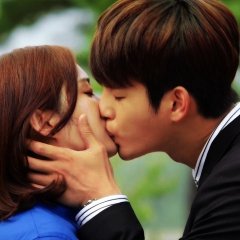 I heard so many things about I REMEMBER YOU but I was quite hesitant to watch it because it's a crime-based story. No, I don't hate crime series. On the contrary, I love it so much that my expectations are quite high when it comes to this genre. I watched this drama without expecting anything. What I did not know was I was in for a big surprise...

STORY - This reminds me a lot of the American crime drama "The Mentalist". The plot is quite similar but the details are very different.
Being a sucker for stories with genius characters, the first episode had me hooked. I had this strange hunger that was only satiated by watching the next episode, then the next and the next until I reached the end... I tried to look for major holes but the writers had really done a great job in connecting every piece of the puzzle and covering up the tiny mistakes.
This drama really stands out because despite of having Crime as it's main core, the showcasing of violence was a lot less compared to other TV series. In fact, the drama is so rich in morals, brotherly love (oh, you cannot miss this), and friendship. I never thought that a crime drama like this is possible.

If there's anything that I feel somewhat lacking is the ending. I am not saying that it's not good, but rather, I was expecting a closure. After all what the characters have been through, I think they deserved a better ending.

ACTING/ CAST - Korean actors are really good, especially in conveying their emotions through their eyes. The actors in this drama are so 'in character' that you would feel their pain, agony, fear and even happiness. Needless to say Jang Na Ra (Cha Ji An) and Seo In Guk (Lee Hyun) did a wonderful job. A special shout out is not enough for Choi Won Young (Lee Jun Ho) who's acting is so superb that I find him really scary now and Park Bo Gum (Jung Seon Ho) who was hands-down amazing. They both deserved an award.

MUSIC - I enjoyed the music very much especially the intro/title music. It gives you the mysterious detective vibe. I actually find it quite similar with the manga series "Detective Conan's" intro.

REWATCH VALUE - I think this one deserves a rewatch. It's one of the dramas that you think you want to watch from the beginning again because you want to know if you missed any details.

OVERALL: This one deserves a standing ovation.

I ended this drama with a heavy heart. Not because it was bad, but because it's so good that I am sure I am going to miss it.

Completed
Sarah
106 people found this review helpful
Other reviews by this user
2
Aug 12, 2015
16 of 16 episodes seen
Completed 2
Overall 10
Story 9.5
Acting/Cast 10
Music 10
Rewatch Value 9.5
This review may contain spoilers
There was no rocky start for this story, from the beginning it was interesting and mysterious. Not only was it smartly written and well portrayed, but the questions it begged to ask of humanity were chilling and hard hitting. Did we as people create the monsters of society? Or were they born as twisted as they appear now?

The plot line of this drama was suspenseful, as Lee Hyun and Cha Ji An discover the horrifying truths of their pasts and of the murderous entanglements that connect them with the people around them, we also begin to draw the lines between whom is truly a monster and those who were created through the circumstances surrounding them. Each murder they take on helps us see clearer whom is behind the deeds of the past and how a monster can be made. This type of story telling gives an in depth view into the eyes of the psychotic, and into the eyes of the ones whom catch them. Both the love story and sense of brotherhood also add onto this story. They give personal connections to the crimes committed and the feelings of those affected.

The cast was superb. As a person whose never been a fan of Seo In Guk, I have to say I find his acting in this drama to be refreshing and consistently suprising, he has officially gained a new fan, as his portrayal of Lee Hyun blew me away. Jang Na Ra's character Cha Ji An though in the beginning seemingly a dismal obsessive police officer, slowly grew into a deep understanding character whose past pains made her into a strong female character. The second leads, were outstanding. Lee Jun Ho's creepy kindness and oddly eerie vibe throughout the beginning of the drama really set the scene. Throughout every scene he was in I had a huge case of the heebee Jeebies, like, my skin crawled. ***(SPOLIERS)**** (Especailly when he touched his mothers bones in the coroners office. That was just creepy). ****(END OF SPOILERS)*** Min's character was also one of complies creepiness and he was also very attractive, and while I try to stay away from mentioning that in my reviews I felt it just had to be said. Min's character gave us so much undertanding of how children's views and surroundings affect their growth and presence in society. His scenes always stole my attention.

The music in this drama had me consistently singing out loud. Especially &quot;Remember&quot;by Dear Cloud, I have listened to that OST so many times since this drama has aired, especially when left with a giant cliffhanger at the end of an episode when I needed to pine over my feelings through song. The OST's was memorable and lovely.

This drama consistently had me guessing and asking myself bigger questions. The plot line and cast always blew me away. It so rewatchable and just so well done. I cannot reccomend this drama enough. 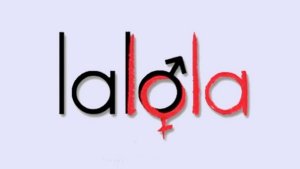 [What If?] A Korean Remake of Argentine TV Series Lalola (lal♂l♀)