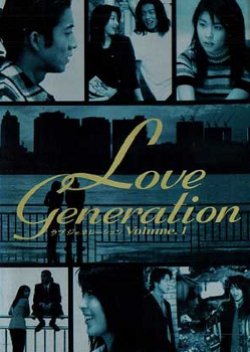 Completed
torii
18 people found this review helpful
Other reviews by this user
0
Feb 2, 2013
11 of 11 episodes seen
Completed 0
Overall 10
Story 9.0
Acting/Cast 10
Music 10
Rewatch Value 9.0
By far one of my favourites. I cannot describe how I feel whenever I think about this dorama. The story is not something extraordinary. Simple, realistic, down-to-earth and it's exactly where its beauty lies.

The acting is in my opinion exceptional. Both Kimutaku and Matsu Takako did an amazing job, their chemistry was simply amazing. The other two actors were also very good.

The music is just like the story, simple and beautiful. The main theme by Ohtaki Eiichi and the song by Cagnet really gave me the goosebumps in every scene.

I've already watched it twice in a very short amount of time and still want to watch it once more.

I find myself smiling like an idiot everytime I recall this dorama.

Completed
meanie
13 people found this review helpful
Other reviews by this user
1
Feb 15, 2014
11 of 11 episodes seen
Completed 1
Overall 8.0
Story 9.0
Acting/Cast 9.0
Music 7.0
Rewatch Value 7.0
Like, like this one! Wasn't sure what to expect but was drawn in right away by the great acting of all its cast. I like the original story line - not the usual love triangle or the murder/mystery or the unrequited love etc etc. What's interesting is that what happens in the drama could happen in real life. It's also a story of redemption and second chances. A story of faith in fellow man and that people can change for the better, no matter what has happened in the past.
Was this review helpful to you?

Completed
khjfan01
2 people found this review helpful
Other reviews by this user
0
Aug 23, 2014
11 of 11 episodes seen
Completed 0
Overall 5.5
Story 6.0
Acting/Cast 9.5
Music 8.0
Rewatch Value 2.0
Love Generation is one of the most boring dramas I've ever seen in my life. It took me like 4 years to finally finish it. I was so close to dropping this one, I'm not even kidding. Kimutaku was the only reason why I kept watching till the end. Most of the characters are so flat and 2-dimensional. And did I mention boring? But the thing that made this drama so unbearable for me was the female lead, Riko. Omg I can't stand her. I don't think I've ever come across a jdrama female lead I despised as much as her. Maybe despise is too strong of a word, but I feel like dislike is too light of a word to describe how I feel. This character is sooo annoying, it's not even cute. And she looks like a freaking chipmunk which makes it all the more worse. This character is incredibly clingy, insecure, and pathetic. "I can't live without you, Teppei." She really makes me sick. I swear she forced herself on Teppei. And then guilted him into liking her. She's suppose to get everything she wants, and everyone is suppose to feel sorry for her when she doesn't. The definition of selfish and self-centered. I cannot like her at all. And we're suppose to root for her and Teppei? I would've much rathered if Teppi ended up with his ex-girlfriend. She ripped his freaking picture that meant so much to him! She has no respect towards him at all. So not only is the story boring and stupid, but the female lead who I'm suppose to root for is totally insufferable and obnoxious. I could never rewatch this drama again. It was a chore just to watch it the first time. DO NOT RECOMMEND. Not even Kimutaku is enough to save this crap. My rating of 5.5 is a freaking gift.

Completed
YueofBlueGables
1 people found this review helpful
Other reviews by this user
0
May 15, 2017
11 of 11 episodes seen
Completed 0
Overall 8.0
Story 8.0
Acting/Cast 8.5
Music 8.0
Rewatch Value 8.0
I admit it, I was not very attracted to the story the first 5 minutes, mainly because it is an oldie and you can tell that it is. The quality is poor, I downloaded one that is so LQ that the faces are mostly pixelated. This is the first time I watch a real old dorama. Hell, I was in Middle School when this was released. I was a BSB fan, and not interested in Japan at all (wow, I was missing so much!). The thing is, Internet was a rare phenomenon, and I did not have access to it like I do now.

So once the shock of watching such a LQ dorama passed, I was hooked with the story. It has a Mexican soap opera feeling; the angles of the camera, the old soundtrack, the clothes... Even that apple in the middle of anything was so soap-opera-ish. I did not understand what it meant, although after half of the episodes, I kind of understood (the banner says "True love never runs smooth"; and it is obvious Teppei's and Riko's is True Love).

The story is a slice of life, a romantic one with several misunderstandings. Because the dorama has 11 episodes only, the misunderstandings don't last long (thankfully), but they happen one after the other.

All I can say is that the script was so well done I was immediately hooked, and it did not matter that I did not like most of the characters. Out of 5, I liked 2. I disliked the others intensely.

- Riko, played by Matsu Takako. She can act, that is a big plus. Besides, I liked her personality. I like that she was so different from Sanae, that she was so easy-going and mostly annoying, but at least, very honest. Every time she cried, I was tearful. Poor girl, she suffered so much, but she never gave up! I admired her, because if I was her, I would have given up since episode 3.

- Eriko: Her best friend, interpreted by Fujiwara Noriko. She was a cheerful girl who was always there to support Riko-chan.

Before I start with the "who I did not like", I want to say that Kimura looked his best here. Not only he is younger (duh), but once he cuts his hair (or it is cut by someone else hehe) he looks really good. Nice haircut, simple but very sexy.

- Teppei: while it may be true that KimuTaku looks his best here, it is also not his best role. Sure, Teppei is a "kakkoi" guy, he is a hard-worker, a nice friend and co-worker (what guy would be so nice to not have yelled at the girl who cut his glorious hair?). He also has his moments where the female audience would go "awwww" (such as when he hugs Riko from behind.. or when he runs to her hometown once he hears she is having an omiai). I had Shingo in mind during these scenes. There was a corner in SMAPxSMAP where the guys had to decide between A or B, which action is best liked by women? And according to Shingo, he had Kimura's characters in mind to decide, because Kimura's character are like, the epitome of Hero in a Romance. Well, not really. Teppei is not only a lecher, but an awful boyfriend. He makes Riko suffer constantly; he plays two sides. The only option Riko had was to trust him, and how could she? Even I had my doubts whether he really loved her or not. And once he hurt her, and she ran away, he went after her to do, what? To stay in front of her and be quiet? Say something, damn it!

Another thing I hated about him, but I guess it is all Kimura's, is that bad habit he has to smoke every damn time. In the office. Inside the taxi. At the bar. In his department. I hate smoking, and I hate that Kimura has, in that time already, smoker mouth (gray lips, stained teeth). Not appealing at all.

- Soichiro: what can I say, the Katagiri brothers are the worst. After he commits the worst crime a man can do to his fiancee, he has the nerve to ask for forgiveness. What an ass.

- Sanae: although she is nice and does not have ill intentions towards Riko, I could not stand her. The main reason is that I hate her type: perfect ex-girlfriend, perfect housewife, soft-spoken, always there with Teppei even when they have broken years ago. So fragile she needed Teppei (Te-chan **sneer**) always there for her (and the stupid guy who had to comfort her even when his Girlfriend was there suffering). Besides, first she "loves" Soichiro; then turns out, she has always loved Teppei, and at the end, she wants to try things over with Soichiro. Make up your mind, woman!

To me, the story was somewhat similar to Inuyasha (I love that manga/anime). Teppei is like Inuyasha (although Inuyasha was more sensible, and he truly appreciated Kagome), even their personalities were alike: serious, rescuing whoever needed him. Riko is like Kagome, suffering because her love one cannot forget his first love. And although she suffers and cries because of him, she cannot go away. Better to suffer than not being with him. I cannot say Sanae is like Kikyo because she is not... at all.

There is not a single boring moment on these 11 episodes; true, there were times where I was biting my nails because of certain misunderstandings (although I was always rooting for Riko, and if she misunderstood something, it was for a good reason). I would recommend it to people who likes or liked to watch Latin soap operas.