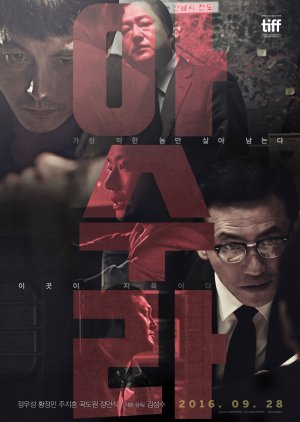 Detective Han Do Kyung, who for years has been secretly doing dirty work for the corrupt mayor Park Sung Bae, is now pressured by a ruthless prosecutor Kim Cha In to cooperate in an investigation against the mayor. Feeling trapped, Han persuades his young partner Moon Sun Mo to take over his work for the mayor, but things start to get tangled in unpredictable ways. As things are getting worse, only the evilest survive in this dog-eat-dog world. (Source: CJ Entertainment) Edit Translation 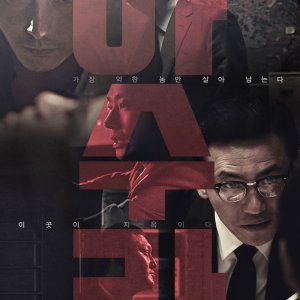 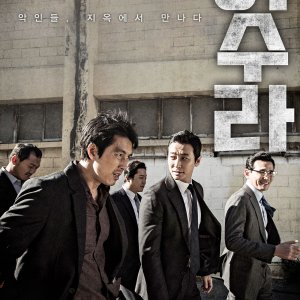 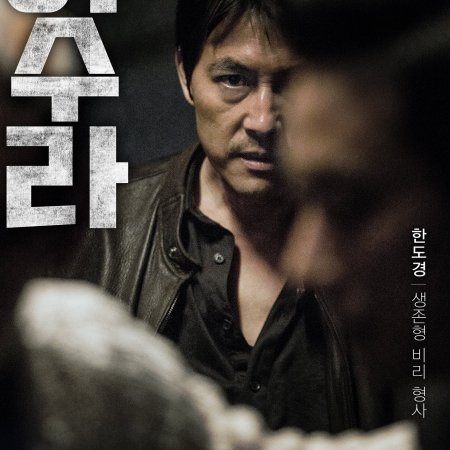 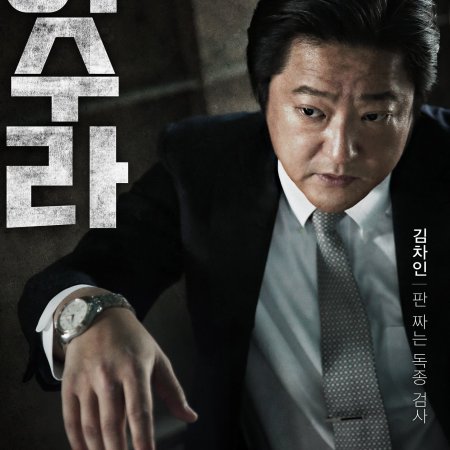 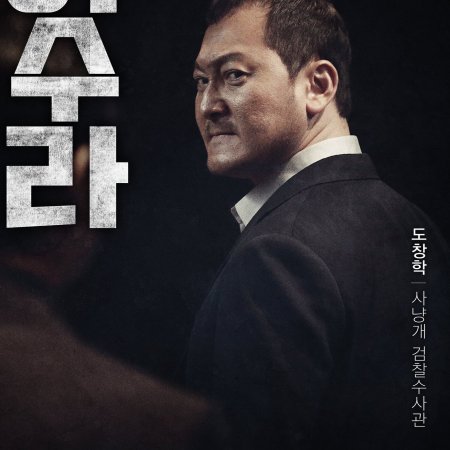 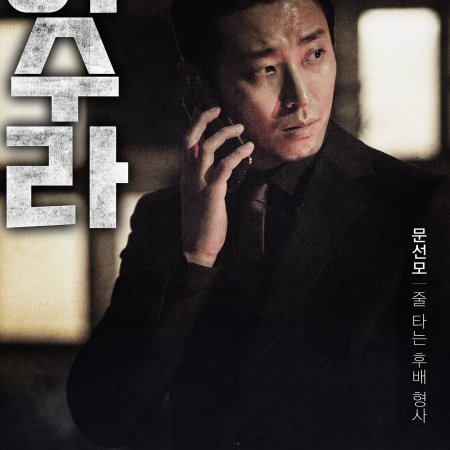 Completed
Dandelion
1 people found this review helpful
Other reviews by this user
0
Mar 2, 2018
Completed 0
Overall 9.0
Story 9.0
Acting/Cast 10
Music 10
Rewatch Value 9.0
I was very lucky when I watch this movie at TIFF(Toronto International Film Festival) and see the actors and directors directly too. The movie is just amazing. The city design was made by computer and looks very realistic. The action is also top notch and the end was pretty unpredictable.
There will be a lot of blood in the movie. If you are weak to such movies, then don't watch it (it has some brutal and disturbing scenes).
I like the fact that the lead has some flaw in his character. He is by no means a good cop. But by the end of the day he some good points and what happened to him is just some tragedy. One of the best Korean suspense and thriller movie.

Completed
PrashastSingh
1 people found this review helpful
Other reviews by this user
0
Mar 18, 2018
Completed 0
Overall 9.0
Story 9.0
Acting/Cast 9.0
Music 9.0
Rewatch Value 9.0
South Korean action films are quite amazing and interesting to watch because of the kind of action they offer: unique and different. Due to being an action film lover, I found out about this action flick ASURA THE CITY OF MADNESS, and decided to watch it. Though there were initially some negative reviews on IMDb criticising the film's violence, I wasn't diverted at all and continued with my decision to watch this film. And I found it to be brutal, intense and enjoyable.

ASURA completely belongs to Jung Woo-sung, who handsomely plays his part. This time, I was seriously impressed with Hwang Jung-min. I haven't seen any other of his films except this one and the disappointing NEW WORLD, but I can say that this is his like the best performance he's ever delivered. No words for Kwak Do-won: he's an actor who plays every single role naturally and as usual, brilliantly.

The screenplay of the film is fully engaging with decent performances, action sequences, chases and everything you can expect from the film. And there's not only brutality: there's a lot more than that in this film. It raises questions which we perhaps come across daily. The answers lie in the questions themselves.

The action is this film's biggest strength. The well-choreographed action has a great repeat value as well. It's excellent enough to satisfy any action lover. Besides, the emotional scenes too generate emotions from the viewers, and in the end, you realize what anything bad can lead to.

ASURA is indeed the perfect example of how mad we the humans actually are. It doesn't only entertain you with its high-octane action but also strips before you the layers of madness a human mind has and can have.

New Topic
Be the first to create a discussion for Asura: The City of Madness