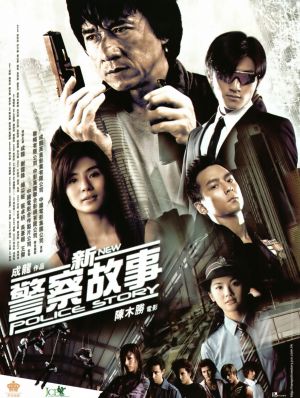 Welcome to the next generation of POLICE STORY! The once famous but now disgraced Inspector Chan and his new rookie partner, Frank, are headed towards an action-packed showdown with a sadistic punk gang. It's a new breed of criminal for sure, but never count out an old pro when it comes to solving the twists and using his fists! Edit Translation 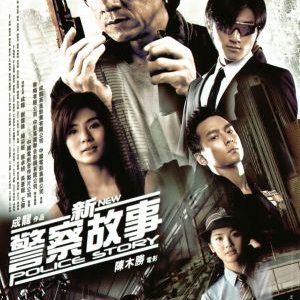 Completed
silent_whispers
2 people found this review helpful
Other reviews by this user
0
Jan 31, 2017
Completed 0
Overall 8.0
Story 8.0
Acting/Cast 8.0
Music 5.0
Rewatch Value 8.0
Okay, okay maybe some nostalgia is showing in my rating. However, I don't care. Old school action movies like this are my bread and butter. Especially series. Lethal Weapon, Die Hard, and of course the Police Story franchises! Sure they all of their issues. Especially where female characters are concerned.

At this point I can't remember which Police Story got me into the franchise. (Pretty sure it was number 1 or 2.) However, I remember New Police Story with the fondness. Not only for feeding my love of this series and Jackie! But for introducing me to full blown man candy obsession (AKA Asian dream boat) through Tse Necholas as Frank. Wowza!

That aside it also brought the franchise on pare to the level of the current action movies world wide at the time. The graphics were decent enough, but it ruled over the practical effects making it a real treat as stunt doubles and cheap computer effects become more prolific in American stuff. (Practical effects are where it's at if you didn't notice my franchises of choice.)

The story may be over the top, but at least it tried! Don't you miss that? When action movies knew they were clichés, but still always tried for something new and unique!!?

Now I will address the female side characters sins of the action movie that, while I ignored them, need to be addressed. The female lead's love interest was a damsel, it is balanced out by herself sacrificing . . . but she's there to be a hostage. The police girl is cute and fun--yes I enjoyed her. But she's in the role of computer tech nerd . . . that doesn't get to do much. The villainess lead is of course the weak link and there to show us just how evil the main villain is. I was so disappointed by how and where her character ended up.

That said it's a ton of fun! The hero becomes the underdog and has to go up against the world. Of course despite everyone blaming him and breaking his pride, they truly support him. The action is Jackie great and as always I love seeing the bloopers at the end. (When that glass case fell on him prematurely I couldn't believe it. If his costar hadn't caught it things could have gone really bad.) A typical plot, but with fun new hijinks.

The plot has holes. Jackie's character was a bit unsympathetic to how he treated his fiancée. Plus, rich gamer kids? That's something different for villains! I applaud the writers for trying to make the dastardly villain have a backstory and relatability. Attempting to address physical and psychological abuse. It's affects on a person. Not to mention that moving little backstory and character connection.

That said the music didn't do much for me except the song in the credits. Visually it's great for its time. I have and will be rewatching this again.

Overall if you love classic action movies this is a great place to start. Technically you don't have to be familiar with the franchise because this has nothing to do with the first 4 movies. (As technically the 4th one as supposed to be part of the franchise.) Jackie plays a new character from the original. No longer is the Police Story comedic action. This one brought it into the era with grit and angst. I miss original concepts and ideas, but this was still brilliant. Jackie and his costars to great stunt work! The shots are ambitious and I'm impressed by the director. They couldn't bring May or the original concept back, so they took a risk. It paid off big time! Yeah!

Completed
Senpai
0 people found this review helpful
Other reviews by this user
0
Feb 2, 2018
Completed 0
Overall 7.0
Story 6.5
Acting/Cast 7.0
Music 7.0
Rewatch Value 5.0
The story of a  decaying Chan Kwok-Wing inspector, stumbling into a thoroughly drunken  bar and refusing a cab ride, because the driver recognizes him and does  not want to clear his "vomit." Chan eventually collapsed  into an alley, sleeping stupor, but what brought him so low, what  terrible incident in his past made him stay in this state? To  answer this question, we must travel up to a year ago, where he was a  successful cop and caring for criminals with ease ... So the story goes  on ... With the misery and the attempt to prove the cuts the film  emplaca and, it becomes more enjoyable with an unarmed of  time and ending with a fight in the modern block of Hong Kong business  is not very innovative, but enough to hold attention.