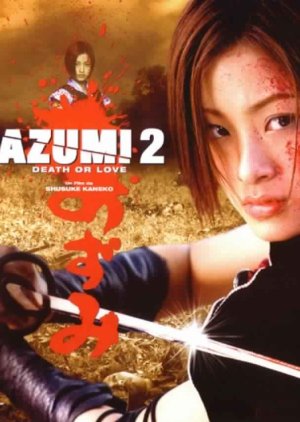 It's been some time since Azumi and Nagara finished their grueling training as lethal young assassins in the service of the shogun, a training that finished with the ruthless final test - to kill their longtime training partner (in Azumi's case, Nachi, who could have been her first love), or perish themselves. The bitter memory of this cruel moment still haunts Azumi, but then, so do the hordes of brutal killers who pursue her and Nagari, now hunters and the hunted at the same time. A civil war is brewing, and the pair's mission is to stave it off by assassinating those who would wish to see it occur. Their main target is Masayuki Sanada, heavily protected by a small army of killers, but on the way they encounter a colourful gang of bandits, one of whom, Ginkaku, is a dead ringer for the late, lamented Nachi. Edit Translation 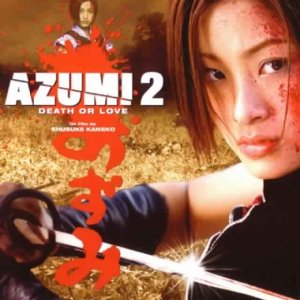 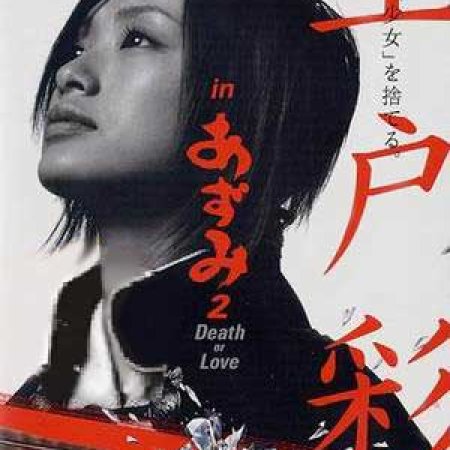 Completed
NewKDramaAddict
2 people found this review helpful
Other reviews by this user
0
May 11, 2013
Completed 0
Overall 8.0
Story 8.0
Acting/Cast 8.0
Music 7.0
Rewatch Value 8.0
As long as you suspend disbelief on some of the action; especially the ending, it is a very good; brutal action movie. As usual the stunts and fighting sequences were definitely fun to watch. From beginning to end, the action was there. But beware, if you seen the first, this is a little bit more gruesome than the last. It is definitely a martial arts fan's dream! If you are looking for anything other than action, you may want to skip this.
Was this review helpful to you?

Completed
insertrandomcoolname
2 people found this review helpful
Other reviews by this user
0
Nov 27, 2012
Completed 0
Overall 8.0
Story 9.0
Acting/Cast 10
Music 6.0
Rewatch Value 8.0
Story: I don’t want to give away too much so I’ll just make this brief. I prefer the first one better, most sequels don’t seem to live up to the expectation left from the first movie. This isn’t the case. It’s just as good and as if Azumi 1 and 2 are just one long movie despite the two year difference. It was corny at some parts but the fight scenes are just as good as the first.

Music: It’s just as I said for the first Azumi, “It wasn’t too modern or loud. It was quiet, in the background adding to what was going on.”

Cast/Acting: Another outstanding performance from Aya, making us believe she is an actual killer. This time we got to see more of Oguri Shun. And while this isn’t his best work he did a good job. Noble, yet willing to do what ever it takes to survive.

New Topic
Be the first to create a discussion for Azumi 2: Death or Love