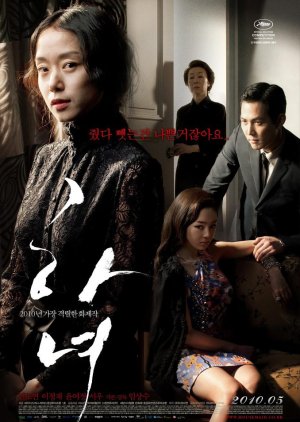 Eun Yi is a playful young woman, a good match for a job as nanny to a precocious child, Na Mi, the daughter of a wealthy couple, Hae Ra and Hoon. Hae Ra will soon have twins as well. The majordomo, Mrs. Cho, is the household's cold stone center. Before long, Hoon seduces Eun Yi, and when Mrs. Cho tells Hae Ra's mother about the affair, Eun Yi is up against women with wealth, power, and no conscience. Can Eun Yi maintain her dignity and perhaps even put the family in their place? (Source: IMDb) Edit Translation 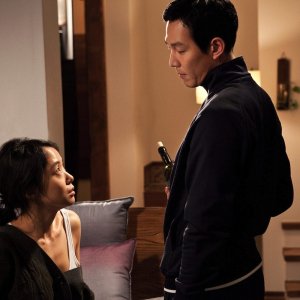 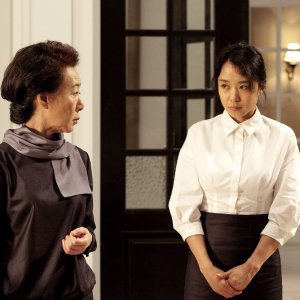 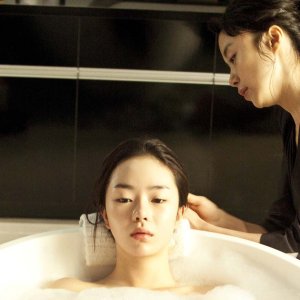 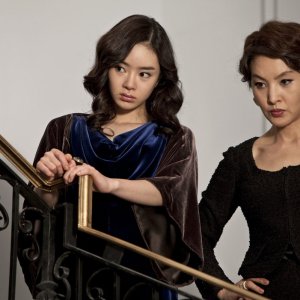 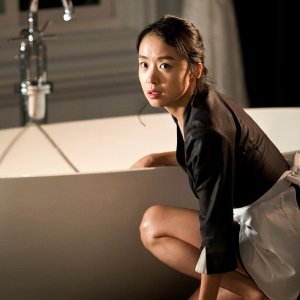 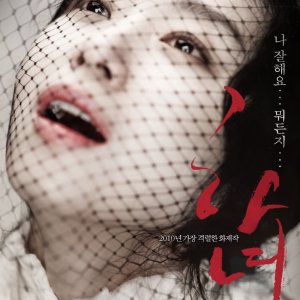 Completed
nanaskura
12 people found this review helpful
Other reviews by this user
0
Jul 5, 2013
Completed 0
Overall 8.0
Story 9.0
Acting/Cast 10
Music 8.0
Rewatch Value 7.0
This movie is definitely not for someone who wants to watch something for thrills or obvious entertainment--it's a much subtler film.

The plot line, on the surface, deals with a young woman coming in to nanny for a rich family. Naturally, as you would expect from a movie like this, she gets in way to deep and begins an affair with the attractive, domineering husband. The story line then develops further from there and we are thrown into what we can only imagine is the shallow end of the lengths these people will go to to protect their image, their wealth, and their family.

The movie very intelligently weaves a cast of characters and a story that gives us an intriguing look into the world of the wealthy and the privileged. They get what they want, when they want it, and will stop at nothing for it.

The acting was superb. There was not a single actor/actress that I didn't believe in their portrayal of the character--even in the case of the child, and I have a hard time with child actors usually.

The cinematography and editing were wonderful. The director really knew how to play with angles and to give the viewer just enough to immerse us in the story but not so much that it overwhelmed our senses. The lighting perfectly suited the moods and the choices made for scenes were very smart.

Only one small thing bothered me at the climax, but mostly on the basis of physics and I didn't find it entirely necessary, but you can be the judge when you get there. This movie is also not suited for anyone who is sensitive when it comes to nudity and sex. There is definitely some of that in there.

Overall, I thoroughly enjoyed it. I went in knowing that it was a movie I would need to think about and pay attention to--much like American Psycho, which seems superfluous if you don't get all the connotations behind it.

Go in with an open mind, and a thirst for intrigue, sex, and drama and you won't be disappointed.

The movie is completely disappointing. The "storyline" was like when you are reading a book and you accidentally skip a few pages and then feel lost, but this was like it skipped full chapters. The acting was sort of like a very bad makjang drama. I've seen some of the actors in dramas and this is not they usually act. So, maybe it was asked of them to do it this way. The housemaid, what did she do? What did she gain? I wish she would have done more, but I think she forgot and skipped right to the ending of her plan. The music was mediocre and forgettable. The ending... I can't even describe the scene since the only thing that comes up to my mind, for some reason, is that the "Addams Family" is normal in comparison to this family. This is a movie that shouldn't be watched once much less twice.

This won awards? Why?