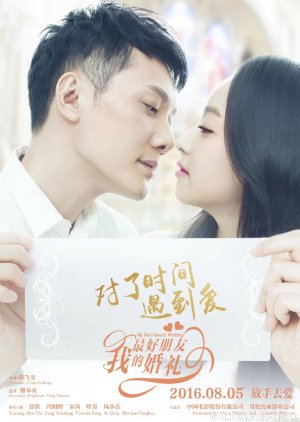 Growing up together, Lin Ran is not only Gu Jia's best friend but whom taken as a backup boyfriend unconsciously, until one day Lin Ran announces his engagement with the naive and rich Meng Yi Xuan, and Gu Jia determines to win him back. ~~ Remake of the 1997 classic. Edit Translation 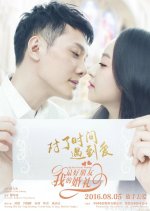 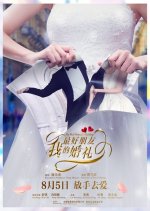 Completed
Lorrapatricia
1 people found this review helpful
Other reviews by this user
1
Nov 27, 2017
Completed 1
Overall 5.0
Story 3.5
Acting/Cast 5.0
Music 5.5
Rewatch Value 1.0
5/10 This is one to skip if you don't want to have that annoying  aaargh! feeling in your throat and that ugh! feeling in your chest.  Gads!  I had a real empty feeling after this drama, ..like I just watched freakin air and smoke curling for an hour then it rained.  You're left feeling that something isn't right when nothing is wrong.  Actually all the chemistry was with the leads and not with the bride at all.

1. best guy friend likes Bestie girl from childhood
2. she takes her Bestie guy for granted and blows him off
3. so he finally finds somebody else
4. Then wouldn't you know it?  Bestie girl suddenly wants Bestie guy PASSIONATELY and guess what he does?........
5.  The male lead was ok.  A stand up guy. :/  but I feel like his lines were all about battering me and his Bestie with how "Wonderful, exquisite and perfect" his girl was.  "I was adrift for so long, now I'm finally getting married. Yay!"  (:/ ugh!  Gads.
6. All the chemistry was with the Bestie and there was none with the bride though the writers did their best to try to convince me there was.  This guy should definitely be kissing his Bestie.

The PROBLEM with this drama is the writers make it so that I end up  kinda-sorta  wanted him to dump the fiance.  (we don't even know her  anyway) cause we feel for this lead who has done that Jackass thing that  we have all done at some point and time in our lives and end up  regretting terribly - take our nearest for granted until it's too late  and we lose them to whoever or whatever.  We want to correct that  mistake through this drama ;) and as I watched  (though granted, the  heroine is light and fickle and so very wrong)  I rooted for her :P  The writers put me  65% on the antagonist's side for this one and I don't actually know why.   It's an odd feeling when actually, I should be laughing her to scorn, thumping her Bestie guy on the back for "showin' her!"  and congratulating the Bride on her catch.

Another MAJOR mistake the writers made was not giving the bride any depth.  Because of that, she was like an intruder to me (although she technically wasn't). I found myself actually disliking an innocent person while sympathizing and also disliking the Bestie all at once for the stupidness she did in the past and present.     So weird!   This movie was not worth me dealing with those kinds of twisted emotions.  Definitely not.  :(

This would have been better as a drama series (although there are a trillion of them with this plot already).  I'd prob. give it a 6 -maybe.

Completed
LeeJaeShin
2 people found this review helpful
Other reviews by this user
0
Dec 28, 2016
Completed 0
Overall 6.0
Story 6.0
Acting/Cast 8.0
Music 6.0
Rewatch Value 3.0
This movie was mediocre. There were no twists and turns. The flashback scenes did add to the story and make it more relate-able. This movie is something everyone has seen before, and there is nothing the creators do to make it stick out.

The acting was okay. The lead did a good job, but it was nothing spectacular. The music did not stick out either. The one thing that did make this movie memorable was the White guy Nick, who was actually a lead. His Chinese was perfect and his character was rather charming.
Was this review helpful to you?