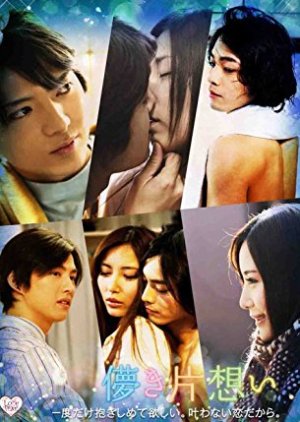 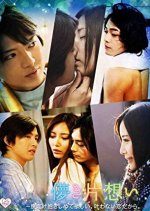 Completed
KainGuru
1 people found this review helpful
Other reviews by this user
0
Mar 27, 2017
Completed 0
Overall 7.0
Story 7.5
Acting/Cast 9.0
Music 10
Rewatch Value 5.0
A love triangle between a guy and his supposed "girlfriend" and another guy who is his "boyfriend."

STORY: This is the super common trope of the girlfriend being the third wheel. Other than that, the story is rather short and there's a lot of scenes with no dialog even though enough is said by the activity and body language. At least there is no tragic ending; everyone survives this film.

ACTING/CAST: I really liked the girlfriend's part. I think she played it well. The other two actors were decent though this film was really too short for any real character development.

MUSIC: The main song of this was quite good. I really liked it. It poetically summed up the whole movie in one song. I'm going to listen to it again.

REWATCH VALUE: Not enough here to really want to see it again.

TL;DR: Short story with a tired out trope of a guy who strings along his "girlfriend" as he really wants to date another guy.

Completed
Daisuke
1 people found this review helpful
Other reviews by this user
0
Oct 9, 2016
Completed 0
Overall 9.5
Story 9.0
Acting/Cast 9.5
Music 10
Rewatch Value 9.0
Very well done short movie, it shows the gay-straight love triangle really well from the woman's point of view. For me Aono Miku (Kanako) steals the show from the delectable Saito Yasuka (Souta), while poor old Arai Yusuke (Doumoto) is definitely the villain of the piece! She gives a heartfelt performance. She's a lovely woman too. Now that I've seen both parts of Love Place (in the wrong order - but it doesn't make a whole lot of difference), I can see the irony between Parts 1 and 2 in how the impact of the love triangle affects one boy in the first and the other in the second part. Ravel's Bolero is a bonus. As is the catchy song at the end - although, as we say in England, you can have too much of a good thing (3 repeats?!).

New Topic
Be the first to create a discussion for Love Place: Hakanaki Kata Omoi - Gaiya no Koi