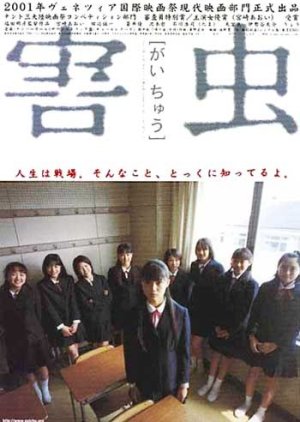 An interesting and unique movie about a messed up 13 year old girl called Sachiko. Her father's dead and her mother tries to kill herself. She feels all alone and alienated so she skips school and hangs out with a couple of misfits whom she feels a connection of sorts. However, happiness doesn't seem to last long for her. Edit Translation 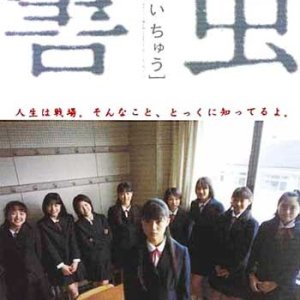 Completed
Lhuna-chan
4 people found this review helpful
Other reviews by this user
0
Mar 31, 2015
Completed 0
Overall 8.5
Story 7.5
Acting/Cast 9.5
Music 10
Rewatch Value 8.0
Yet another story of troubled teenager and the social issues of being excluded. Yet, it's not just another story since it is told in a really explicit and very tacit way at the same time. It's not an easy movie, that's for sure.

The movie depicts a 13-year-old girl, whose recent years left her as an outsider. Having lost her spirit she detaches from regular life as well as her friends. The alienation leads her to (un)conscious searching for something that would give some meaning to her life. And that's where the typical story ends. Taking path that is difficult to define (destructive, excluded, hopeful?) she slowly falls into the abyss of loneliness (or so it seems?).

The number of questions in even the simplest try to introduce the plot comes from the art of directing. The artfulness of the movie is hidden in the very taciturn way of the use of words and music. It follows the doctrine the less is more where much has to be deducted from the scenes and the way the sounds are distributed (muted parts). Having said this, music in this movie plays an important mood-building role. To say it more distinctly - if the credit music gives you -not to spoil- deep emotions, the movie served it's role.

The acting cannot be left unmentioned. Miyazaki Aoi, then 16, did a marvelous job, her acting was pure and innocent on one hand as well as plain and emotionless that suited perfectly the portrayed character's lack of direction. Also Yu Aoi's acting shined. Her cheerfulness mixed with the feelings of empathy made her character, almost, the only positive one.

Other supporting creations are noteworthy as well. One can easily find the reasons for Sachiko's, main character's, actions from their behavior.

All in all, it's a complete picture, that definitely might be difficult to digest by some people as well as marvelously epic for others.