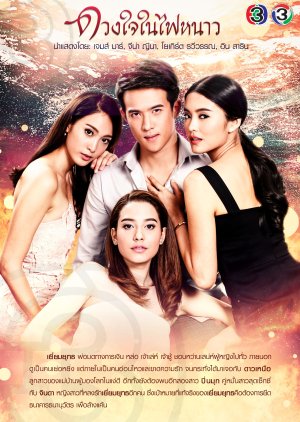 The story of a young millionaire and a talented financier, who was nicknamed the 'God of Economics'. Yiamyuth - a proud and charming guy who believes that in life there is nothing more important than money. Outside, he seems cunning and irritable, but it's all just a mask that he wears because of his lack of love. At heart he is understanding and sensitive. Abandoned as a child by his parents, Yiamyuth does not believe in love and uses women only as a mechanism to achieve his goals. When he learns who his father is, he decides to take revenge by taking over his father's company. There he meets Dao Nuer - a carefree and cheerful, but poor girl. At first, they don't get along well and bicker all the time, but they gradually start to develop feelings for each other. Dao Nuer will help Yiamyuth realize the value of love and will do everything for him to abandon his revenge. (Source: MyDramaList) Edit Translation 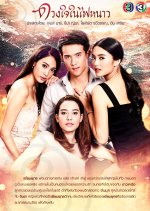 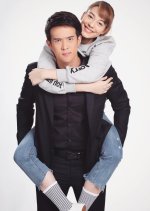 When The Plot Gets Sticky!

This review I write for the Drama/Lakorn fans like me who first and foremost look for reviews and browse through comments [on MDL page] before starting a show and despite all the warning and praise always watch it and love or hate it, respectively, against the reviews and comments (provided, I am not the only one). Hence, I will try to keep it as brief as possible which is a tough task for me as I am used to rambling riotously. (Can you tell!)

The description of the show is almost right. It is regarding a man set off to taking revenge for the wrong done to his family. And there are these three women, who are posing about him in the poster, he gets involved with along the way. The rest is a little bit (sorta a lot) altered through the show.

I wanted to watch it for the sole reason of James. He's a fantastic actor. Versatile at that. He can shine even in the role of a light pole (no pun) with his rainbow expressions. Therefore, I feel the show was unfair to him. The first episode was as per the description but lost its story from the next. It seemed the director or the writer was snoozing until the last few episodes.

The hero's journey which was supposed to be avenging his family's misfortune soon became something else. Like he couldn't quite stick to his own decision. Every scheme he plotted against the apparent evil-doers either got lost in the middle or ended up him having filled with guilt, for one reason or another. He appeared to have bitten off more than he could chew. He was supposed to be this charming manipulator who flirts with women and uses them for his purpose (without conscience, I believe), but I didn't see that. Even though he flirts with two girls and the third one was collateral, and totally inadvertent, he was not a complete despicable jerk, which I expected him to be. And the other adjectives like; "God Of Economics" (ye right!), cunning, irritable and whatnot, was obviously thrown out of the premise during the process of the show. Him being rough outside and soft at heart was half true, as in, he didn't seem rough from anywhere. A lot confused though. His track was utterly mishandled. Poor JM!

Now coming to the last few episodes, the writer was [definitely] kicked in his shins to wake up from his slumber and made to write a new track. This time for the FL instead. Therefore, from episode 10, the show became anew and focused on the heroine's journey of revenge. And how I loved her calling out all the Baetches!

The new actress was A-mazing from the beginning. That's the one good thing the writer did for the show, writing a strong female lead. In the beginning, she was lugging around all the obligation and gratitude to the family, that is her "benefactor", and her folks' employer, and also her duty towards her own family. But towards the last episodes, she stripped off all the niceness and went against the foes head-on. The best part of the show. For this only I could manage to finish it. Gina was an A+ from the go. She has a strong presence and I'd love to see her more this year.

I cannot rate it in entirety since it's like two different shows. It concluded way better than started. And I might re-watch just for the last few episodes and the great chemistry (that's a staple in a Ma starrer ). I always like stories with strong female leads. And if they are kicking butts and taking names (even metaphorically), I tend to visit again.