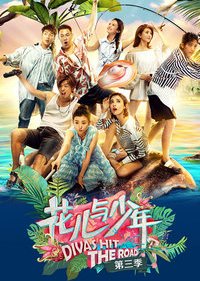 Completed
Joanne
2 people found this review helpful
Other reviews by this user
0
Dec 1, 2017
12 of 12 episodes seen
Completed 0
Overall 10
Story 10
Acting/Cast 10
Music 10
Rewatch Value 10
I absolutely loved everything about this show!

This show is about eight celebrities who travel to South America, Africa, and Australia, under conditions where they are restricted from contact with anyone other than their traveling companions, and will manage everything on their own without the help of their managers, personal assistance, and the TV crew. The group assigns roles for some members to manage (such as a money-handler, because they are given a budget) and the "tour guide" is assigned by the TV crew. Although this is a reality show, it does have multiple messages/themes that are presented within the show. The show reinforces and hits hard on friendship, trust, frugality, family, and independence. Throughout the show, the audience gets to see the experiences of these celebrities and how they deal with their emotions, behaviors, and physical state when they are pushed to their limit. At the beginning, it was clear that some members felt lonely, tired, and uncomfortable, but each and everyone of them remained determined and held together until the end.

Personally, I feel that I have learned so much from this wonderful show. There were so many times where I could feel what the members were feeling, and there were even scenes that had brought me to tears. I remember best the scenes that sent out very strong and important messages. One of them, where I had cried during was when they were in Rio and Zu'er was alone, which reminded me of how Chen Bolin was alone in Africa, as well. It was an emotional moment only because they were thinking of their families and travel companions. Zu'er was surrounded by crowds of people, in a foreign country, that were living in the moment with friends and family, while she was standing alone, and it not only affected Zu'er but as the audience we learn to appreciate having certain people in our lives. As the audience, we can see that being away from those that we care about is a terrible feeling. Another scene where Zu'er feels this way is when she finds the money her mother secretly stashed in her shoes, this immediately caused her to tear up and think of her mother. During the time there we could see how much Zu'er, an eighteen-year-old girl, who at such a young age is separated from her family for so long, begins to miss home. Towards the end of the show, the team faced money problems and held a discussion to solve the problem. This revealed the idea of not living so luxuriously all the time, like spending money on food that doesn't get finished and then trashing it. It was truly emotional to see how these celebrities' persevered through the hard living conditions and tasks.

Overall, I highly recommend this reality show. It is fun, care-free, enjoyable, educational, and has such a great cast. Everyone has their own merits and they are certainly a funny crew. As a audience member, this show has inspired me to want to travel to Africa and become a volunteer for a short period of time.